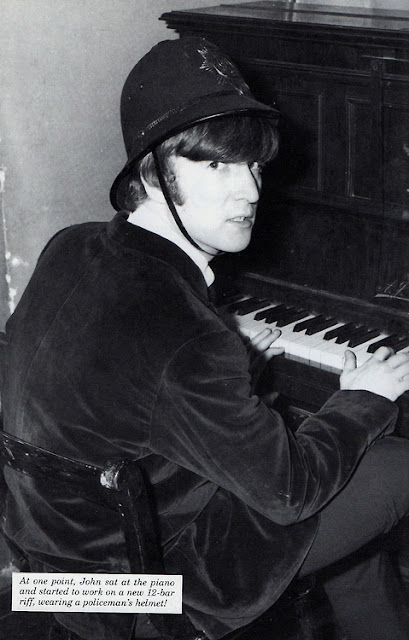 Written in Rishikesh and originally titled Obla Dee Obla Da, the received narrative about this song is that Lennon hated it and furiously forced it over the finish line, propelling the band at breakneck speed with his drug-crazed piano playing.

McCartney was always the musical visionary who could complete what Lennon started but on this song the tables were turned. For once McCartney was at sea musically and it was Lennon that came to the rescue.

A walk through the different versions reveal a clear plan and stunning failure to execute it.


All version were played in A but on the Esher demo the guitars are tuned down a semitone to Ab and on version 2 the tape is varisped up a semitone to Bb.

That the song was always intended to be a ska-influenced recording is clear. Calling the song "one of the first examples of white reggae" Stewart Copeland says, "Ob-la-di has an accent, ob-la-da has an accent, 'life goes on...' sort of leads you into that ska feel. There's a definite scansion to those lyrics, which is probably why they ended up playing a ska beat"*. Paul's lyrics and ska-approved vocal percussion "chicka-bum" and Lennon's studio comments "Oobladi-blada. Brutha!", "Yassuh! Take one, and de Mighty Jumbo Band!” show their heads were somewhere more tropical than St. John's Wood, NW8. 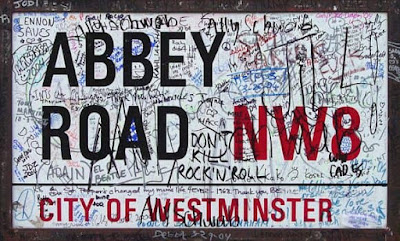 Version 1 has been released as an Anniversary Edition bonus track ('Take 3') and on Anthology 3 ('Take 5'). The latter features the (uncredited) creator of the chorus lyrics, Jimmy Scott Emuakpor on congas.


The Esher demo and Take 3 feature very straight ahead drumming and strumming – the only hint of ska is the chord fill in the bridge (1:29).

There is zero groove at this point - no skanking* from guitar or piano and ultra 'white bread' drumming. The bass runs all over the place and the only semblance of a groove comes from congas and cowbell patterns that are messy and confused. The whole thing is a hyperactive hot mess, the result of adding more and more to a track that isn't working. Ringo has no idea what to play and McCartney, uncharacteristically, isn't able to help. Geoff Emerick stated the obvious saying "Paul wasn't happy with the rhythm of the track … he was after a Jamaican reggae feel and he wasn't satisfied that the band had nailed it"* but then went on to tell the tale that has become legend.

When Paul announced he wanted to … start the song again from scratch, John went ballistic. Ranting and raving, he headed out the door, with Yoko trailing closely behind, and we thought that we'd seen the last of him that evening. But a few hours later he stormed back into the studio, clearly in a highly altered state of mind.

"I AM F**KING STONED!!" John Lennon bellowed from the top of the stairs … swaying slightly, he continued, waving his arms for emphasis. "I am more stoned than you have ever been. In fact, I am more stoned than you will ever be! … and this," Lennon added with a snarl, "is how the fucking song should go." Unsteadily, he lurched down the stairs and over to the piano and began smashing the keys with all his might, pounding out the famous opening chords that became the song's introduction, played at a breakneck tempo.*


Lennon didn't play the song "at a breakneck tempo". Version 1 was recorded at 121bpm. Version 2 is only 112bpm even after varispeeding up. It was played at 107bpm – significantly slower. Lennon didn't speed the song up, he slowed it down to a tempo that allowed to song to breathe.

Side stepping the fruitless search for 'authenticity' he played what Ian MacDonald describes as a "mock music-hall piano"* intro giving it an instant instrumental hook (Ticket 3), before playing what the song had been crying out for all along the 2, 4 skank pattern. He was incapable of overplaying as McCartney and Emuakpor had been doing and Lennon's limitations as a piano player saved the track. Harrison fell in with a similar rhythm on acoustic guitar and Paul created a new, simple grooving bass line built on arpeggios on 1 2+ 3 4+. And Ringo ? Ringo played the same beat as before. But you can't have everything. 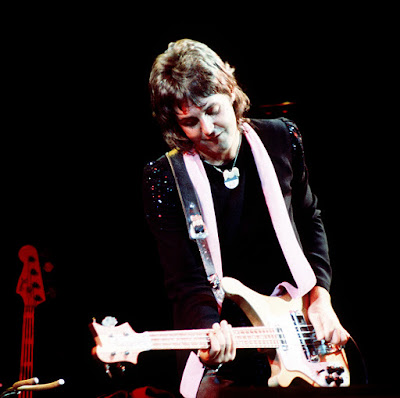 Once the track locked together, other ideas presented themselves. Compare the improvement in the rhythmic accompaniment on "Desmond and Molly Jones" from Version 1 (1:21 – Take 3, 1:23 - Take 5) to the Lennon-driven remake (1:30). There are some childlike plinky piano overdubs (2:32) and a sped-up gliss that sounds like a video game (2:08). McCartney's bassline deserves special mention, using a distorted acoustic guitar (0:02) to doubling the very simple bass line, Paul plays both instruments with a plectrum, adding funky ghost notes on the bass (0:06) that really make the song move.


It's understandable that Paul would listen to Reggae/Ska and subconsciously absorb melodic ideas. So it forgivable that the start of the bridge has the same melody and almost exactly the rhythm as the opening line of River of Babylon by The Melodians.

But here's the bombshell. Paul's song was released two years earlier! Did the Beatles have a influence on the seminal 1970 song?* 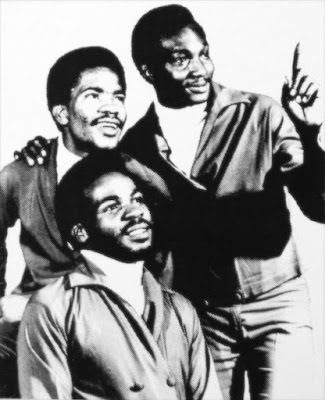 One of the first examples of white reggae
Stewart Copeland: Musician Magazine (1988)

Paul wasn't happy with the rhythm
Geoff Emerick: Here, There and Everywhere (p.246)

Skanking
Sharp off beat chord hits which are the foundation of reggae & ska (on beats 2 and 4 in reggae and the 'ands' between beats in ska).

Paul wanted to start the song again from scratch
Geoff Emerick: Here, There and Everywhere (p.247)

Seminal 1970 song
It was a no 1 hit in Jamaica on release and reached an international audience via The Harder They Come Soundtrack which is credited with having "brought reggae to the world" (L.A. Times).

70+ Songwriting Tips From The Beatles
The Be-Atletudes
About Beatles Songwriting Academy
Posted by Matt Blick at 14:57