Under The Influence: Kurt Cobain 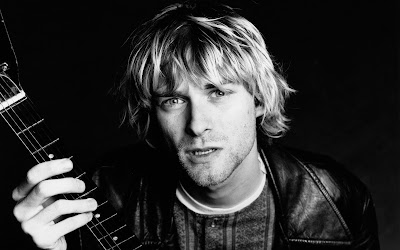 I like the Beatles, but I hate Paul McCartney.
Rolling Stone

I loved Paul McCartney … He meant more to me than my own parents.
Sandford: McCartney* 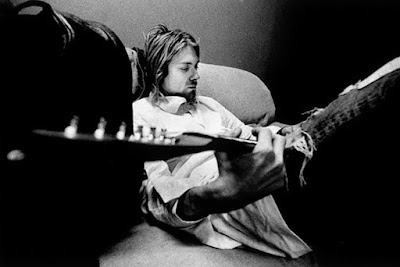 The Beatles were a early and formative influence on Cobain. A video survives of him singing Hey Jude at the age of two and he remembers walking around the neighbourhood singing Beatles songs while playing a toy bass drum. He wrote he was "forever grateful" to his Aunt Mari for giving him three Beatles albums and heartbroken when he learned in 1976 that the band had split up years before. 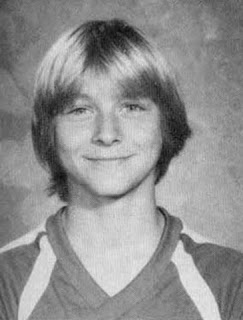 In high-school Kurt wrote a 2000 word essay on Give My Regards To Broad Street after he spent much of the winter of 1984-5 listening to the soundtrack*.

About a Girl was written after Kurt spent three hours listening to Meet The Beatles on repeat to get in the mood and the In Bloom video is a parody of the Beatles appearance on the Ed Sullivan show. 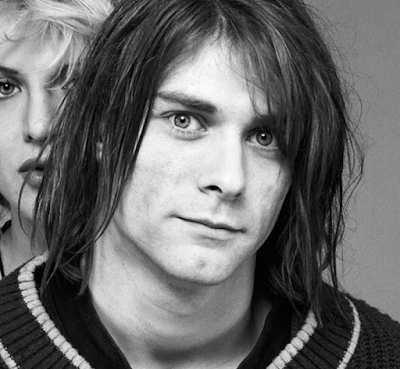 In my Life was played at his funeral.


Here are a few quotes.

John Lennon was definitely my favourite Beatle, hands down. I don’t know who wrote what parts of what Beatles songs, but Paul McCartney embarrasses me. Lennon was obviously disturbed [laughs]. So I could relate to that. And from the books I’ve read - and I’m so sceptical of anything I read, especially in rock books - I just felt really sorry for him. To be locked up in that apartment. Although he was totally in love with Yoko and his child, his life was a prison.

John Lennon has been my idol all my life but he’s dead wrong about revolution… find a representative of gluttony or oppression and blow the motherf***er's head off.
Flavorwire

Even in Nirvana — the Beatles [were] such a huge influence. Kurt loved The Beatles because it was just so simple. Well, it seemed simple… they sound easy to play, but you know what? They’re f**cking hard!
Dave Grohl: Access Online

Everyone talks about Kurt's love affair with ... the whole punk scene, but he was also a huge Beatles fan, and the more time we spent together the more obvious their influence on his songwriting became.
Butch Vig: NME

Here is Cobain covering McCartney twice (without embarrassment!) And I Love Her (extra links here and here) ...

*I loved Paul McCartney … He meant more to me than my own parents.
Christopher Sandford: McCartney (p.297) - I can find no sources for Sandford's quotes, which seem to be at odds with other quotes. If you can confirm or deny let me know!
Rolling Stone
Flavorwire
Access Online
NME interview 2004
Charles R. Cross: Heavier Than Heaven

Email ThisBlogThis!Share to TwitterShare to FacebookShare to Pinterest
Labels: And I Love Her, Give My Regards To Broad Street, Hey Jude, In My Life, Kurt Cobain, Nirvana, Under The Influence