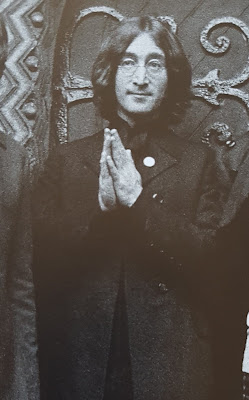 Embrace (or Fake) Your Mistakes


One little detail that gives Revolution 1 the edge over Revolution for me are the little editing mistakes in the album version (Ticket 72: Embrace your mistakes).

At the beginning of the track there is studio chatter, a false start on guitar, followed by engineer Geoff Emerick saying "take 2"* and Lennon saying "OK" and near the end (3:23) a tape edit spliced together incorrectly resulting in an unintended 2/4 bar*. Lennon can be heard talking on an unmuted track (3:28) and you could even make a case for Lennon's "count me out … in" as something of a 'deliberate' error.

These all contribute to a very specific loose vibe for the track and what's important to remember is that though all of these things were genuine 'accidents', their appearance on the finished recording were not. Even with the fairly primitive recording gear available, they had the opportunity to go back and mute channels, redo tape edits and even take five minutes to say "John, make up your mind – are you 'in' or 'out'?". But they didn't. They chose to 'put a frame' around the mistakes and make them part of the art. Sometimes mistakes will result in a musical choice that you would never have thought of (the 2/4 bar) and sometimes it just helps to communicate a mood. Here the band wants to say "we're just having a jam, everybody join in" but rather than play sloppy with no rehearsal, the band is tight but communicates the mood by these little extras*.

Every time you hear a count-in on a Beatles record it's a deliberate choice. After all, most takes started with a count-in and almost every one was later edited out. But I Saw Her Standing There, Yer Blues and Taxman retained theirs, to communicate the "we're gonna rock out!" vibe. And not just retain them. Each count-in was edited in from a different take, presumably one that had more energy*. 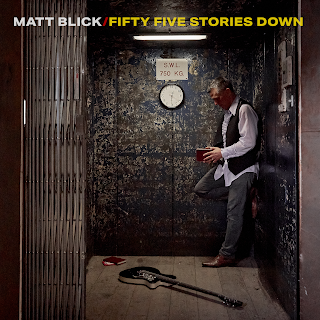 On my album Fifty Five Stories Down I wanted the listener to have the feeling of being 'in the room' rather than being a distant audience. So I recorded every sessions in entirety and cherry picked snippets of conversation between me and producer Daniel Wright to bookend the tracks (some so long they merited their own track). Nothing was staged or scripted* but comments were spliced together or moved to different songs to improve the flow. And there were happy accidents too like the mournful police siren during the song River of Suffering (3:08).

Edits And Extensions: The Strange Rhythm Scene Of John Lennon

I dig the people that notice that I have a sort of strange rhythm scene, because I've never been able to keep rhythm on the stage. I always used to get lost. It's me double off-beats.

The unintended tape edit in the chorus is not the only 2/4 bar. Every other section has one as part of the composition. The verse is a classic example of The Lennon Extension (Ticket 52) where his "well you know" needs a extra space to fit in. Try singing without the "well..."

You say you want a revolution, you know
We all want to change the world

The lyrics fit into 4/4 and is the way someone without 'double off-beats' might play it. The single-only solo retains the same half bar. The end of the pre-chorus has a 2/4 bar to allow a full two bars of building. 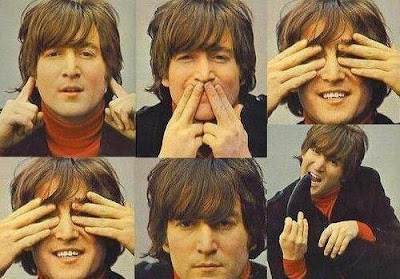 
Though the 'shooby doo' is a pretty mundane example of a descant (Ticket 58) it's also a musical idea borrowed from another genre, in this case Doo-Wop. The guitar's shuffle pattern is borrowed from the blues and the switches from A to D and E hint at a 12 bar blues progression. The vocal melody utilises the major pentatonic scale almost entirely except for 'bluesifying the melody' (Ticket 22) with a b3 on "it's gonna be AL – right". All of which gives this folk song a playful, doo-wop/blues flavour (Ticket 25).

The song has some great instrumental hooks (Ticket 3) - the acoustic guitar riff at end of each chorus, the electric guitar fill at the end of verse 2 and the 'Indian' bass run down in the (album version) pre-chorus.

There's a couple of unusual choices too. It's normal practice to edit down a song for single release and the first thing to go is usually the solo but Revolution one of the few songs to add a solo rather than take it out. The single's solid blues ending is an improvement on the album's fade out. Fading is something the Beatles hardly ever did but on this song even the Esher demo fades.


Geoff Emerick saying "take 2"
As the take is actually Take 18, It's unclear why he is saying "take 2." It may be in response to Paul "humorously announcing the next take off mic as "take three?" or be a clipped part of a longer phrase "I'll take it to...".

Humorously announcing the next take off mic as "take three?"
Beatles Book.com

The band is tight but communicates the mood
Ironically Give Peace A Chance uses the opposite method to achieve the same effect. It genuinely is sloppily performed and badly recorded and required later studio vocal overdubs to make it acceptable for release.

Each count-in was edited in from a different take
If you listen to Taxman you can hear two overlapping count-ins.

Nothing was staged or scripted
As a example of 'staged recording' listen to the start of Cigarettes And Alcohol by Oasis. The hissing guitar amp (and whistling) was overdubbed later for effect on top of the track, which becomes clear when it slowly fades out when the rest of the band enters.

70+ Songwriting Tips From The Beatles
The Be-Atletudes
About Beatles Songwriting Academy
Posted by Matt Blick at 20:52

Email ThisBlogThis!Share to TwitterShare to FacebookShare to Pinterest
Labels: Fifty Five Stories Down, I Saw Her Standing There, Matt Blick, Revolution, Revolution 1, Taxman, THE BEATLES aka WHITE ALBUM, Yer Blues