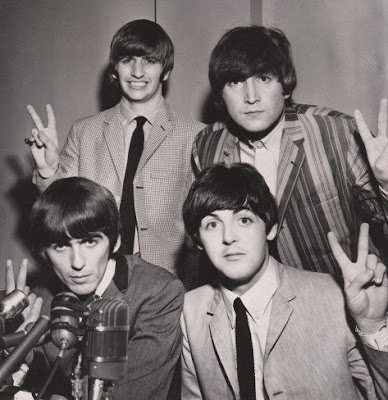 *N.B. All timings are for Revolution 1 unless otherwise stated.

Here's an experiment – grab your guitar and play the song, omitting the pre-choruses. Structurally it still works and even the narrative flow still hangs together. But it just ambles along, three chord wallpaper.

So how do the pre-chorus do that voodoo that it do so well? 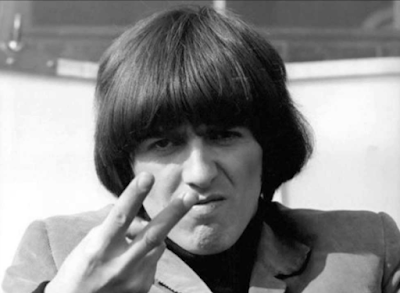 
Firstly like all three sections it ends by building on the V chord (even the single-only piano solo does it – 2:03). Ticket 65 (in it's most extreme incarnation the "aaahhhh" section of Twist and Shout) appears in the verse as we hang there for two bars to gently build anticipation (0:43). On the chorus we enjoy a cool guitar break, again built on the V (1:16). But in the pre-chorus it's a proper build up (0:59), not only used to create a lift back to the chorus' tonic chord but also to reset our ears and restate the key after the F# chord (0:56).


Let's talk about F#. First of all it's completely out of key chord (Ticket 28) providing the freshness and surprise that OOKC's do. But occurring near the end of the section it seems to be setting us up for a big key change. Where are we going next? The excitement is palpable! Though Bm and E are still in the home key of A the pre-chorus hints that Bm might be becoming the new key centre. The G and A chords that follow are firmly in the key of Bm and F# is the V of i (translation = an F# major chord leads REALLY strongly back to Bm, even though technically F#m is the chord that belongs in that key). And the Beatles have used that trick hundreds of times – While My Guitar Gently Weeps (0:29), Because (0:39), Girl (0:09), I Me Mine (0:29), I Want You (She's So Heavy) (1:44) I'm Only Sleeping (0:08) etc.

The vocal melody at this point is hanging on an A# (count me OUT) which if you're in the key of A major is about as nasty and weird as you can get but if you're transposing to Bm it's the 'leading tone' (7th) - the smoothest path you can take.

So we're heading to Bm, right? Nope. Lennon chooses the 'real' V chord (E major) and takes us back to A major. Why? Because he doesn't want to change! Revolution is an anti-revolution song, remember? Don't you know? It's gonna be alright!

Cos when you want a transposition
Don't you know that you can count me out!

I Asked My Cat Who His Favourite Socialist Was ... 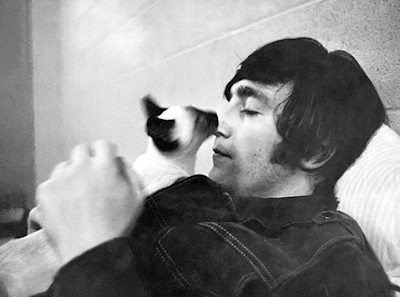 He just looked at me and said Mao.

Lennon reserves his most forceful arguments for the pre-choruses. Not only through his use of humour (the Chairman Mao lines), but in the way the whole band punctuate the polemics and gags. Listen to the way the band let the vocals take centre stage. On the single (0:34), guitar and bass drop entirely (Ticket 30), on the album (0:48) sustained chords from the guitar and horns allow the lyrics room to breathe.

Lennon may have played to both political sides on the album version, but listen to how the chords change on every word (0:55) to ram home the message "COUNT (G) ME (A) OUT (F#)". This (Ticket 36) is a powerful way to make your point in a song, in comparison John's [count me] "in" sounds like a weak afterthought once the band are pounding away on the F# chord.

So as well as upping the urgency from the first set of lyrics by adding more rhymes (see previous post) he's building by having a more insistent, busier rhythm. This development from one pre-chorus to the next is a mark of a true craftsperson, sorely needed in today's copy-and-paste era, where each section is literally a clone of an earlier ones (albeit with ever-increasing overdubs).

These later pre-choruses provide a contrast to the laid back rhythm of the verse and chorus. The chorus vocals are an octave higher than the other sections. If you map the vocal line out like this

you can see how distinct each section is.

Finally, one detail that's easy to miss is the way Paul staggers the piano chords in the pre-chorus, playing on the 'and' after 3. It's inaudible on the finished mix (0:49) but clear on Take 18 - the 50th Anniversary 'outtake' (1:00).

Next time we'll finish our look at the 'Revolution twins' with mistakes, odd timing and unusual choices. 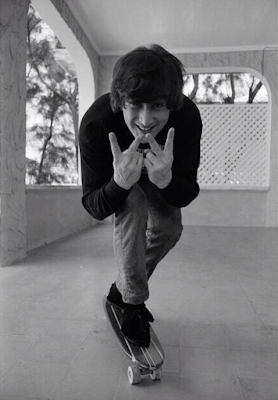 70+ Songwriting Tips From The Beatles
The Be-Atletudes
About Beatles Songwriting Academy
Posted by Matt Blick at 17:29