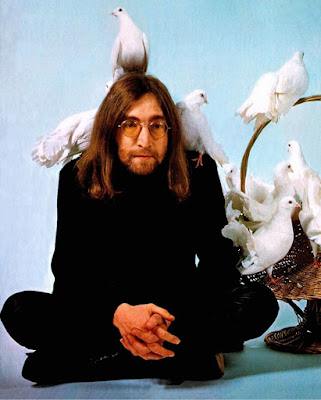 Here's a comparison between the album version (Revolution 1) and the single (Revolution).


Key: A - Bb (slightly sharp). The single was almost certainly recorded in A major like the album but vari-sped up. When the band mimed the single for the video they 'played' in A without capos, making it likely that that is how they had most recently played it (the Esher demo was played in A but capoed at the third fret).


Appropriately the lead vocals for 'laid-back version' were recorded lying down on the floor.

So when the Beatles added live vocals to the single backing track for the video they undid every change they were able to. 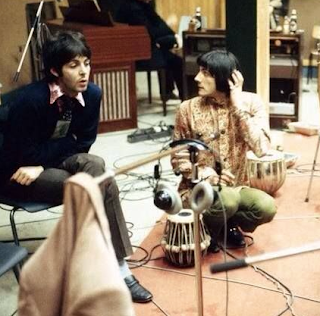 Verse 1
Rev 1: no electrics, organ fades in at end, heavily double tracked vox
Rev: little or no double tracking on vox – blooper “that it's evo-juice-shan” (0:23) 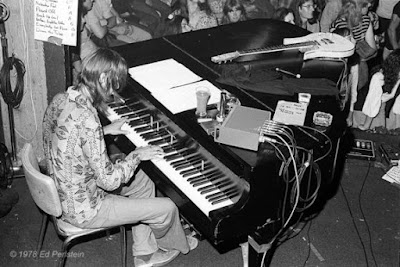 Chorus 3
Rev 1: Accident bad tape edit during the mixing process resulted in two extra beats at the end (3:23). Lennon decided to leave it in. A similar mistake happened later on McCartney's song Let Me Roll It (4:22).
Rev: electric piano fills

The vast majority of changes are arguably cosmetic.

The single has more energy, due to key, tempo and timbre. The bassline moving off the root note more also contributes to that. The message of the chorus is obscured by missing words and less vocal reinforcement. The only ambiguity in the lyrics “in/out” is removed. The single is an unambiguous statement of 'angry pacificism'.

Email ThisBlogThis!Share to TwitterShare to FacebookShare to Pinterest
Labels: Let Me Roll It, Nicky Hopkins, Revolution, Revolution 1, THE BEATLES aka WHITE ALBUM