At this time of year the mullioned halls of Beatles Songwriting Academy become deserted as the students all go home for the summer, the professors head off to the nearest pub for research and the rest of the support staff put on the Stones and kick back. Even the school nurse is doing a European tour with Rammstein. So as soon as I heard that songwriting blogger Nicholas Tozier was in town I grabbed my Rickenbacker frying pan and invited him over for a traditional English meal and a chat about I Want You (She's So Heavy).

One of the first times I talked to you, you said I Want You (She's So Heavy) was one of your favourite Beatles tunes. But what does a poetic, literary guy like you see in a song with just 13 words and hardly any description?

I’d call it more dramatic than literary. Just a few words sung like they’re meant. And to be honest, I think I enjoy the oppressive, ominous atmosphere more than anything else about this song.

That ominous atmosphere is really coming from the bridge section right?

Yeahhh. ROOOOOAARRRRRRR. Sounds like some kind of vortex opened up in the studio and started sucking all the Beatles and their instruments into it. It’s fantastic.

Did you know the album sides were originally reversed? Meaning this song (and that ending) would have been their final statement as a band.

I had no idea. That’s spooky.

It leaves you with a whole different parting message than

Mm, tell me about it. Ending with “I Want You” would make it more of a “Don’t get sucked into Cthulhu’s gaping maw” kind of moral I guess.

So beginning with the ending - I can see where you’re coming from, but for me that section is too long for anyone who isn’t stoned -

Ha! I have no idea why (I’m not stoned, I swear) but I like that portion a lot, actually. Maybe it’s the metalhead in me coming out after all these years. I’d argue that the song’s structure does drag, but for me I’d say the drag’s more in the middle.

Yeah. We have the verse section repeated in two keys (Am and Dm) and they do the whole thing four times. They could have cut the Dm section in a verse or two (definitely in the instrumental verse). After all the Am and Dm verse sections both end on the same chord progression [G to Am].

Totally agreed there. At that point the repetition isn’t really necessary. The statement’s already been made. Kind of like when somebody makes a really wonderful point orally, but then drags the speech out for five more minutes just rehashing that in less interesting ways.

Have you seen the Across The Universe film - it’s like Mamma Mia but with Beatles songs?

Yeah it’s the best video I've seen where the visuals mean something completely different to the original meaning of the song. Let me show you.

[We head for the matron's room and find her PS3 console next to the statue of the Virgin Mary, underneath the framed Ringo Starr 8x10. Matt cues up the video on Youtube while Tozier admires the religious iconography].

Tozier: I think this Ringo signature is fake...


Tozier: Hmm, that was interesting.

Matt: Interesting in a bad way?

No, not at all. The social context of the song is interesting and I can see why they choose this very moody, grinding song to accompany that scene. Out of the whole film’s context it’s hard for me to pass any judgment on, but the visuals were very interesting and surreal and terrifying, which is entirely appropriate given that they’re talking about a sucking wound that the U.S. tried to stop by shovelling bodies into it.

The film is worth checking out. I wondered how they did such a good job of making a logical sensible piece out of such disparate songs when other shows (We Will Rock You) are embarrassing and tacky. I think it’s 'cos A, there are a lot of characters in the Beatles songs and B, the lyrical meanings are deliberately vague.

Yeah, I can see why you’d say that. An ambiguous refrain is useful for more than just verse development, I guess.

[We head to the drawing room for brandy, cigars and a game of billiards. Tozier pots the final ball off two cushions in spectacular fashion]

Matt: Darn you and all your fancy Down Easter ways!! Anyway, getting back to I Want You. I can hear the seeds of where the music scene was heading in this song. There are hints of Alice Cooper, early Led Zeppelin - the rock dinosaurs were coming!

Tozier: Totally agree with you there. This is blues, getting more and more nasty, more distorted.

I think Jimmy Page, would have done a better job as a producer/arranger on this song than the Beatles did. As you said, once the Beatles have stated their themes they just repeat - he would have built and added more parts...

I would hope so. Is it true that the Beatles mixed this as a group?! That seems insane.

Well by this time Lennon, McCartney and Harrison were involved in mixing, but not all at once. Have you seen those old consoles? There weren't enough controls to have one each!

[Chokes back his brandy] Oh to be a fly on the wall... No, I hadn’t seen those. I think your comment on being stoned earlier hit the nail. This song sounds stoned. 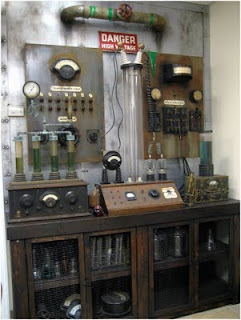 If you want to get a feel for what equipment the Beatles had at their disposal just watch any old Frankenstein film.

[Laughs] Indeed! More of a shuffle. 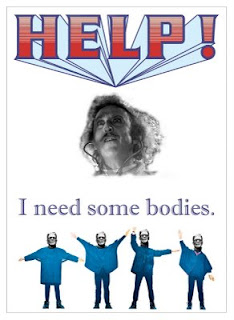 Speaking of which - did you notice Ringo goes into swingtime on the final bridge fade out. The man was a genius. Sorry. Is.

I hadn’t noticed that! But now that I think back, you’re right. I was just thinking before we started talking that rhythms are really responsible for what momentum this song has.

Does the fact that the tempo fluctuates bother you? The song is a composite of 3 different takes.

It does sound a bit patchwork, but I hadn’t ascribed it to the tempo. Some of the transitions are certainly awkward, but I think the tempo’s only an accomplice in that. Not so sure about the heavily swinging bridge section that always makes me think of elevator music.

Are you calling the Dm ascending thing the bridge or the stop start E7b9 thing? Oh! The solo! 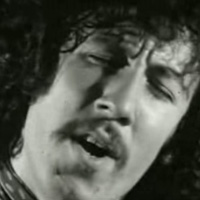 That’s a good way of putting it. It’s like Santana’s still a little sedated from his flight in or something.

[Laughs]. Put me in George Martin's seat and the solo (or at least half of it) would be my first edit for sure. Can I not persuade you to trim the ‘fade out' a little though? I mean the song is 7:47 - guess how much of that is the final section.

Probably about half an hour of that is the end, yeah.

Close. 3:10. On one riff! I mean the famous Hey Jude fade is only slightly longer [3:59]. The only fills are Ringo (very good) and Paul (very bad). I’d use the word dribbly to describe his fills.

That’s probably what the lead sheet said: “Slowly; with dribbles” The more I examine the song, the more its holes are apparent, for sure. Don’t ask me why, but I stand by the outro riff. There’s something about a sinister groove that I like.

I can get on board with that – it IS a brilliant riff. And if you were going to play one riff over and over again I’d want it to be that. Why is it so great?

For one thing, as you said, Ringo is doing his best to keep it all rhythmically exciting. And really if this wasn’t done at high volume with distortion, it’d lose a lot of its power. And if they’d played that riff in a higher register, it’d be a disaster.

For me the power comes from having a chord progression [Dm, Dm/F, E7b9, Bb7, A aug] that's basically minor, but nearly every chord has an F at the top - giving you a b9 on the E7 and a #5 on A which turns it into A aug.

Yeah, there are a lot of different dissonant relationships to that note keeping everything tense. It all “resolves,” but uneasily. Which makes us want to hear another repetition. Or in my case, 4,000 repetitions please.

[Laughs] Listen, I'm gonna have to feed the guard dogs in the theology department in a minute. Thanks so much for dropping by. I'm gonna turn our chat into a blog post. What's one thing (a concept, progression or arrangement idea) you'd say songwriters could take away from this song for themselves?

I think a good general concept is to just go ahead and be downright freakish rather than be boring. This song has weak moments, but something still comes across for me. Sometimes when you go into relatively uncharted territory like this song did, you’ll have a certain risk of failure--but if they’d tried to reign this in and keep it safe, it wouldn’t be the fascinating flawed lumbering monster that it is, and nobody would remember it.

I think the big lesson is to keep pushing yourself to try new things. Lennon kept attempting mantra type songs with few words or one chord songs and they usually failed. You Know My Name Look Up The Number degenerated into a comedy number. But this was a success (up to a point) and I think when they went back to more familiar territory they were better writers for having done it. No experiment is a failure if it makes you a better writer.

That’s a great way of putting it. 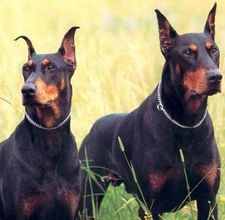 OK. I'll pull the gate shut on my way out!

Nicholas Tozier is an independent singer/songwriter from Maine, US. He's the author of the highly recommended eBook 31 Days To Better Songwriting and blogs about songwriting (The Halted Clock), supplies creative writing prompts (Bottled Ink), and appreciates good music (Good Aural).

Matt Blick is a songwriter/singer from Nottingham, UK. He's the Ringo Starr professor of applied chronology at Beatles Songwriting Academy and blogs about his own songwriting journey at www.MattBlick.com.
Posted by Matt Blick at 07:10