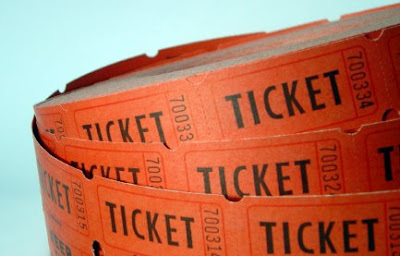 Every artist needs fresh inspiration and sometimes mistakes can be a source of new sounds and ideas. Now, more than ever, musicians and producers have the tools to scrub every error from a recording but the end result can be flat, dehumanised and boring. Whether we screw up when the tape is rolling or mess up in rehearsal and then decide to keep the results, sometimes throwing a spanner in the works is the smart thing to do.

Or at least leaving the spanner where you dropped it.

Mistakes can make the listener feel they are really THERE or that the vibe is laid back or 'real' and not cleaning up your tracks is a great way to achieve this. Keeping count-ins, or even flying them in from other takes: I Saw Her Standing There, Taxman, Revolution 1, or catching snippets of conversation: Revolution 1 (0:00), Level With Yourself (0:53), Little Wonder (0:39). It's the equivalent of professionally lighting your 'no make up selfie'.

Vocals entering early is another common 'keeper'. Robert Plant comes in a whole four bars early on the second verse of Stairway To Heaven (1:32)* and James Blunt's premature arrival in You're Beautiful (0:23) is so obvious it warranted it's own parody.*

Singers sometimes struggle to get the words out and that stuttering can be serendipitous if your song is about barely containable teenage rage (My Generation) or accepting your failings (You're Only Human – 3:19).

Mistakes in the recording process itself can be useful. Both Revolution 1 (3:23) and Let Me Roll It (4:22) have extra beats caused by bad tape editing. Flying In a Blue Dream opens with other-worldly voices (0:02) – the result of picking up radio interference during recording. My own cover of River of Suffering catches the sound of a police car passing outside the studio (3:09).

The Right Time For Mistakes


To conclude – mistakes should be embraced when you're looking for fresh inspiration, want to bring the listener closer, humanise the artist, or just communicate a sense of fun and not taking yourself too seriously. If the nature of the mistake reflects the subject material of the song that's even better. And who knows? They may even advance your career.

When Ella Fitzgerald performed Mack the Knife in Germany for a live album, she forgot the lyrics to one of the many verses. Undaunted, she started freestyling lyrics (1:55, 2:50, 3:44, 4:00) throwing in a killer Louis Armstrong impersonation along the way (3:16). That performance won her, not one but, two Grammys*.

For an expanded playlist for this songwriting tip – go here

Why you don't learn by your mistakes – lessons from a chimpanzee

Second verse of Stairway To Heaven
This is far from obvious but compare the chord sequences on 'verse 1' (0:52) and 'verse 2' (1:32) it's clear that Plant sings 'chorus 1' (1:19) once but Page plays it twice. Plant then sings verse 2 over one chorus progression and one verse progression then runs out of lyrics, leaving Page an extra four bars to fill in with some nifty fingerpicking. This 'mistake' would have been clearly obvious to all involved at once the reason it remained is – it's kind of cool!

Warranted it's own parody
You're Pitiful - "Weird Al" Yankovic (0:12) mercilessly mocks Blunt's entrance. In a similar way, someone on Sting's version of Shadows In The Rain (0:00) pays homage to bassist Joe Swift on Fingertips - Part 2 by Stevie Wonder (2:22) by repeated asking what key they're playing in.