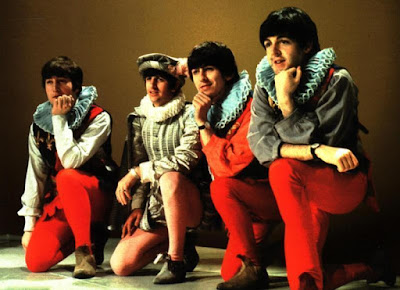 Hey Jude was written by McCartney on the way to visit Lennon's newly-estranged family. He crooned his way though rehearsals at Abbey Road (as heard on Anthology 3) but recorded at Trident Studios in Soho, lured no doubt by the relative ease of doing orchestral overdubs on 8 track tape.

The recording itself was a comedy of errors - some cool, some not.

Ringo walked out to go to the toilet … but … I still thought he was in his drum booth. I started what was the actual take … and while I was doing it I suddenly felt Ringo tiptoeing past my back rather quickly, trying to get to his drums. And just as he got to his drums, 'boom boom boom', his timing was absolutely impeccable. So I think when those things happen, you have a little laugh and a light bulb goes off in your head and you think ... “this has got to be the take, what just happened was so magic!”

Paul McCartney in Many Years From Now (p.466)

At some point during the tracking someone shouted an expletive which remained undetected (or at least 'uncorrected') in the finished mix [at 2:58]. The usual suspects are

According to John (via Geoff Emerick/John Smith) it was Paul* (in which case it was allowed to stand with their full knowledge like many other Beatles 'mistakes'). Personally I'd accuse Lennon in the studio with the guitar, though I can't hear anyone play a wrong chord and the mystery voice seems to have a yorkshire rather than scouse accent.

Problems with the equipment at Trident meant that once the tapes got back to Abbey Road for mixing they had to be heavily re-EQ'd by Geoff Emerick (the cymbals still sound particularly horrible at 0:52).

There's an urban myth that Paul used the same piano as Freddie Mercury used on Bohemian Rhapsody – he didn't**. And Walter Everett*** say the bass guitar was muted in the coda to make room for the 'bottom heavy orchestra', but Paul's bass track is clearly audible until 6:54, where it stops for 6 seconds and then comes back in. 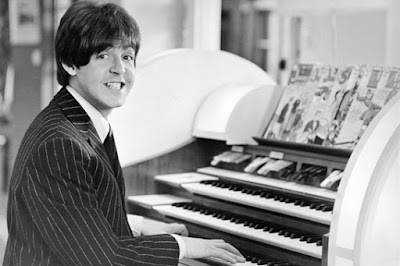 Let's talk about that coda.

The song is a standard AABA structure (Ticket 26) with a huge C section on the end that doubles the running time. While it may sound like a remnant glued on from another song it was always part of Hey Jude and shares a number of musical elements with the A and B sections.

Imagine the song without the coda (and the 'better, better...' link). Perhaps the final verse winds down with Paul delivering the final line solo. What's left is a sweet little ballad. A great example, but one of many piano ballads by Paul McCartney, one of many gifted piano balladeers. But with the C section the song is lifted into a different league. The coda is literally a 'release', a huge, joyful, inarticulate yet cathartic, 'musical group hug'.

Repeated chord cycles of any length are rare throughout the entire Beatles catalogue****. and very long ones even rarer***** (as are fade outs) yet this slow moving four bar melody cycles round NINETEEN TIMES(!) which does become tiresome when the only real variations are George Martin's uncharacteristically bland orchestration and Paul's impression of Little Richard with Tourette's.

So why is it so long?

McCartney says they were having so much fun jamming they decided to keep going******. Others think that Paul had a point to prove, wanting to outdo other artists. Richard Harris had recently scored a hit with MacArthur Park which ran for 7:21. Composer Jimmy Webb (who visited Abbey Road around this time) said “George Martin once told me the Beatles let Hey Jude run to over seven minutes because of MacArthur Park”. Webb's story is believable (the band were in the process of recording a really long album) but, if length was Paul's goal he would never have settled for Hey Jude falling 14 seconds short of the record. Whatever the motive was for the coda's length it probably wasn't an artistic consideration. How long it should be is up for grabs but the coda is 'too' long.

In future posts we'll look at one way to write meandering McCartney melodies and why the lyrics look terrible but are actually brilliant.

*Here There And Everywhere p. 262-3
**Queen did use this studio (and piano) but not for Bohemian Rhapsody. See the long thread here if you have time to kill.
***The Beatles As Musicians Vol 2
**** See The Band Who Kept Expanding
***** I Want You (She's So Heavy) is a similar length and similarly structured
******But I can't for the life of me find the source. I am a bad researcher. BAD RESEARCHER!


Buy The White Album (Amazon UK / Amazon US)
70+ Songwriting Tips From The Beatles
The BeAtletudes
About Beatles Songwriting Academy
Let's Build An Airport EP
Posted by Matt Blick at 12:41