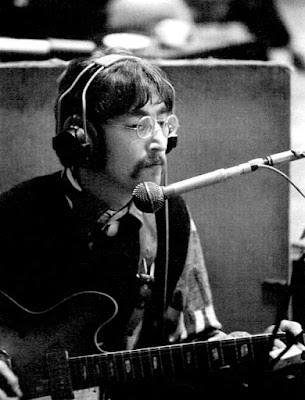 According to John Lennon Yer Blues (like I'm So Tired) was part of the “last batch of best songs”* he wrote with the Beatles, even though he also viewed it as a self-conscious attempt at Blues that bordered on parody.

All four members squeezed into “a room about eight by eight, with no separation” next door to the control room to lay down the basic track. So it's probably no surprise such unfriendly working conditions produced such a horrible sounding, badly-played track. Paul is using a Fender Jazz Bass for once but his leaden playing sound like early Alice Cooper at his most witless, George & John's solo are both saddled with super-wobbly 'wasp-in-a-jam-jar' tones. Even the tape edit at 3:17 is obvious and brutal, hacking into the '12 bar' sequence after 10 1/2 bars to splice in an earlier take ruined by clearly audible guide vocals bleeding all over the drum track. Only Ringo escapes with honour, skilfully navigating the time changes like Keith Moon with a restraining order. 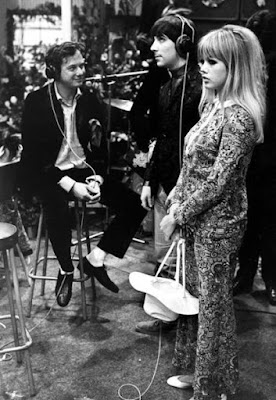 But despite the recording and performance being well under-par there's a lot of interesting things in the songwriting itself.

One of the biggest challenges in doing blues is to do something new fresh with a well worn, constricted and predictable form.

Lennon tackles this head on by

As for chords, a standard blues turnaround in E would be

While the lasts two bars are a common substitution, flipping B7 for G and then switching the A with B7 really takes the blues in a new direction (literally, replacing the descending B7 to A with the ascending G to B7).

Lyircally, when people 'wanna die' in the blues, it's usually because of unfaithful partners and bad business deals (plus the occasional brush with the devil at the crossroads). Lennon takes things to a whole new level with lines like

Note this is the second white album song that is written for Yoko, about Lennon's mother, that mentions the sky.

Though it's slightly unusual for a blues to reference a song by another artist it's even rarer for the Beatles to quote anyone other than themselves.

is a reference to Bob Dylan's "Ballad of a Thin Man" from the Highway 61 Revisited album.

Like most blues songs this doesn't use all 7 notes in the key (Ticket 40) and has a static melody over changing chords (usually the I and IV chord) (Ticket 48). The band stopping to emphasise lyrics (1:01) is also common but no less effective for it (Ticket 30)

The guitar lick that is the highpoint of every turnaround is a cool hook that is an irreplaceable part of the song (Ticket 3). Taken in isolation as triads it's