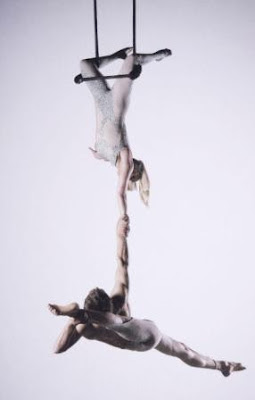 Don't Let Me Down, another addition to the collection of Lennon monosyllabic cries for help directed at Yoko Ono (see also I Want You, She's So Heavy) is curiously effective. It boasts a melody almost exclusively major pentatonic, a grand total of 40 words and 4 chords. The verse and the chorus share a two-chord progression (F#m – E, or ii – I) which is essentially the same as Lennon's Sun King. The ii - I progression is just about the smallest harmonic distance you can move, oddly appropriate for the man once dubbed “probably the laziest person in England”. It's a wonder that Lennon managed to shape anything compelling from this. But he does.

Some of it is superficial (from a songwriting perspective). Harrison's lead guitar is exemplary, mixing in Hendrix/Mayfield style fills, using the chinese-sounding pentatonic and use of fourths. On the bridge he doubles McCartney's bassline in a long syncopated riff that sounds too painstaking to be part of Lennon's original blueprint for the song. Billy Preston also shines, matching George fill for fill.

Lennon's lyrics are slightly dumb, indulging, as he does, in wilfully bad English “She done me, she done me good”, but the passion of the chorus carries the song. That emotion plays out over a wide vocal range from a low C# in the verse, right up to a high A in the bridge (it's LOVE THAT lasts), though revisiting the heights he scaled in Twist And Shout is slightly too much for the Lennon larynx here.

So what, compositionally, is to account for the freshness on display here?

Firstly, the melody is almost entirely pentatonic (except for the previously mentioned high A). The non western vibe is enhanced by the simple ascending (nobody ev...) then descending (...er loved me like she...) walk through the scale at the beginning of the verse. The lack of syncopation adds to the feel making it sound all the more appropriate for a love letter to an Asian woman. But lest we get overwhelmed exotic sounds, landing on the warm, familiar ii (F#m) makes the song instantly sound sultry and soulful.

Secondly, every section begins with an anacrusis - a vocal pick up before the first beat of the section (see Ticket 39). This songwriting tool is most often used by singers who are confident vocally so it's no surprise that the Beatles used it often, from the sublime “hey JUDE” to the ridiculous, “let me take you down cos I'm going TO”. Here we have 'Don't let me DOWN' on the chorus, 'nobody ever loved me like she DOES' on the verse and 'I'm in love for the FIRST' on the bridge. As if to emphasis this phrasing even further the band drops out completely before every single section (Ticket 30).

The most original trick though is the 5/4 bar at the beginning of every verse. We've noted time and again Lennon's habit of cutting out any beat surplus to requirements (Ticket 37). Here we have just the opposite. It seems John has too many words and notes to fit in, so he simply makes the band wait till he's finished. A more conventional mind would have edited the verse to

Nobody loved me like she does...
And from the first time that she done me...

But Lennon was never conventional, and why should he be? In this he's a successor to John Lee Hooker, Bob Dylan and hundreds of other early 20th century blues and folk singers, for whom meter was far more fluid affair. I used the same technique, for the same reason, in my song The Soundcheck Song). Maybe you should too.

Next time we'll tackle I've Got A Feeling...

Email ThisBlogThis!Share to TwitterShare to FacebookShare to Pinterest
Labels: B Sides, Bob Dylan, Don't Let Me Down, I Want You (Shes So Heavy), John Lee Hooker, LET IT BE (album), PAST MASTERS, Scales, Sun King, Twist and Shout