Blessed Are The Co-Writers 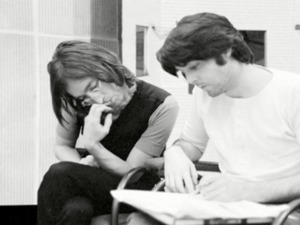 Asking why Lennon and McCartney were such good writers is really two questions.

People have tried to sidestep the question by pointing out (quite rightly) that mid way through the Beatles lifespan, they were no longer writing together in a face-to-face way. But I don’t think that matters.
The magic ingredient in Paul McCartney’s songwriting was John Lennon. And Lennon’s big secret was Paul McCartney. 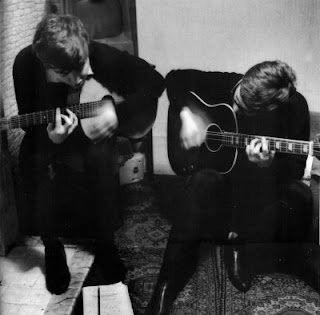 First they did write together a lot in the early days. They learned the craft together when each one was probably too green to finish a song on his own. They built up a common vocabulary and understanding of the craft. And making times to sit down together helped to create a disciplined approach.

Secondly, even when not writing ‘together,’ they would often function as ‘song finishers’ on each other songs. This was potentially their greatest co-writing strength. What would We Can Work It Out be without Lennon's bridge? How much more prolific would many songwriters be if a trusted co writer could write that difficult second verse, or come up with a middle eight?

Thirdly, each one functioned as what Stephen King calls the ideal reader. To McCartney Lennon was the peer he most wanted to impress. His feedback was brutally honest and instantly available and, being in the same band, he had a vested interest in McCartney’s songs being of the highest quality.

Fourth, they were rivals. Each one wanted to write the A side of the next single or film title track. McCartney’s rivalry with Brian Wilson was nothing to his battle with John Lennon. They pushed one another to new heights. Each happy for the other to succeed as long as he could then exceed that success.

Fifth, each one functioned as quality control. Final veto on whether a Lennon song was recorded rested with McCartney, the other Beatles & George Martin. Though this safeguard broke down towards the end it probably spared the world Revolution 10, 11 & 12 and a whole toolbox full of Silver Hammers.

Do you have a co-writer?


While it may not be possible for you to find your Lennon, what about finding a number of people that could fulfil these different roles?