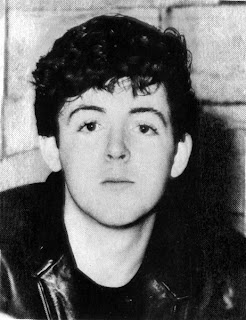 The first Beatles song deemed fit for public consumption shines, like much of the debut album, because of the playing more than the writing. One of McCartney’s earliest efforts (written when he was 16) the fact that it manages to be such a good song is intriguing because of how much is missing.

There are only 19 words in the whole song!

The melody almost completely avoids the 3rd, major or minor, giving it a stark sound, odd and original, almost autistic.

The verse melody has an AAABC structure and the bridge ABAB. 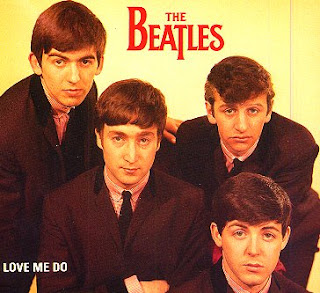 Something so primitive should be as compelling to listen to as a caveman banging two rocks together. And yet somehow it works, and people are still buying it (and blogging about it) 47 years later!

Sure it’s carried along by great performances - nice country style vocal harmonies, bluesy chromatic harmonica and solid drumming from session man Andy White* but this track is far more than the sum of it’s parts. That it’s not a great song is entirely understandable. That it’s a good song is utter bewildering, but there it is.

Can YOU figure it out?

*The original single version (featuring Ringo on drums) is available on Past Masters
Posted by Matt Blick at 16:42

Email ThisBlogThis!Share to TwitterShare to FacebookShare to Pinterest
Labels: Love Me Do, PAST MASTERS, PLEASE PLEASE ME, Singles