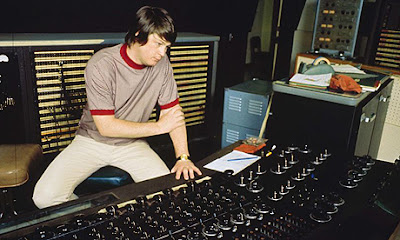 You're in the business to create a record, so you design the experience to be a record rather than just a song. It's good to take a good song and just work with it. But it's that record that counts. It's the record that people listen to. It's the overall sound, what they're going to hear and experience in two and a half minutes, that counts.

Brian Wilson (in Charles L. Granata: I Just Wasn't Made For These Times (p. 120)

This isn't Beatles Recording Academy. My focusing is on songwriting. But how you present the song can be crucial. I've argued before that if McCartney had recorded Maxwell's Silver Hammer in the same 'throwaway style' as Her Majesty, the song would probably have been received in a more favourable light (at least among his band mates). The meticulously produced version we have on Abbey Road demands to be treated with a respect that the song doesn't really merit. In the case of Sexy Sadie the recording works against the song by using harsh sounds to present jarring melodies and chord progressions and accusatory lyrics.

Lennon loved Presley's early recordings and often emulated his idol's vocal sound by using slapback echo*. But on Sadie the slapback echo is on the piano** 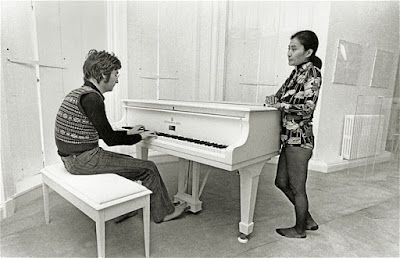 Compare Sadie with another track that has a very similar piano sound – Imagine. There the piano sound is equally ugly but serves a far more melodic song. Against wistful, philosophical lyrics and sappy string section the ugly tone improves the overall result, helping a 'middle of the road' ballad sound more 'edgy'. But on Sadie the harsh piano tone and upfront drums make the chromatic*** never-resolving piano part and bitter accusatory lyrics feel more extreme.

It's not just the echo. The Piano is also being fed through a Leslie speaker causing a woozy effect (most prominent at 1:18 and 1:40) as if the tape is stretching. This is reinforced by Harrison's string bending (starting at 2:20). Sadie repeatedly goes out of key (Ticket 28) and uses melody notes that clash with the chords. If you're already out of KEY being out of TUNE is not a good idea.

Next time we'll revisit the 7 drop (and ask if it really is a 7 drop).


*Listen to A Day In The Life for example.
** Here the piano is played by Paul. John played Hammond organ and rhythm guitar.
***Sexy Sadie uses every note except G#.

70+ Songwriting Tips From The Beatles

The BeAtletudes
About Beatles Songwriting Academy
Let's Build An Airport EP
Posted by Matt Blick at 07:27