Golden Ticket: Keep The Tonics Apart Till The End (Ticket 74) 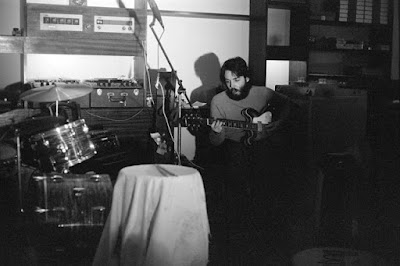 How to write a McCartney-style flowing, non-repeating, melody

I'm going to interrupt the regular (ha!) Hey Jude posts to look at one way McCartney manages to write such memorable, yet non-repetitive melodies.

In the musical language the tonic note and the tonic chord function as a 'full stops' [US – 'period'] in the music. The effect is particularly strong when they happen at the same time. Here are three examples (all verses) where McCartney cleverly uses the tonic and it's chord sparingly and delays them occurring together till the end of the section. In this way McCartney uses our inbuilt longing for resolution to keep us hooked till the very end.

Hey Jude starts on the tonic chord (F) with the melody moving from 5th to 3rd (Hey Jude). Landing on the third is just enough to give an open ended feel and keep a sense of forward motion. Try singing Hey Jude on C to F (5 to 1) or A to F (3 to 1). Lands with a thud doesn't it?

Next comes a tonic NOTE, the high F on sad SONG AND make but far from resolving this sits very unstably on top of a C7 chord.

The next time we hear the tonic CHORD the melody descends through D C Bb to A (a 6th to the 3rd) on Be - te - e - er. Again landing on the 3rd feels unfinished.

There are some 'blink and you miss them' tonic NOTES over a Bb chord (let HER inTO) before we land on the tonic CHORD again but this time the word HEART is sung on the 5th.

Another fleeting F, this time low (THEN you can start), before finally melody and harmony unite on the tonic to make it BettER. But then we're off again on another delayed gratificational mystery tour as we launch into the next section.

Here we're in the key of D.

On MOTHER naTURes son we get the (high) tonic NOTE over the Bm (vi) chord giving us a partial resolution.

Fast moving 3rd, 5th and 6th's appear over the tonic CHORD in line three (all day long), though the tonic chords are D/A's and feel slightly less resolved in themselves than straight D major chords.

We conclude with high D notes over a D major (tonic) chord on EVeryONE.

Again Paul is delaying the point that the tonic chord and tonic note coincide to the very end of the section.

The Long and Winding Road

Here we're in the key of Eb major.

Though the second note is a high Eb (the LONG and) we start on a Cm chord (vi).

By the time we hear our first fleeting tonic CHORD (Eb maj) the melody lands on a Bb (the 5th) (that LEADS to your door) this only lasts for 2 beats anyway before twisting round with an Eb7 (I7) giving the false impression that we're about to change key to Ab major*.

The next time we hear the tonic NOTE (will neVER disappear) it's sitting unstably on a Gm chord (iii). This idea repeats exactly on alWAYS leads me.

Between these twin motifs the melody descends C Bb G F Eb on the word BEFORE. This time the low tonic note is sitting on top of a Db/Eb chord, which functions in exactly the same way as the Eb7 chord - pulling strongly towards an Ab major chord.

Finally, as I have written about before, the melody ascends directly to the tonic note C C D Eb Eb (lead me to YOUR DOOR) at the same time as the chords move in a very strong 'circle of fourths' movement** (Fm Bb7 Eb) towards the tonic chord.

Many melodies never 'get off the ground' because they are rooted (literally) to the ground, returning to the 'root note' over the 'root chord' again and again through their course. With this method of melody writing, both tonic note and tonic chord can appear - but not together (or at least for any length of time). Keeping them apart till the very end of the section builds suspense.

*This is the same V of IV move recognisable in the link between the verse and the bridge in Hey Jude.

The BeAtletudes
About Beatles Songwriting Academy
Let's Build An Airport EP
Posted by Matt Blick at 11:42