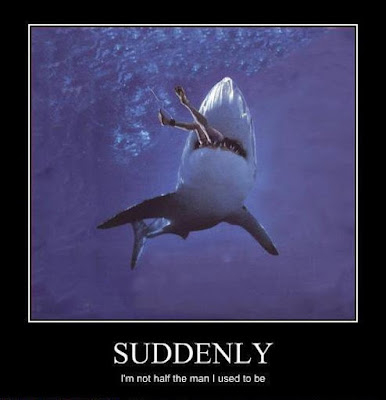 The Beatles really began to depart from their general working practices during The White Album sessions. It's striking how experimental they got, especially when you remember this is the album they did the most preproduction on.

The sessions began on 30th May 1968, 11 days after Lennon recorded Two Virgins and hooked up with Yoko, with a 10 minute version of Revolution which, when split up, evolved into Revolution(s) 1 and 9.

The Beatles increasingly recorded multiple versions of songs. Revolution was rerecorded on 9-11th July and released as a single, almost the only time the Beatles released two completely different versions of the same song*. While My Guitar Gently Weeps was attempted three times, between July and September, Sexy Sadie was recorded twice, and Ob-La-Di, Ob-La-Da three times with the second version making the cut.

It was also rare for the Beatles to abandon songs, but Lennon's What's The New Mary Jane was recorded, then shelved, and George Harrison's Not Guilty was scrapped after a legendary 101 takes.

Around this time the Beatles really began embracing mistakes. When Paul accidentally sang “Desmond stays at home and does his pretty face” in Ob-La-Di they decided to leave it in, as they did with George and John ad-libs "Desmond lets the children lend a hand...arm...leg" (1:42 and also 2:33). They also left in the howling coda in Long Long Long inspired by the sound of a wine bottle rattling on top of the Leslie speaker.

The experiments didn't end there. Birthday was written entirely on the spot in studio, Wild Honey Pie was spontaneously recorded during the Mother Nature's Son session (it was labelled 'Ad-Lib' on the master tape) and McCartney recorded 9 semi-improvised takes of Rocky Racoon laying down his vocals live with band.

Driven crazy by the mundane surroundings of Abbey Road the Beatles had already started to experiment with other studios during Magical Mystery Tour. Lured by 8 track machines or because Abbey Road was fully booked; Hey Jude, Dear Prudence, Martha My Dear, Honey Pie and Savoy Truffle were all recorded at least in part at Trident Studios. But even within Abbey Road they moved around. McCartney recorded the drums for Mother Nature's Son in a corridor and the whole band squeezed into a small room next to Studio 2 to cut Yer Blues.

Though from the earliest days addition musicians appeared on the recordings, from George Martin and classical soloists to friends and family, Eric Clapton's appearance on While My Guitar Gently Weeps marks the highest profile guest.

The view that the White Album was a glorified solo album is highly debatable but there was a high degree of fragmentation at this time evidenced by the fact that Harrison, Starr and George Martin all felt at liberty to take holidays during work on the album and that Starr and engineer Geoff Emerick both quit. Even when everyone was around they were often working simultaneously in different rooms at Abbey Road.

It's debatable how beneficial all this experimentation was. On the one hand it undoubtedly resulted in some better versions of the songs. But the openendedness of the process, itself a response to creative and personal frustrations in the band, clearly helped to further damage already fragmented relationships between band members and production staff. George Martin's desired to create a really strong single album might have been a healthier way to go. Pre Sgt Pepper, the band had always alternated intense periods in the studio with touring. From '67 onwards their lives became pretty much a never ending recording session.


*Love Me Do (with and without drummer Andy White) and Sie Liebt Dich (She Loves You) were completely different recordings though very much the same arrangements. Across The Universe and Komm Gib Mir Deine Hand (I Want To Hold Your Hand) are radically different versions built on the same basic recordings.


Buy The White Album (Amazon UK / Amazon US)
70+ Songwriting Tips From The Beatles
The BeAtletudes
About Beatles Songwriting Academy
Let's Build An Airport EP
Posted by Matt Blick at 11:23

Email ThisBlogThis!Share to TwitterShare to FacebookShare to Pinterest
Labels: Album Conclusions, THE BEATLES aka WHITE ALBUM