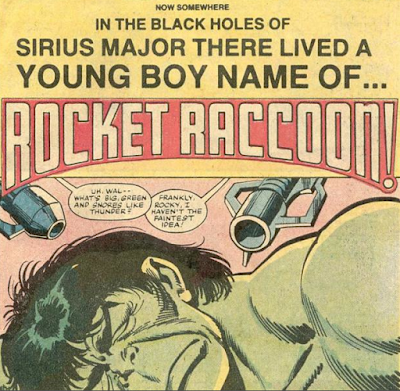 Though not a kid's song, McCartney's child-friendly story (Ticket 64) captivated me as a kid listening to my sister's C120 cassette and I've never outgrown it. He was writing about “some bloke in a raccoon hat, like Davy Crockett”* but to 10 year old me it was a real gun-toting Racoon.

Rocky Sassoon was 'jammed' into life by Paul on a Rishikesh roof (with John Lennon and Donovan throwing in ideas) and recorded in a single session. Somewhere on the way to Abbey Road Rocky changed his name (thankfully!).

The White Album version is built on take 9 featuring McCartney (vocals and acoustic guitar), Starr (drums) and Lennon or possibly Harrison (bass). But Anthology has the unadorned take 8 and reveals the Beatles 'at play' in the most healthy way.

Though he later dismissed Rocky and his own part in it**, Lennon seems into it on take 8; maybe it was the Lennon-approved repetition, working quickly enough not to get bored or just being in a good mood that day.

It's amazing how much the two takes differ. There's a straighter strumming pattern, Lennon keeps switching between bass and harmonica, and the lyrics are all over the map (literally – Rocky is from Minnesota, not Dakota) revealing the semi-improvised nature of the song

Rocky Raccoon, he was a fool unto himself and he would not swallow his foolish pride

Roll up his sleeves on the sideboard/ roll over, Rock/ it's just a scratch/ I'll be OK when I get home and most memorably Move over doc, let's have none of your c**k

Once they nailed take 9 they added BVs, harmonica and harmonium**** (Lennon) and more drums and bass (Ringo and Paul). George Martin's patent sped-up Honky Tonk piano is a great touch, lending a bar room vibe which, like the snare drum 'gunshot' at 1:47-49, is an example of Madrigalism (Ticket 49). 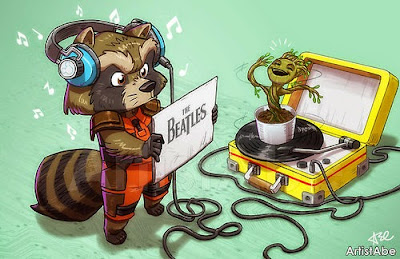 Why Does It Work?


For me Rocky Raccoon is a great little song that shouldn't work. Five verses and two instrumental verses, all based on the same musical material, should be teeth-grindingly monotonous … but it's not (at least for me!). Verse 1 is a 'jazz-style intro verse' (Ticket 53). Opening bleakly on an A melody note (sung 22 times!) over an Am chord it sounds almost like an operatic recitative. In Paul's mind it's “talking-blues”. *****

A big part of the song's staying power the strength of the chord progression.

In this simple 8 bar pattern we have a wealth of interesting things.


A single chord pattern song is rare for the Beatles but such a multifaceted progression really keeps things interesting. There are other points too

Though we have a fairly repetitive melody over changing chords (Ticket 48) it doesn't grate because the melody, like the chords, stays unresolved by avoiding the root (Ticket 50). The melody is mainly pentatonic (C D E G A) with the odd Eb bluesifying the melody (Ticket 22), especially on “broken his dreams” and in the hooky piano/scat singing instrumental (Ticket 3).

Well-drawn characters (Ticket 70), and some 'bookending': melodically, lyrically and dynamically, between verse 2 (checked into his room) and verse 5 (fell back in his room) really tie things together and avoid the song becoming a never-ending shaggy-dog story.

Yes! Apparently Rocket Racoon was based on the Beatles song! More background here

*Many Years From Now (p. 423)
**Paul [wrote it]. Couldn't you guess? Would I go to all that trouble about Gideon's Bible and all that stuff? John Lennon: All We Are Saying
***Abandoned lyrics are from The Complete Beatles Recording Sessions
**** The 'harmonium' (from 2:22) sounds much more like an accordion to me. You can hear Abbey Road's Mannborg Harmonium here
***** Beatles Interviews


Buy The White Album (Amazon UK / Amazon US)
Piggies: Doing It For The Kids
White Album Posts
70+ Songwriting Tips From The Beatles
The BeAtletudes
About Beatles Songwriting Academy
Let's Build An Airport EP
Posted by Matt Blick at 13:00