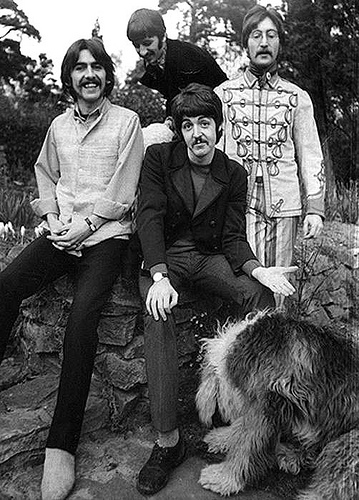 As is sometimes the case with Beatles songs before you can mine them for songwriting tips you have to ask such (seemingly) obvious questions as “what key is this really in?” and “where is the one?” We had this issue with She Came In Through The Bathroom Window. This time I'll try to keep it quick and painless.

Hold on there hoss!

I think The clearest way to decipher it is to feel where the strongest accents are and call those the 'one' of each bar. The most likely suspects are

For me the second option feels right**. We're dealing with one rogue extra beat and, listening to the vocal line, it's the word “conver-sa-tion” that feels stretched out compared with the rest of the melody. Sing “spend my days in conversation, please” with the same rhythm on "-sation" as you have on the rest of the line (8th notes/semiquavers) and it converts seamlessly into good old 4/4. So you could say that Paul is using the Lennon Extension (Ticket 52) - adding an extra beat where he needs it to fit something in. 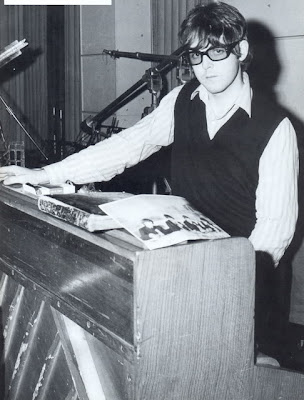 More often than not the first chord is the root chord - but not here. Unlike Yesterday, where the 'seven drop' (ticket 60) takes you out of key in the 3rd bar of the song but brings you straight home in bar 4, here we never really get home to Eb major, because that isn't home.

Where we should be hearing Ab we have A natural quite prominently in the melody till we land on the F major chord on the word 'please'. Mentally pause there. Feels like home? Sure does. The first half of the verse is in F major and the only out of key note is the Eb we mistook for the root note. But it gets weirder. We DO get the Ab we need now in abundance in the next 4 bars as the chords alternate between Bb7 and Ab. But when we get to the final 'Martha My Dear' of the verse we are sitting peacefully on a Bb7 chord and a Bb melody note. We don't feel the need to resolve back to Eb even though all the notes fit in that key. That's because we are now in the Bb mixolydian mode (the 5th mode of Eb major). Once again it's all about what note and chord we feel settled on. If your ear isn't being pulled towards some other chord you're already 'home'.

What about the bridges? Well not to disappear down a rabbit hole of analysis (if I haven't already) we're back in F major in bridge one (hold you head up). Lots of A natural, no Eb at all. In bridge two there's the introduction of B natural within the G9 which could suggest we're in (wait for it!) D dorian mode. But, to my ear, these are notes that are merely spice up the key rather than change it. Not just because this only lasts four bars before we end up back in F major but because Paul 'ignores' the chord and doesn't use Bb or B natural in the melody at those points (ticket 14) whereas the earlier A natural note appears in the melody, chords and bassline.

For me the final proof about the song being largely in F major and Bb mixolydian is that when Paul lands 'home' on Eb major (after “for each other silly girl”) what should sound like a final chord sounds like the announcement of a key change (in the same way as the final chord in both sections of Penny Lane (meanwhile back) leads you into a new key. 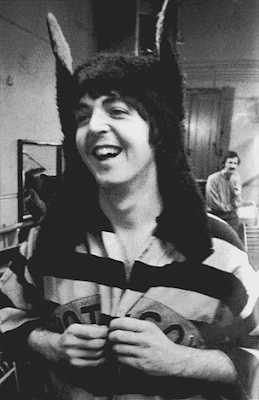 So if you've hung in with me thus far (and if so you have my admiration!) is there a practical songwriting lesson here?

How about this. Paul is doing something very clever (though instinctive) with key, time signature and a contrapuntal style of writing that was unusual. And he hits you with everything within a few bars! Many artists subconsciously 'psyche themselves' to include unusual stuff by bringing it in gradually. Don't do it. Grab your listener with the cool stuff right out of the gate (Ticket 61). Whether that's the mellotron on Strawberry Fields Forever, the talk box on Living On A Prayer or the drumless weird time signatures of Everything In It's Right Place or Pyramid Song by Radiohead.

Email ThisBlogThis!Share to TwitterShare to FacebookShare to Pinterest
Labels: Key Changes, Martha My Dear, Penny Lane, She Came In Through The Bathroom Window, THE BEATLES aka WHITE ALBUM, Time Signatures