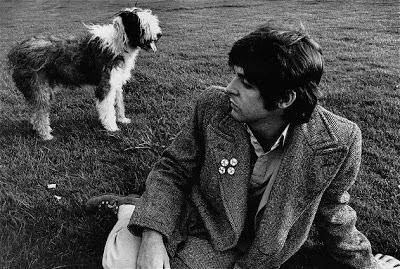 Phew! I'm back at the song grindstone! Never mind FAWM, this is such a wonderful complex song that I've been struggling to know where to start. So expect a bunch of rambling posts as I just dive in. Don't say I didn't warn you!

This track was written by Paul as a piano exercise that he says was “slightly above my level or competence” and that's the heart of the wonderful problem it presents. More than any song we've covered (including The Long One) the verses are truly classical in construction made up of three independent contrapuntal lines (Ticket 12 - basically the left and right hands of the piano part and the vocal line) with no real chord progressions to speak of.

When the verse kicks off the right hand and vocals are in unison (and doubled by the strings). After the line “Remember me” the vocals split from the piano to form three independent lines. In the instrumental section the strings are replaced by brass.

There are essentially two bridges (“Hold you hand out...” and “Take a good look around you”) which are more 'pop' in construction (melody atop chord progressions with bassline following the chords) but both sections are still rendered odd with extra beats (tickets 37 and 52), outside chords and a switch to double tempo. Is the song about his sheep dog, Martha?

Only in sense that She Came In Through The Bathroom Window was about a burglary at his home. Which is to say, not at all. Paul for most of his career has had an almost pathological aversion to writing transparent songs that draw from his own life. Even when the impulse comes from real life (as in Hey Jude) he is at pains to hide it. More often though, real life merely provides a pithy phrase or an idea to kick things off (eg “I'm backing Britain” morphing into 'back in the USSR').

I was blocking out words - you just mouth out sounds and some things come - I found the words 'Martha, my dear'


Personally I don't have a problem with Paul's escapist approach. I think it's a valid way of writing though John (and to a certain extent George) went on to reject it in favour of more starkly communicating their genuine emotional, political and spiritual beliefs. 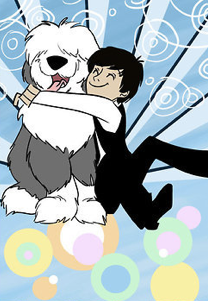 So to conclude – don't just practice technique in isolation from your songwriting. Write something with whatever you're trying to master – it may turn into a great song (New Ticket 59!). And as far as Martha is concerned, the lyrics aren't so critical – the magic's in the melodies.

Email ThisBlogThis!Share to TwitterShare to FacebookShare to Pinterest
Labels: Lyrics, Martha My Dear, Piano, THE BEATLES aka WHITE ALBUM