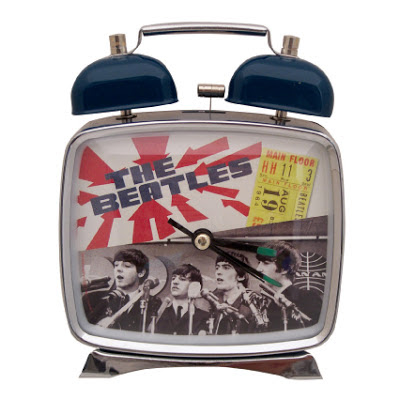 Long Long Long was the last Harrison track recorded for the White Album and though it was a completely Lennon-less recording, stand in producer Chris Thomas made himself useful playing piano as George Martin was finally back off his month long holiday. The original title - It's Been A Long Long Long Time was ironically deemed too long. Harrison confessed to being inspired by the chord progression in Bob Dylan's (long long long) song Sad Eyed Lady Of The Lowlands and it's one of the few completely diatonic compositions in the Beatles catalogue.The weird noise at the end (other than George howling like Yoko driving a fire-truck) is a bottle of wine vibrating sympathetically on top of a leslie speaker.

It holds the dubious distinction of being arguably the worst mastered track ever released by the Beatles (at least on the 'original' stereo release), incredibly quiet compared to every other track on the album and really muddy sounding. Less rare, but equally horrible, is how badly set up George's acoustic guitar sounds. Fretbuzz city.

As you might expect of a track that took 67 takes to record, it's a pretty uninspiring song. It retains some interest by maintain odd numbers of bars (19 in the verse and 15 in the bridge, the latter also seems to fit in blocks of 3).

This weirdness, however you slice it, keeps you from nodding off, as does the way the song resolutely stays off the root chord. The key is F (on guitar played in D capo 3). But the first progression

can almost lull you into thinking Bb is the root chord (even though the Am instead of F/A would rule that out). But more than that, both the verses and the bridge keep 'resolving' to a C chord. Even the song itself ends there, descending into madness, seemingly communicating “it's been a long (x3) time and it's not over yet”.

Is C the root note?

That would put us in the mixolydian mode. But though Tomorrow Never Knows and Paperback Writer are clearly mixolydian, here the fact that we're constantly striving to get back to F tells me we're still in the major key. So staying off the root chord (ticket 6) is one trick we can pick up. 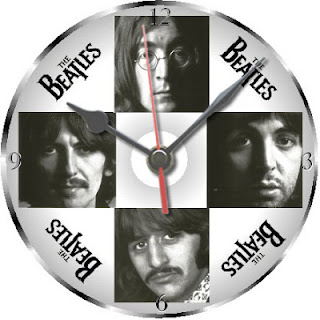 Having a few nice instrumental hooks (ticket 3) to pick up some melodic slack from the vocal line is another. The piano in the bridge and george's buzzy hammer-ons on acoustic guitar stand out. As does Ringo's A Day In The Life style 'lead drumming'. The way Harrison sings “long, long, long time” over the Bb Am Gm F chords is an example of both ticket 36 (emphasise a key lyrics by having one chord per syllable) and madrigalism (ticket 49) in the fact that he takes a long loong looooong time to sing it!

The lyrics are pretty poor to be honest, not enough to earn a place in the Hall of Shame, though “so many tears I've been searching” almost bought the song an invitation.

Not one of Harrison's best. I'm sure someone will disagree! Leave me a comment. What stands out for you here songwriting wise?

And with that we're pretty much done for another year. I hope to hit a few blogging milestones early next year & I'll try to do a special Christmas post but if I don't make it – Have A Very Merry Christmas and may you write some killer tunes in the new year!