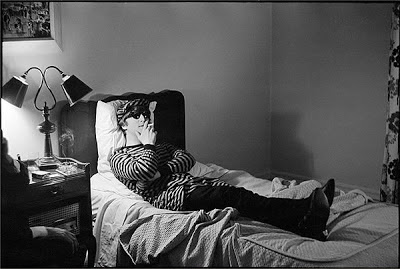 One of the great mysteries to me about the Beatles evolution is how a band that cut their teeth playing 12 bar blues covers in Hamburg nightclubs could go on to pen so few 12 bar blues songs themselves. To be sure the influence survived in the bluesy vocal lines and inflections in melodies like From Me To You and She Loves You. But the 12 bars structure seems to be something they outgrew. Or did they? Because a surprising number of tracks that don't appear bluesy from Don't Bother Me to The Fool On The Hill are built on 12 bar sequences (ticket 35).

just switch the D's in bars 7 and 8 to A's and you have the most basic 12 bar you can have. But the AABBC rhyme scheme does a great job of disguise the origins. 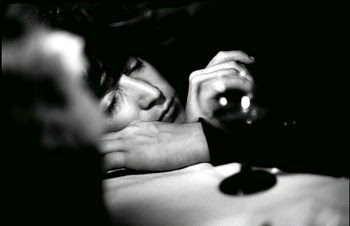 we have 13 bars, but the Dm is really nothing more than the Lennon extension (ticket 52). John drags out the sequence merely to add “no no no” in precisely the way that John Lee Hooker or Robert Johnson might stretch a pattern to squeeze in one more fill or phrase.

In the verse, though the chords are a 106 miles from Chicago, the lyrical structure again reflects the blues.

essentially a three section structure with two parts the same (or similar) followed by one contrasting part. In I'm So Tired we have and 2 lines that start “I'm so tired...” sung over almost the same chord progression twice

followed by a line that contrasts musically and lyrically -

All in all a stellar example for ticket 35 - a non blues 12 bar structure. 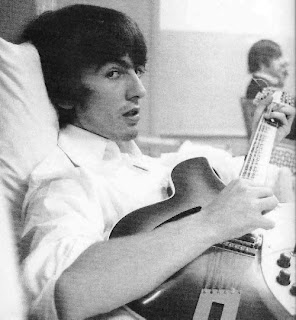 
While we're looking at that last line check out the chords. The song has only (!) three out of key chords (ticket 28) but each is an absolute gem. First the Dm in last two bar of the verse is the classic Beatles doo wop chord the minor 4 (iv) a trick so ubiquitous it's earned it's own ticket (ticket 8). Here instead of the doo wop approved progression IV iv I (D to Dm to A) we slam into it from a minor 6 (F#m to Dm to A) which is a progression we ran into last time in Bungalow Bill

Note: the final verse chord in both songs is a iv, both are Lennon songs recorded on the same day. Who says you can't recycle ideas?

You can hear this on She Loves You, You Won't See Me and I Will amongst others.

The other two chords, E augmented (E+) and G#7, both contain C natural which is the only out of key note that appears in the melody. The G#7 is the VII7 chord and is of interest because it's same striking chord Lennon used in Sexy Sadie

Stuart Kidd and I used exactly the same G – F#7 Bm move on our song Sadie's Sister (hey, if you're gonna steal be shameless!) but this time the key is D major renedering the progression

which is similar to what Radiohead do in Karma Police

Lastly we have a lot of cool contrasts between sections (ticket 5). The verse has one chord per bar but the chorus spends a long time on each chords. Lyrically the verse states “I'm tired” but the chorus talks about why he's tired. And reflecting that distinction the rhythm of the verse melody is very dragged out with lots of melisma but the chorus is more rhythmic and bursting with nervous mental energy.

Email ThisBlogThis!Share to TwitterShare to FacebookShare to Pinterest
Labels: 12 Bar Blues, Don't Bother Me, From Me To You, I'm So Tired, Matt Blick, Radiohead, Sexy Sadie, She Loves You, THE BEATLES aka WHITE ALBUM, The Continuing Story Of Bungalow Bill, The Fool On The Hill, Yesterday