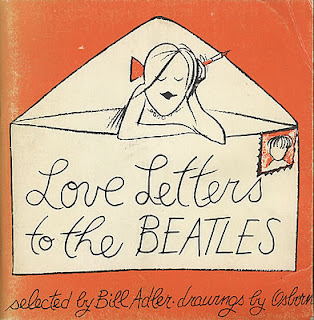 This song has a truly great verse, a very nice flowing melody, wistful in a ‘Danny Boy’ kind of way with good match of mood, music and lyrics.

Our first ever ‘Ticket to write’ (T1) is the verse ending. Rather than landing on the I or 'root' chord (D major) on P.S I Love You  they delay it by playing the bVI (Bb) rising to the bVII (C) before finally arriving at the I (D) a ballsy 2 bars later.

Though the song is in the key of D major both Bb and C are borrowed from the parallel minor scale (Dm).

The harmonising of the first word in each bar is also a nice touch. 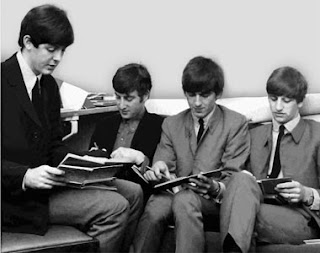 So why isn’t this a great song?

The bridge.
They pull out all the stops totally re-harmonising it in the intro (nice touch) (Ticket 4) and adding gospel style vocal ad-libs in the second, but as far as the bridge goes, we’re polishing turds here. The tune is monotonous melodically and rhythmically, the chords progression a dull IV (G) I (D) and the lyrics…

In a song called PS I Love You,
he wants her to remember
(as he sends his love to her)
that he’ll always be in love with her. 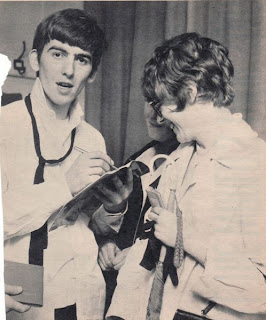 Email ThisBlogThis!Share to TwitterShare to FacebookShare to Pinterest
Labels: B Sides, P.S. I Love You, PLEASE PLEASE ME