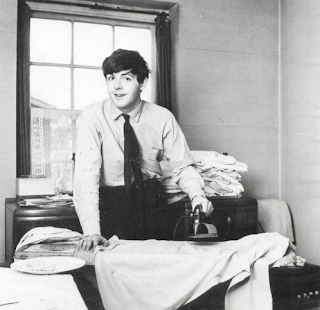 Can You Take Me Back is not, as it first appears, a coda for Lennon's Cry Baby Cry. It's a 'hidden' (or uncredited) Paul McCartney song fragment recorded during the 16 Sept I Will session. The Beatles often played snippets of other compositions during sessions (see the Piggies/Something session) and on this day Paul and percussionists John and Ringo busked their way through Step Inside Love, Los Paranoias and The Way You Look Tonight. Can You Take Me Back lasted 2:21 from which a 28-second edit was used. The fact that Paul cycles round the same short sequence suggests it was improvised on the spot.

Sharing no real connection with Cry Baby Cry (or Revolution 9 which follows), an accidental byproduct of the digital era is it has now permanently become part of disc 2 track 11, just as Lennon's 'aye-up' has migrated from the end of Bungalow Bill to the beginning of While My Guitar. The Beatles Complete Scores doesn't even bother to transcribing it.

So what can we say about it as an independent piece of music? Nothing that I haven't already said about the importance of tracks like this in my post on Wild Honey Pie.

The White Album is full of songs, long and short, well thought out and off the wall, straight ahead and avant garde. On an album already featuring Wild Honey Pie it's hard to see what purpose this serves to the songs that bookend it, much less the album as a whole.

Maybe it's waiting for someone to write a verse for it (or at least move to a second chord). Maybe that person is you!

Email ThisBlogThis!Share to TwitterShare to FacebookShare to Pinterest
Labels: Can You Take Me Back, Cry Baby Cry, Outtakes, THE BEATLES aka WHITE ALBUM