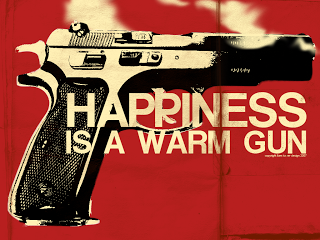 This is probably John Lennon's most complex Beatles song, rivalled only by A Day In The Life and Strawberry Fields Forever, which are both complex for very different reasons.

The three distinct sections that make up the demo are all different songs that were pieced together (ticket 55). Though the weakest section was dropped (Yoko Ono, Oh No), two more sections were added between demo and studio sessions and were presumably written specifically for inclusion in this song. So there are four sections, but they're constructed from three separate 'parts'. With me so far?

In working this way Lennon was prefiguring the Abbey Road medley in his own miniature way, for, though he contributed fragments to 'The Long One', the latter was McCartney and Martin's baby and Lennon had little enthusiasm for it. 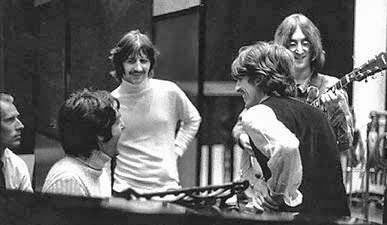 The song was fully formed by the time Lennon turned up at Abbey Road on Sep 23, 1968, which means the edits and revisions were mostly John's handiwork rather than a group effort (see below). But what the band undoubtedly contributed was nailing him down to specific time signatures and numbers of bars. Listen to the demo (above) to hear how (ahem) 'fluid' Lennon's timing is. Elastic doesn't begin to cover it. There are so many odd bars it's hard to know where beats have been removed (ticket 37) or added (ticket 52).

Though “95 takes” is often bandied about it actually took a mere 70 (!) to lay down the backing track (an edit of takes 53 and 65, probably spliced at 1:34). The remaining takes were spent overdubbing backing vocals, organ, piano, snare drum, tambourine, extra bass, barely audible tuba (!) and rerecording the lead vocals (you can hear a spill from a guide vocal at 2:21).

At the start of recording the title was Happiness Is A Warm Gun In Your Hand. It's unlikely that was the demo's title as that section hadn't been written yet!

Let's look at the song section by section.

Section 1: “She's not a girl who misses much”

John trims the fat (ticket 2) by having the intro consist of a single syllable “she's...”

What follows is the finger picking pattern John learned from Donovan in Rishikesh and used on Julia and Dear Prudence. Paul used it in a more primitive fashion on Blackbird. The guitar sounds heavy, almost slowed down in a similar way to the Rain backing track. The 2 chord pattern appears initially in the key of Em then switches to Am. The riff is in 4/4 albeit with a varying numbers of bars, and a single 2/4 bar appears during the words "donated to the...”

Lyrically this is, by far, longest section, there are no repeats and nothing in the 'first person'. 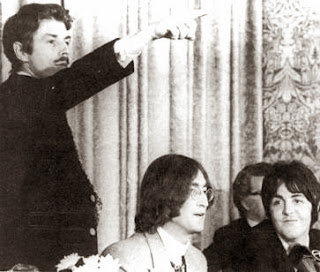 This section also features the work of one of the Beatles many uncredited co-writers (more on this here). Apple's publicist Derek Taylor* brainstormed lyrics on this section with Lennon and contributing the “lizard on a window pane” and “velvet hand” lines from personal recollections. Despite the bizarre stream of consciousness lyrics almost everything mentioned in this song has it 's basis in real life, or news reports. Donating what you've eaten “to the National Trust,” for example, is a euphemism for taking a dump outside. 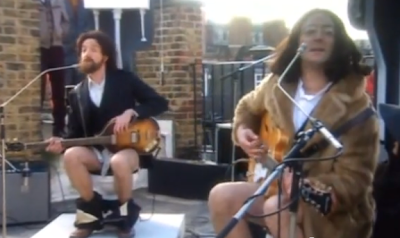 Here we switch to 3/4 time and become modal. The centre is still A but the chord sequence (A7 - C - Am) veers between major and minor. The lyrics consist of two first person lines (one repeated). Lennon later (unconvincingly) denied “I need a fix cause I'm going down” referred to drugs.

Section 4: “Happiness is a warm gun”


The chords switch from Am to the relative major key – C major. The progression is a stock doo wop pattern C, Am, F, G with an Fm (the m4 - ticket 8) preceding the false ending (ticket 47). The song boasts a second false ending as the track fades back in for a final drum hit.

Lennon took the title from a gun magazine, The American Rifleman, which he saw in Abbey Road studios.

Next time we'll get some tips for how to combine your random song fragments into a complete song, then take a closer look at all the rhythmic weirdness going on it this song, before concluding with what (if anything) ties together such a patchwork quilt of a song.

*Uncredited, he may have been, but he did get a namecheck in John's Give Peace A Chance