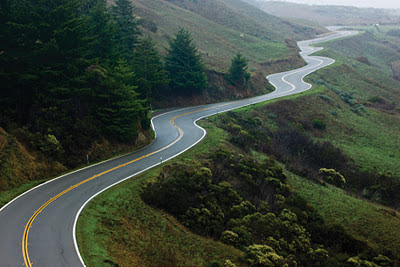 Let's dig into the song that is arguably McCartney's last great Beatles song (feel free to disagree that's what the comments section is for!) with some background and a roundup of cool songwriting points. Future posts will look at how McCartney develops the central melodic theme and how he evoked such a strong sense of being on a restless journey.

If you want any evidence of what a songwriting monster Paul McCartney was (is? Discuss!) how about this – He wrote The Long And Winding Road and Let It Be on the same day!!! (sorry I don't think that as enough exclamation marks. !!!!). Feeling inadequate yet?

Both this song and Harrison's Something were written with Ray Charles in mind. You can hear this on the way Paul sings a b3 over a Db/Eb chord (seen that road before). Very jazzy, very Ray. Bluesifying the melody (ticket 22) also happens on the second line of the verse (leads to your door) but this time using a b7. The sparse and tasteful use of this 'trick' really rescues the song from just being a straight melodic ballad and gives it a slight cool edge.

It's no coincidence that the only two 'out of key' chords in the song (ticket 28) occur in the same place as the 'blue notes' in the melody. There's a lot of subtlety and restraint here, Paul is not bashing you over the head with wrong chords 'Walrus' style (though there's nothing wrong with that!). The chord progression in general is quite creative, avoiding the V chord (Bb major) till the end of bar 7 (ticket 7) and not really coming to rest on the root chord (Eb major) till the end of the verse (ticket 6).

The AABA structure (ticket 26) harks back to the earliest songs like Love Me Do – verses and a bridge, but no chorus. The strong contrast between the two sections (ticket 5) helps keep the song interesting - the bridge is short, regular and repetitive but the verse is long, meandering and only cycles through the melody once. The 12 bar long verse - a 'non 12 bar blues' (ticket 35) also hints at the Beatles influences. It's almost as if 12 bar blues were so ingrained in Paul that he slipped into writing sections 12 bars long even when he wasn't using blues progressions. He did this a few times, most notably on the verse of Fool On The Hill. The old Beatles economy comes back too – there's no intro (ticket 2) and the ending is an instrumental restatement of the vocal hook (ticket 4).

Speaking of the ending, McCartney uses an Aeolian cadence (ticket 10) at the end, using the vi chord, Cm, instead of the I, Eb major (listen to 'Naked'). But unfortunately Lennon (and Harrison?) miss the substitution and play Eb anyway (listen closely to Anthology 3) which caused Richard Hewson to orchestrate it as a Eb (I) on the original album. Shame.

Next time we'll take a quick look at the lyrics.

Email ThisBlogThis!Share to TwitterShare to FacebookShare to Pinterest
Labels: ANTHOLOGY 3, Let It Be, LET IT BE (album), LET IT BE NAKED, Love Me Do, Ray Charles, Something, The Long And Winding Road