Under The Influence: Daniel Johnson 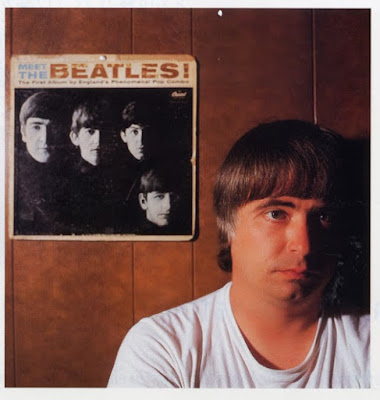 When I learned how to play I was always trying to write with Queen … but I could never quite get a song. And then I started listening to the Beatles and got more into the knack of songwriting. And then, finally, my dad bought me a book called Complete Beatles, and ... I played every song in that book again and again, and I did develop a rapport with the Beatles songs. I began to re-work because of what Ringo said in an interview. He said, "We took other people's songs and rearranged their chord structures to write songs," and I go, "Wow!" and I started doing that with their songs. And it was like magic, rearranging the chords. It was like a mathematical situation.

It was just a phenomenal theory for me. Of course, if the Beatles heard about this today they'd roll over in their graves, but you know, that's what I did and it was revolutionary to me and that went on forever. This book was like a bible to me and I knew all their songs and I played them, and then I kept … writing with the Beatles theory over and over again. Millions of songs. 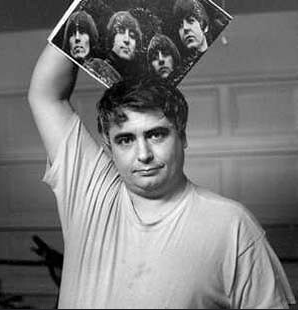 Pitchfork: Do you have a favourite Beatles song?

Well, I wouldn't know what to say. From Yesterday to I Am the Walrus to... Yer Blues ... so many. I wouldn't do without any of them. I love the Beatles, they are my favourite band.

Pitchfork: The first time I heard a tape of yours it reminded me of Rocky Raccoon.

Well, when John Lennon wrote [Rocky Raccoon]*, he had a book called Enter in the Words**, where he would play around with words and everything was hilarious, and that really was a big influence on me. I had a song called Never Relax, and I was playing around a lot with words that way. And it took a long while for John. I mean, in the early days, he was writing songs-- love songs-- and those were great songs, and at the same time he was writing really hilarious poetry. But it took him until Revolver to take that hilarious poetry and work it into his songs.

But that was an influence on me, in writing lyrics. You know because John was hilarious with his lyrics, and you know, we miss him. But I believe the Beatles are still alive, and with me, because I can put on any record at any time and there they are. And so the Beatles mean a lot to me, and I listen to them a lot. They're my main influence. And I just acquire anything I can get a hold of, from bootlegs to solo albums to whatever. 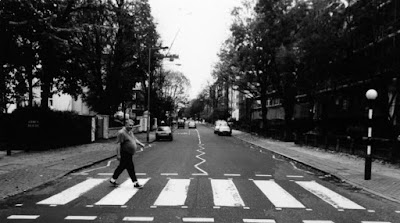 The Beatles – Daniel Johnson (from the album Yip)

When I was born in '61***
They already had a hit
They worked so hard and they made it too
They really were very good
They deserved all their success
They earned it, yes they did, they didn't buy their respect
And everybody wanted to be like them
Everybody wanted to be the Beatles
And I really wanted to be like him but he died
A legendary rock group
Like history now to read
Like a magical fairy tale that's hard to believe
But it really did happen
Four lads who shook the world
God bless them for what they done
God bless them for what they done

*Paul McCartney wrote Rocky Racoon
**There's no book with this title. Perhaps Daniel means In His Own Write, or Spaniard In The Works.
***Their first hit was in 1962