Under The Influence: Buddy Holly 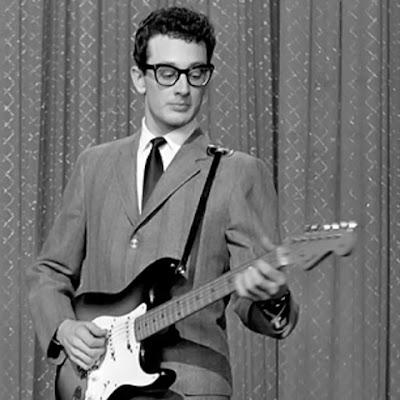 I only saw [Buddy Holly] on the London Palladium [TV show] … He was great. It was the first time I saw a Fender guitar being played. While the singer sang! (Also the 'secret' of the drumming on Peggy Sue was revealed - live).

The name BEATLES was directly inspired by CRICKETS. I think the greatest effect was on the songwriting (especially mine and Paul's). We [performed] practically everything he put out, what he did with three chords made a songwriter out of me. He was the first guy I ever saw with a capo, he made it OK to wear glasses. I was Buddy Holly.

John Lennon answering a Sept 1974 questionnaire by Jim Dawson The Elvis Forum. I've edit some of Lennon's punctuation for clarity and my own sanity! 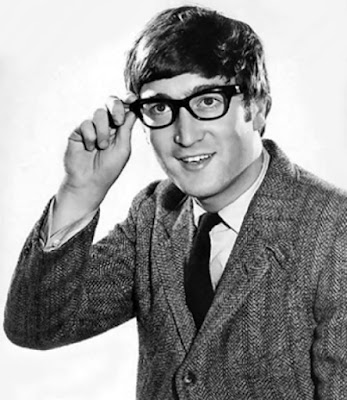 One of the greatest people for me was Buddy Holly, because first of all he sang, wrote his own tunes and was a guitar player, and he was very good. Buddy Holly was the first time I heard A to F#m. Fantastic—he was opening up new worlds there. And then A to F, A, D, E, F and F#m. He was sensational. I no longer had the fear of changing from A to F.

Quoted in Mark Lewisohn: The Beatles - All These Years: Volume One: Tune In (p.150)

Words of Love - Beatles for Sale
Crying, Waiting, Hoping - Live at the BBC
That'll Be the Day - Anthology 1 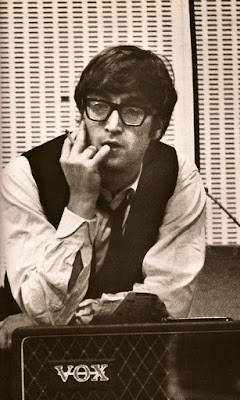 More Under The Influence posts
Further Reading: Aaron Krerowicz: Influence of Buddy Holly on The Beatles

Email ThisBlogThis!Share to TwitterShare to FacebookShare to Pinterest
Labels: Buddy Holly, Under The Influence