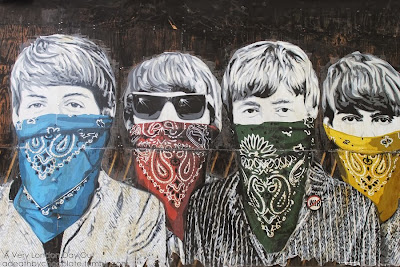 Though they were not as bad as Led Zeppelin the fab four's back catalogue has more than it's share of music and lyrics that were begged, stolen or borrowed. For the most part the boys have been ready to admit it in print. But just not the kind of print found on royalty cheques. Here's a long overdue tribute to the unsung backroom boys (and girls). Maybe you'll be amazed...


A Day In The Life
(Lennon/McCartney/Doran) 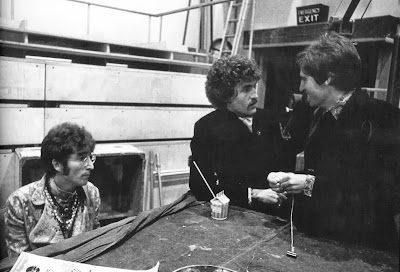 Lennon said “I knew the line had to go 'now they know many holes it takes to ____ the Albert Hall'. It was a nonsense verse really, but for some reason I couldn't think of the verb. What did the holes do to the Albert Hall?” Terry Doran, the Beatles favourite 'man from the motor trade' (and the maraca player on Strawberry Fields Forever) said “fill the Albert Hall”
(The Beatles: Davis p.299) 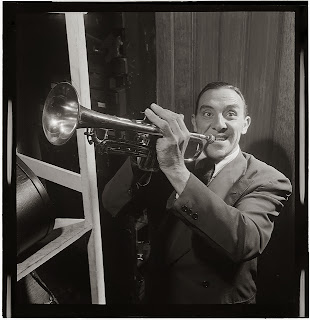 Both the intro and the outro quoted from previous written music - The French National Anthem (La Marseillaise), composed by Claude Joseph Rouget de Lisle, Greensleeves, J.S. Bach's Invention No. 8 in F major and Glenn Miller's arrangement of In The Mood, which in itself was a wholesale theft of Wingy Manone's Tar Paper Stomp.

Being For The Benefit Of Mr Kite
(Lennon/McCartney/Sousa/Unknown) 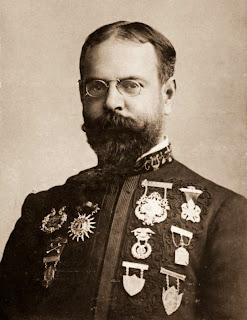 The lyrics, taken almost wholesale from an advertisement Pablo Fanque's Circus, were probably written by someone in the circus and chopped up 'samples' of John Phillip Sousa marches featured in the middle section.

Can't Buy Me Love, Help, She Loves You
(Lennon/McCartney/Martin) 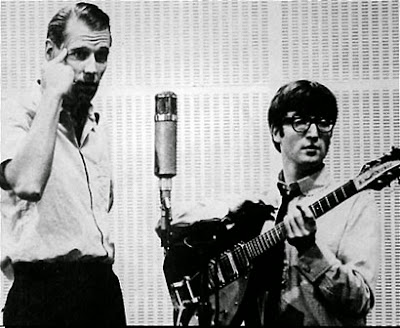 George Martin displayed his unerring genius for musical development and pop catchiness by composing the intro sections for each of these songs. 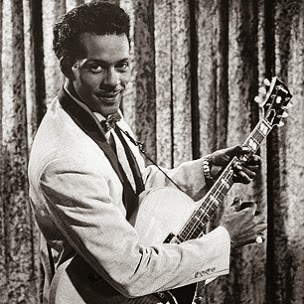 The line “Here comes old flat top” and the general melody were consciously stolen from Chuck's song Catch Me If You Can. Though Paul McCartney attempted to disguise this by changing the feel, Berry's publisher, Morris Levy, sued Lennon anyway and won. 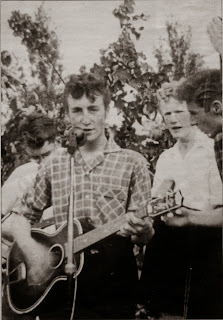 The only song (apart from Dig A Pony and Flying) that features all four Beatles as co-writers, George and Ringo contributed “all the lonely people” and “darning his socks” respectively. School friend and Quarrymen washboard player, Pete Shotton suggested bringing Eleanor & Father McKenzie back in the last verse and George Martin came up with singing the bridge over the final chorus.
(Revolution In The Head p.204) 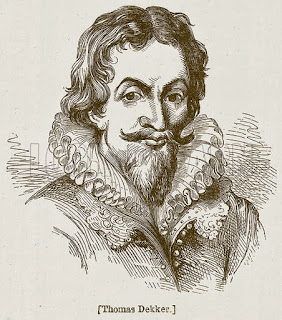 If I Needed Someone
(Harrison/McGuinn) 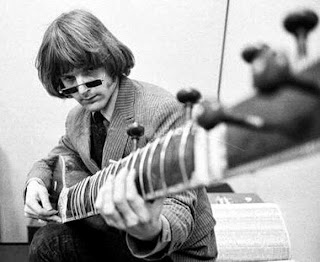 When George Harrison heard The Byrds cover version of The Bells of Rhymney he loved Roger McGuinn's 12 string riff so much he lifted it entirely for his Rubber Soul track.

George was very open about it, he sent [the record] to us in advance and said, 'This is for Jim' - because of that lick.
Rolling Stone magazine


I Saw Her Standing There
(Lennon/McCartney/Berry)

McCartney admits the bassline was 'borrowed' from Chuck Berry's song I’m Talking About You
Many Years From Now (p.94)


Happiness Is A Warm Gun
(Lennon/McCartney/Taylor) 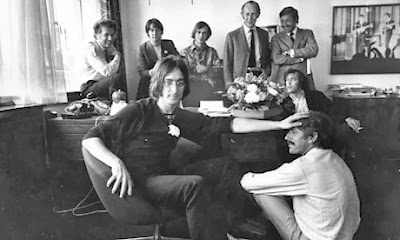 Beatles publicist Derek Taylor brainstormed lyrics with Lennon for the first section contributing the “lizard on the window pane” and “velvet hand” lines. 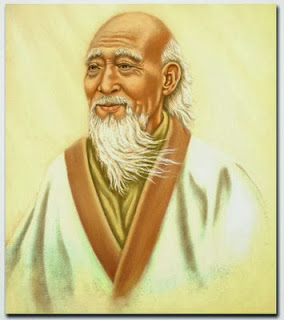 The lyrics are taken wholesale from chapter 47 of the Tao Te Ching, written c400 BC by Lao Tzu (The philosopher formerly known as Li Er) 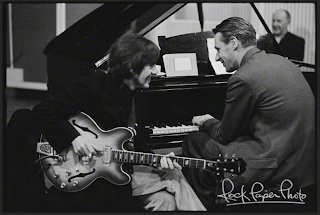 Ivan Vaughan, the man who introduced Paul McCartney to John Lennon, also introduced Paul to french via his language teacher wife Jan who co-wrote the lyrics with Paul at Jane Asher's family home in 1965. Paul said “Years later I sent her a cheque around. I thought I better had because she's virtually a co-writer on that. From there I just pieced together the verses”.

During the recording session George Martin composed the melody that George Harrison played in the solo.
Paul McCartney: (Many Years From Now) 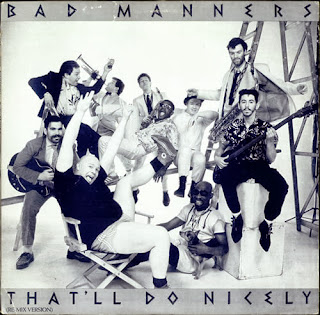 Journeyman Jimmy on the floor with his pet dog

“Ob la di ob la da - life goes on bra” was conga player Jimmy Scott-Emuakpor's catch phrase. So he understandably miffed when it surfaced in a hit song (especially as Jimmy had played on an early version). He sued McCartney, but after being taken to prison for unpaid alimony, Scott agreed to drop his case in return for McCartney footing his huge legal bills.
MTV, Power Pop, Marco On the Bass 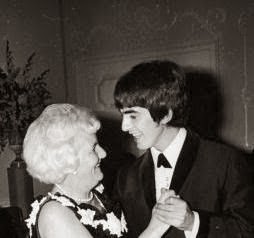 George's mum Louise came up with the lyric, "What they need's a damn good whacking" and John added "Clutching forks and knives to eat their bacon".
Beatles Bible

Run For Your Life
(Lennon/McCartney/Gunter) 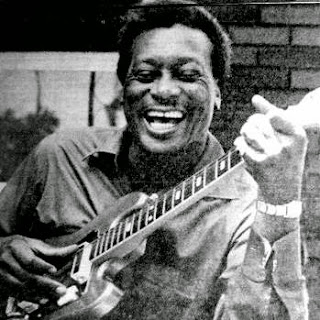 Arthur Gunter wrote Elvis' hit Baby Let's Play House which contained the lyrics “I'd rather see you dead, little girl, than to be with another man”. 11 years later so did John Lennon's Run For Your Life. Coincidence? Nope. 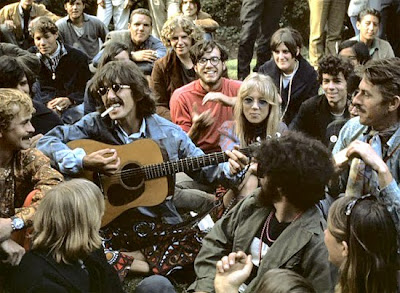 When he wasn't holding John's hand, Derek Taylor also helped out George with the bridges adding "You know that what you eat you are".

She Said She Said
(Lennon/Harrison) 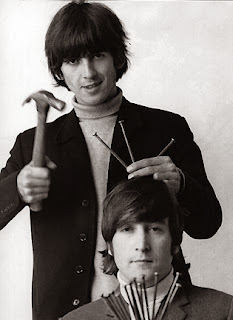 
Harrison said “I was at [John's] house one day and he was struggling with some tunes. He had loads of bits, maybe three songs, that were unfinished, and I made suggestions and helped him to work them together so that they became one finished song - She Said She Said. The middle part of that record is a different song”.

Following an argument with Lennon, Paul stormed out of the studio, leaving the band to record the final Revolver song without him. Meaning Paul is credited as a co-writer on a song that he neither wrote nor played on while Harrison isn't! 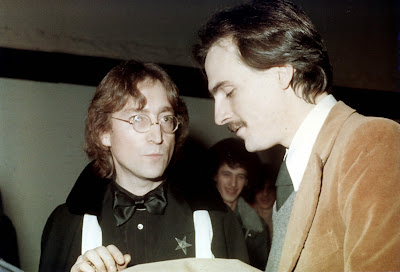 ...but a different Taylor! American singer/songwriter James Taylor released Something In The Way She Moves in 1968 on his self titled debut album, which appeared on a small indie label called Apple. In 1969 George Harrison appropriated it as a title and opening line. Ironically Taylor had intended to call his song I Feel Fine, after the final line in the chorus, but didn't want to nick someone else's title! 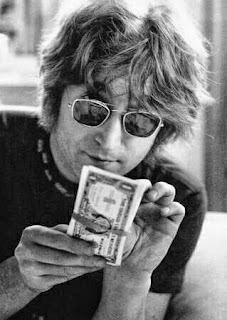 John helped George finish off the lyrics to this song “[throwing] in a few one-liners to help the song along” and name-checking prime minister Harold Wilson and opposition leader Edward Heath.
David Sheff: All We Are Saying


We Can Work It Out
(Lennon/McCartney/Harrison) 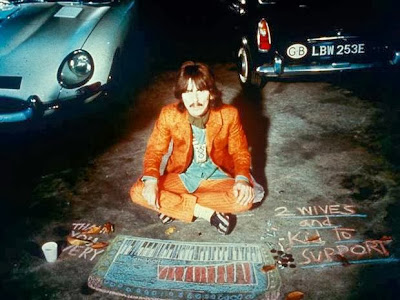 Harrison provided one of the highlights of the track - the idea of doing parts of the bridge in waltz time. 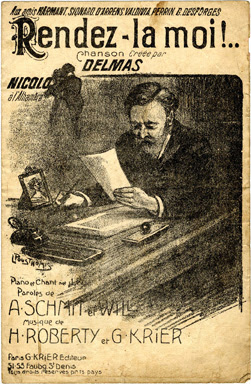 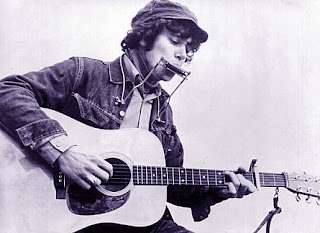 Email ThisBlogThis!Share to TwitterShare to FacebookShare to Pinterest
Labels: A Day In The Life, All You Need Is Love, Being For The Benefit Of Mr Kite, Cant Buy Me Love, Eleanor Rigby, Help, I Saw Her Standing There, If I Needed Someone, Michelle