10:56 Helter Skelter (pt.2): Eleanor Rigby On A Bridge From Nowhere 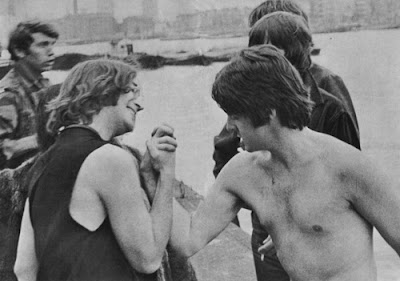 We saw last time that the initial inspiration for this track was a review of I Can See For Miles by The Who. But in terms of influence this track arguably reveals Paul biggest influence – John Winston Lennon. Some of the most recognisable Lennon-isms are vertical melodies (check out the monotonal opening melody – one note reused for 2 bars) and minimal, almost mantra-like, lyrics. 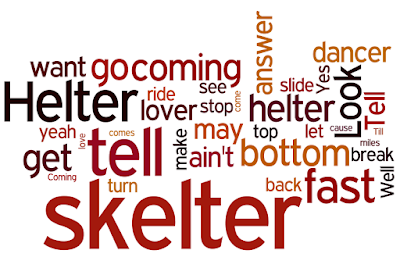 Most remarkable is the two word chorus. Though John embraced such brevity in Girl, All You Need Is Love and others it's almost unprecedented for Paul. There's not much between Love Me Do (three word title; thirteen word refrain*) or Get Back (a two word title; seven word chorus) that even comes close.

Paul's flirt with minimalism extends to the music too. We don't get all seven notes (Ticket 40) or all three diatonic major chords (Ticket 7) - the V chord is absent, which is unusual for a blues influenced song**. 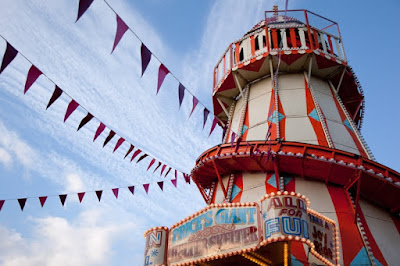 Eleanor Rigby, Sits On The Ride In The Fair...

Starting the song with the most interesting section (harmonically speaking) is a smart move (Ticket 61). Paul plays the same kind of progression employed in the bridge of Eleanor Rigby, a chromatic line descending from the b7th (Ticket 31). But whereas Eleanor's string quartet is musically rich, here Paul distills the idea down to the top 2 strings of the electric guitar. The line (D - Db - C - B) has no fifth or third to harmonise with***. So, though you could look at it as a brother to Eleanor Rigby

those harmonies are only implied. Helter Skelter could just as easily be

The other instruments don't help because NO ONE is adding the 3rd or the 5th to the first two chords.

It's also interesting to ask what this opening section actually is. Do we have an introductory jazz-style verse (Ticket 53) or is it a bridge? Perhaps it's some kind of secondary 'sub-chorus' – functioning like a chorus but less catchy? Each answer is plausible.

Lyrically it does introduce the 'subject', or more accurately the main image, like a verse. But the section is repeated verbatim later. Now, it's not unheard of for arrangers to move a 'jazz verse' to the middle of a song, but it's rare to have it in both positions in the same recording.

Musically it functions well enough as a bridge, the harmonic complexity contrasting nice with the gonzo blues riffing of the rest of the song. But it's almost unheard of to start a song with the bridge as the very purpose of a bridge is to give the listener a break from the material they've already heard. Starting a song with a bridge is like starting a play with the intermission.

The section zeroes in on the lyrical theme like a chorus but doesn't 'feel' catchy like a chorus should and is certainly 'out-chorused' by the strong riffing in the real chorus.

If it's hard to make a judgement call on the finished product at least the earlier Anthology 3 version**** gives us a clue as to how Paul got there. At this stage the 'real' chorus appears almost as an ad-libbed afterthought and it's pretty clear that the opening section is supposed to be the chorus. At some point McCartney obviously decided the ad-libbed bridge was more hooky than the chorus and switched roles but the 'old chorus' retained it's place at the top of the song.

I think this is fascinating for two reasons. Completing the song through jamming seems to have enabled Paul to switch off his inner critic and create a chorus that is simpler than a more focused writing session might have produced. And secondly the unusual position of the 'bridge' at the start of the song survives as a vestigial part of an earlier version. 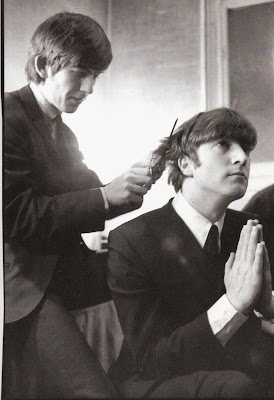 The Verse Cut Is The Deepest

This is probably the only song I've encountered that has Lennon Edits (Ticket 37) and Lennon Extensions (Ticket 52) in the same section. Verses 2 and 3 are 7 bars long. Both of them slam straight into the chorus where you might expect a second bar of the E chord.

Verse 1 adds in an extra bar of E, but earlier in the progression, delaying the change to G major (0:29), which none of the others do. The genesis of this idea is, again, uncovered by the Anthology 3 version where the change to G is sloppy and unclear and the band are obviously following McCartney's lead. At some point the changes got nailed down as they often did with Lennon's songs (see Happiness Is A Warm Gun). 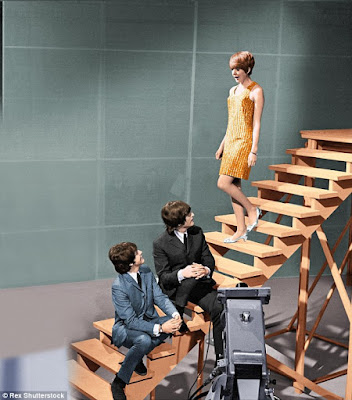 But why go down at all? Why not up? Or up and down?

Because you go down on a Helter Skelter. And you go round and round as you go down. This is brilliantly represented by constantly switching between A and E. And why use 16th notes? Because Paul warned us he was “coming down fast” and the riff represents that literally.

Was this use of madrigalism deliberate? I doubt it. But a good songwriter will always search for what 'feels' right and it always feels right when the music supports the lyrics.


*You could argue (quite successfully) that Love Me Do has an AABA structure and that section is the verse, but as they repeat the same lyrics for every verse it functions somewhat like a primitive chorus.

**Get Back pulls the same trick

*** A similarly minimalist approach to the descending b7th chromatic line can be found in the horn part of Over You by Aaron Neville (0:05).

Thanks to Ciro Urso on the BSA Forum for help with research.

Email ThisBlogThis!Share to TwitterShare to FacebookShare to Pinterest
Labels: Chords, Eleanor Rigby, Helter Skelter, Structure, THE BEATLES aka WHITE ALBUM, The Who