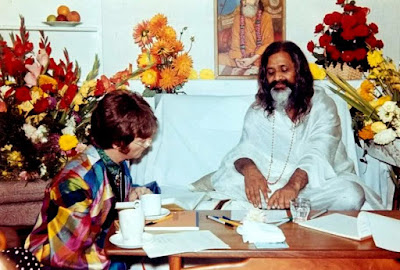 The '7 drop' (Ticket 60) is one of the great chord moves in the Beatles toolbox, but on Sadie it isn't just chronically overused - but used in a really ambiguous way.

In Sadie the chords G to F# to Bm should be I VII iii but you could argue that the beginning of the verse is really bVI V7 i and we're in the key of Bm rather than G major. If we're not in Bm from the start of the verse we certainly are by the time we get to Bm. – the C# in the melody -

reinforces the fact that the F# is acting as a dominant V chord (the V of iii). However we only remain in Bm till we hit the C major. Then we're definitely in G major. This is so disorientating that the Bm almost feels like the first bar of the verse. Lennon slaps us in the face with the C# melody note then pulls the rug from under us with the C chord. Melodic uncertainty abounds. Yet McCartney pulls a similar stunt in Yesterday (in fact he goes further out of key) but doesn't create the same sense of confusion. Let's compare them. 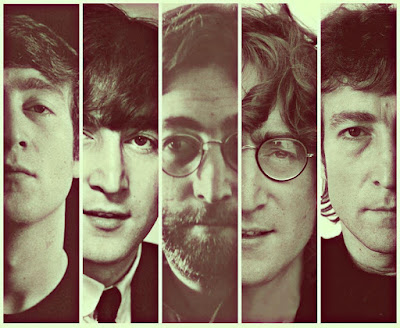 All My Modulations Seemed So Far Away

Both verses start in G major* over a G major chord, Yesterday gets a full bar before the 'drop'; Sadie only half a bar. Over the drop both melodies start to go out of key

Yesterday has two out of key notes to Sadie's one (the F# is in key) and the D# isn't even supported by the chord, but we never lose our footing.

It's clear the 'seven drop' (a 'weaker' minor chord - F#m vii) is just a slight detour because the III (B7) is telling us Em is the new tonic chord. In fact the B7 is acting as the dominant chord of Em (the V of vi) just the way Sadie's F# - Bm is acting like the dominant chord of Bm (the V of iii). The difference is that in Yesterday Em and G major are relative keys (meaning they share all the same notes) so we're already feel 'back home' but in Sexy Sadie F# is telling us Bm is the new tonic chord, which is a completely different key and one immediately contradicted by the C major chord that follows it.

As we've found before (compare Something with Old Brown Shoe) bad Beatles songs don't employ different compositional techniques to their greatest songs. They often use exactly the same techniques, but over use them, use too many different ones or employ them too early. That's certainly the case here. There isn't anything here that's wrong - just too many right things, too often or all at once. The way the F# chord appears so soon, repeatedly trying to lead us to a new key that never sticks is one of the most disorientating aspects of the song. 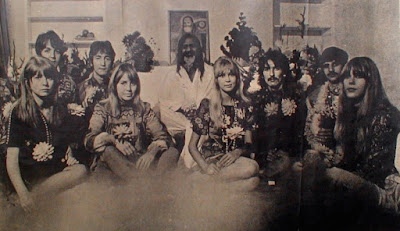 So there we have it. It would be remiss not to note that the chords in bars 3 – 6 of Sadie's verse are same as bars 1 – 4 of the chorus of Karma Police by Radiohead, a debt which they openly acknowledge. But not as openly as I admit this collaboration I did with fellow Beatlemaniac Stuart Kidd blatantly borrows from them both. There's such a resemblance we called it ... Sadie's Sister


*For the sake of comparison I'm treating both songs as if they are in G major. Sexy Sadie IS in G major, Yesterday is PLAYED in G major but tuned a whole step down to F major.