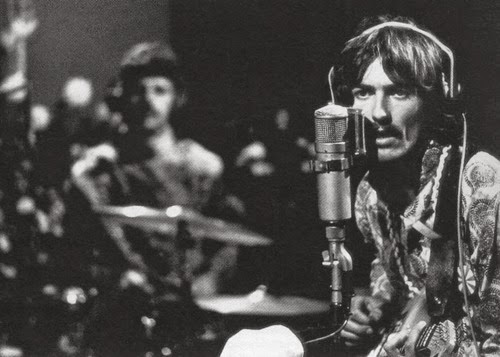 One really got the impression that George was being given a certain amount of time to do his tracks whereas the others could spend as long as they wanted. One felt under more pressure when doing one of George’s songs.

We tried to record [While My Guitar Gently Weeps], but John and Paul were so used to just cranking out their tunes that it was very difficult at times to get serious and record one of mine. It wasn’t happening. They weren’t taking it seriously and I don’t think they were even all playing on it ... [getting Eric Clapton into the studio] made everyone act better. Paul got on the piano and played a nice intro and they all took it more seriously.

Almost every Beatles song has a 'story' – the 'story' of While My Guitar Gently Weeps is that Harrison asked Clapton to play on the track to make the rest of the Beatles 'behave' and take the song seriously. The bigger 'narrative' is that Harrissongs were second class citizens at Abbey Road and didn't have the same care lavished on them as Lennon & McCartney tunes.

But is that really true?

The band tracked the song on the 5th Sept 1968. Clapton recorded his part on the 6th. The only contributions on that day, other than George himself, were Paul's vocal harmonies and bass, and Ringo's tambourine and castanets overdubs. It's hard to believe that Eric's presence had any real effect on the band's behaviour at that late stage. UPDATE 50th Anniversary Edition reveals Clapton tracked his part live with the band on the 5th.

What about other tracks?

Here's a list of all George's Beatles tracks* with the number of takes spent on the rhythm track. I've used this as a rule of thumb because that's the only time the whole band would need to be involved. Overdubs might not require any other member. 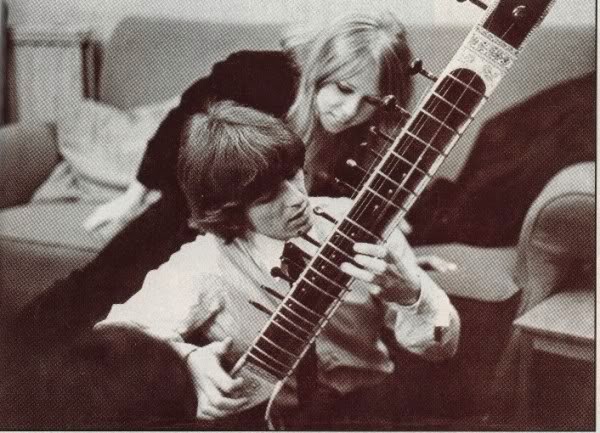 Four of these tracks were not only laboured over, but recorded, then scrapped, and rerecorded.

In the case of While My Guitar Gently Weeps it wasn't merely the backing tracks that were scrapped. After tracking 'version 1' Harrison spent an entire eight-hour session trying to record a backwards guitar solo. The following day he recorded two lead vocal parts, alongside maracas, drums and lead guitar. Then he binned the whole thing, enlisted Eric Clapton and started all over again.

What to make of all this?

The proportion of 1st takes to 101 takes, and of scrapping recordings and starting again, looks broadly same as Lennon & McCartney's work on their own songs. Michelle was recorded (and mixed) in a single day. Happiness Is A Warm Gun took forever. Ob-La-Di, Ob-La-Da and Strawberry Fields Forever were scrapped and rerecorded, as were One After 909 and Hold Me Tight.

As I've written before it's one thing taking up your bandmate's time with something either world class (Strawberry Fields) or very complex (Warm Gun). But imprisoning them in the studio so you can flog a dead horse (Maxwell, Ob-La-Di, Not Guilty) is just going to make everyone crazy.

Looking at the figures it's hard to believe George got a raw deal when he'd made John 'world's shortest attention sp...oh look something shiny' Lennon sit at the Electric Harpsichord for 101 takes***.

George seems to have been indecisive or ill-prepared**** when working on his own songs and, perhaps understandably, lacking in confidence. Compared to the uber-confident, omnicompetent McCartney (who demoed a 'full band' version of Come And Get It on his own, in one hour!) and the laid back Lennon (who often got bored of his own songs before anyone else could) he was perhaps the least fun Beatles to 'work for'. 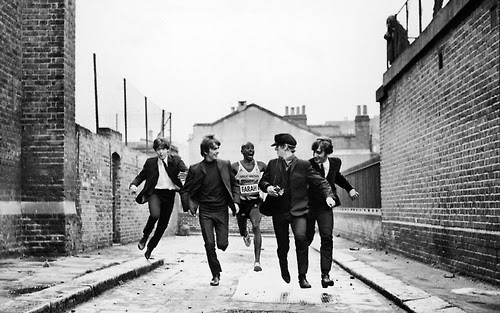 *I've not included The Inner Light and Within You Without You as no other Beatle was involved with the basic track.

**Not Guilty was not included on The White Album and remained unreleased until Anthology 3.

***Perhaps that explains why Lennon often excused himself when George was recording one of his songs. Of the 22 released, Lennon plays no part in 6, and contributes only backing vocals to 4 others.

****For example each 'version' of While My Guitar has different (or extra) lyrics.
Posted by Matt Blick at 13:30