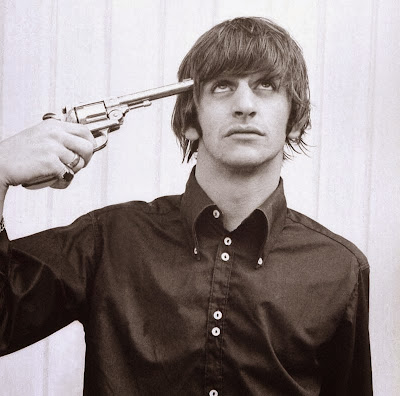 Rhythmic Shenanigans in Happiness Is A Warm Gun

Last time we broke down this song into four sections and noted that throughout there are interesting things going on with the beats, bar length and time signatures

Section 1 (She's not a girl) is in 4/4 but when we get to the second half (She's well acquainted...) the length of the phrases change.

Section 4 (Happiness is a warm gun) comprises of a four bar sequence (C, Am, F, G) played twice in 4/4. Then the same sequence is played three times in 3/4 before switching back to 4/4 for two more times. Following a pause for a false ending (ticket 47) we get the 4/4 two more times. 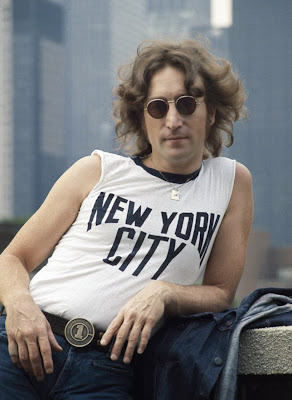 John Lennon Likes To Be In America

Dropping or adding beats (tickets 37 and 52) and alternating time signatures (ticket 15) are something that Lennon did in his sleep from She Said She Said to All You Need Is Love. In fact I think it took more effort for him to confine himself to 4 beats in the bar (see the outtake of I'll Be Back and last weeks post). But the rhythmic monkey business takes a step up in section 3.

You could look at each riff in the Mother Superior section as one long bar with 9 beats followed by an even longer one with 10 (a Lennon extension- ticket 52). But the first 3 beats have a double time feel – a 3 over 2 hemiola (see ticket 29). That's very hard to count, not to mention play! How did Lennon (and Ringo and the boys who undoubtedly forced him to play it the same way every time) 'feel' such a complex rhythm?

It is probably easier to look at it as a bar of 6/8, followed by two bars of 3/4. For this you could count

The question remains: where did Lennon get such a bizarre rhythmic idea from? 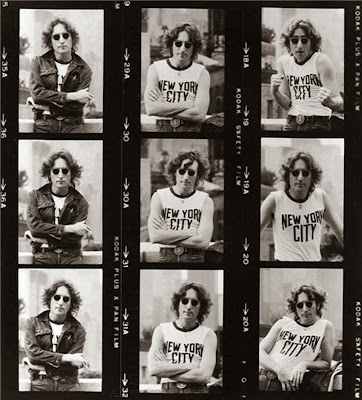 He got it from America. The time/tempo change is EXACTLY the same rhythmic figure that appears in Leonard Bernstein/Stephen Sondheim's West Side Story. If you have any doubts try singing “I like to be in America, merica” over the Mother Superior bit and you'll see what I mean. Did Lennon know this song?

The West Side Story film soundtrack occupied the UK top 20 album charts from Mar 62 to Nov 65. It was up there when the band performed in suits for the first time in a small Jazz Club near Liverpool and was still in the charts when they filmed the video for We Can Work It Out. It rubbed shoulders with every album from Please Please Me to Help! Lennon must have been aware of it. 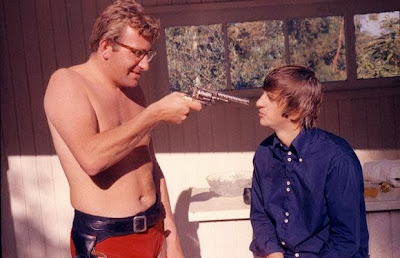 But it's Ringo, not John, who pulls off the most impressive rhythmic feat, in section 4. Beatles guru Alan Pollack says “poor Ringo particularly sounds like he's struggling” - but he's wrong. Misunderstood genius Ringo is introducing true polyrhythms to the Beatles and he's doing it like a Boss. When the band switch to 3/4 ("when I hold you...") Ringo ignores the time change and carries on playing in 4/4, meaning the beat is constantly turning around. The clever part is Ringo's 9 bars of 4/4 and the band's 12 bars of 3/4 both add up to 36 beats, so at the end they all come back together perfectly in sync.

Ringo was more than used to handling time changes, having switched between 3/4 and 4/4 in Lucy In The Sky, Mr Kite, Bungalow Bill and Mr Mustard (what is it with songs named after people & time changes?) so it's a little patronising to assume he plodded along because he couldn't switch gears. No one ever accused John Bonham of that when he barged his way though Black Dog and others.

There's a nod to this polyrhythmic approach earlier on. In section 1, Ringo is playing the bass drum on 1st beat and the snare on the 3rd beat. When he hits the 2/4 bar mentioned above we should get a bass drum on the one followed by another bass drum. But Ringo plays right through as if the 2/4 bar never happened. So the drum part on the last few bars are the wrong way round. The bass guitar also helps the mask the weirdness because, playing the root and fifth of the chords on the 1st and third beats Paul should play the 5th of Dm (which is an a) but actually plays the root note of Am (which is still a!).

So I think Ringo deserves his own ticket to write. Ticket 63: Use polyrhythms.

Next time we'll look at what ties this mad piece together and pick out a few more cool songwriting tips.
Posted by Matt Blick at 10:00