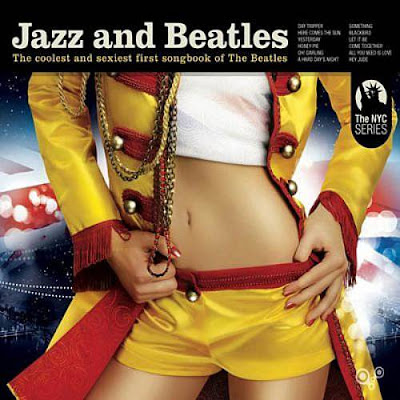 My dad's always played fruity old songs like that...I like the melody of old songs, and the lyrics actually as well...I would quite like to have been a 1920's writer, 'cause I like that thing...up in top hat and tails...So this is just me...pretending I'm living in 1925.

'Honey Pie' was me writing ... to an imaginary woman, across the ocean, on the silver screen...it's another of my fantasy songs...it's not a parody, it's a nod to the vaudeville tradition that I was raised on.

The Beatles frequently dabbled in what Paul called 'fruity songs' and John Lennon dismissed as 'granny music' - deliberately and derivatively old fashioned songs. Love em or loath em, this breadth of styles is another mark of the Beatles songwriting greatness. Can you imagine Zeppelin/Gaga/Bieber/Springsteen revisiting long discarded unfashionable genres? Discuss...

Of all the Beatles time travelling Honey Pie is probably the most assured 1920's jazz pastiche and would sit happily in a 'Jim Mac's Jazz Band' set list. 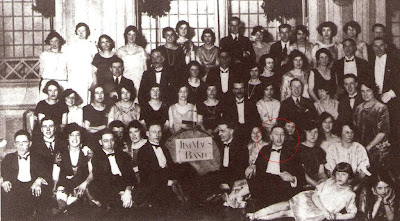 First of all we have a 12 bar long jazz style verse (tickets 35 and 53). In modern pop songs the verse appears two or three times with different lyrics, but in jazz songs the verse, is usually sung once at the beginning, often in free time, to set the scene - lyrically, the content of all verses like this can be boiled down to “And that is why I say...”. Then we have a 32 bar 'chorus' or refrain in an AABA structure (Ticket 26).

In contrast Yellow Submarine (which Lennon didn't hate, by the way) was more of a folk song, though it did originally have an intro verse. When I'm Sixty Four and Maxwell had no intro verse,  Sixty Four has two very non-jazz bridges (both subtly different) and musically Maxwell is straight forward verse/chorus 60's style cheesy pop.

Within the structure, we have a very consistent attention to detail in the period vocabulary and whimsical tone of the lyrics

I'm in in love but I'm lazy
Honey Pie
silver screen
weak in the knees
you are driving me frantic
my position is tragic
will the wind...kindly send her sailing back to me

And while, Paul is no match for any of the great showtune lyricists of the early 20th century he displays true wordsmithery here, in his command of assonance and alliteration -

alliteration – will the wind, blew her boat, across the sea, send her sailing, silver screen

The arrangement keeps up the 20's conceit in obvious (scratchy old record effect - 0:10) and subtle (distorted, over-compressed sax/clarinet) ways. There is no double tracking, Ringo uses brushes on the kit, and George's bass on the 1st and 3rd beats contrasts with Paul's 4 to the bar piano chords (which is usually the role of rhythm guitar). But John's chord stabs really add to the groove and the whole track swings.

You can't say the same for Lennon's solo though. When George Harrison said "John played a brilliant solo on 'Honey Pie' - sounded like Django Reinhardt or something" he was right up to a point. The point being 1:40 onwards. Because, after a few bars of genius (1:33 – 1:39), he hilariously bails out, realising he can't navigate the changes and quits while he's ahead.

Next time we'll finish up with a look at the heart of this great song – the melody and chord progressions.