Back In The USSR: Anniversary Edition Notes 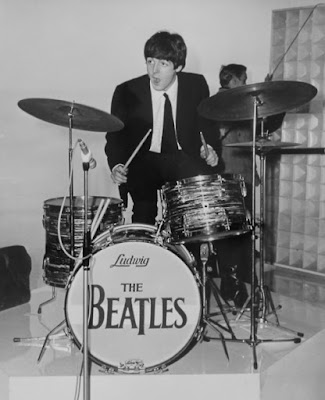 Update: I realised I'm doing this all wrong. These notes will be most helpful (to me and anyone else) if I arrange them by song. So here we go. Take 2!

The White Album: 50th Anniversary edition gives us an interesting window into the development of the songs via the facsimiles of Paul's “Spring Songs: Rishikesh 1968” (PM:RM) and the (probably) post-Rishikesh lyric manuscripts (PRM), the Esher demos (ED), the track listings (TL) and the outtakes.

Back In The USSR arrived back from Rishikesh (PM:RM) with no final verse and an alternate line in the 1st verse

The song remained the same for the Esher demo where it was played in F# (using barre chords in standard tuning). The final verse appears in a PRM with the last line initially missing then added as

By the final version it's become

Let me hear your balalaika ringing out

And more importantly the song is now in A, the higher key better suiting a 'rock and roll screamer'.

The TL and outtakes sheds some light on why all three remaining Beatles* have been mysteriously credited on bass and drums. Track 1 has George playing a backbeat on snare (with possibly a little bass drum thrown in) while Paul lays down guitar. Next John plays 6 string bass while Paul overdubs piano. However, a closer listen ('Instrumental Backing Track') reveals John is picking and strumming it like a guitar rather than attempting to play a bassline.

The most I can hear on this 'outtake' are two, possibly three, standard electric guitars, two 6-string basses played as guitars, and two drums tracks. My guess is that only Paul played 'real' bass and drums, with George laying down the 'click-track' snare only and John playing 'guitar' on a bass. Standard guitar parts by Paul, George and possibly John. Paul may have also doubled his own regular lead guitar on the bass-VI as well (2:51 in right speaker).

The BVs have Paul and George up high with John singing bass – a role he also fulfils on Happiness Is a Warm Gun and Piggies.

Stereo vs Mono: apparently the outro airplane 'sample' sounds really bad on stereo version - “an abomination of a jet sound”– due to a mistake by tape-op John Smith. The mono is fine and Giles has now fixed the weird dogwhistle effect on the stereo – but TBH once you're comparing the relative tonality of jet engine samples you need to get a life.

Which clearly, I do.

Email ThisBlogThis!Share to TwitterShare to FacebookShare to Pinterest
Labels: Back In The USSR, Esher Demos, White Album 50th Anniversary