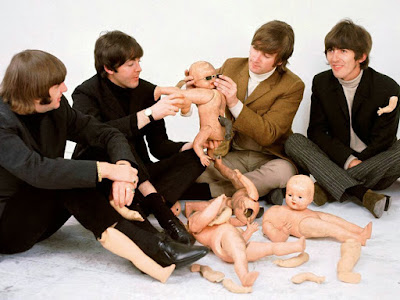 Cry Baby Cry occupies a unique position in the Beatles catalogue. There are many songs where Lennon and McCartney both claim to have contributed the majority of a song, but here we have a song that neither Lennon nor McCartney wanted any credit for. The acrimonious atmosphere it was recorded in caused long time engineer Geoff Emerick to quit, telling George Martin "I want to leave now, this very minute." Yet the band seemed to work conscientiously on it, knocking it out in a couple of days.

Cry Baby Cry was another of John's songs from India … Because John had divorced Cynthia and gone off with Yoko, It meant that I'd hear some of the songs for the first time when he came to the studio, whereas in the past we checked them with each other.

Paul gives John sole credit, denying involvement or even prior knowledge! But when asked by Playboy for his thought on the song Lennon simply replied

Not me. A piece of rubbish

Paul's statement is self contradictory. If it was a Rishikesh song then Paul must have heard it. And he certainly heard it again when they gathered to demo songs at George's house Kinfauns. Why was he so keen to distance himself from this one when he admitted he liked it?

And why did John, the Beatle most likely to get bored and lose focus, put so much work into “a piece of rubbish”, reaching McCartney levels of multi tracking, playing acoustic guitar and then overdubbing organ, piano and lead and backing vocals?

A day rehearsing and a day plus change recording is reasonable going for late-era Beatles. It's doesn't seem like the kind of work-rate that would leave lots of time for bitter feuds. And nailing the basic track in ten takes doesn't seem like the kind of problem piece that would cause bad feeling. It's a far cry from scrapping and rerecording the entire thing as they did with other songs on this album. So what made Geoff quit on this of all days? 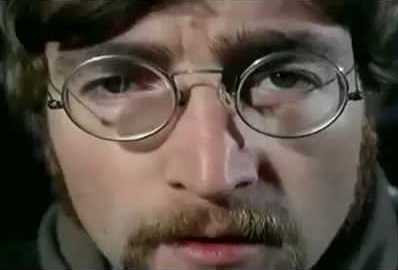 Sometimes when a relationship breaks down, the 'straw that breaks the camels back' is something innocuous. A casual observer might be nonplussed as to what the problem is. It's only when you dig around that you understand.

The Beatles 'every member has a veto' policy had them deadlocked. Where they used to earmark a song as a single before it had even been written now they were at a standstill. In fact, worse than a standstill, they were forcing themselves to go back and rerecord songs like some kind of tie-breaker. In the end neither John nor Paul got what they wanted. Paul gave up on Ob-La-Di* and offered Hey Jude in it's place and Revolution was relegated to the B side.

So it's my hunch that the bad feeling at the session and the eagerness to disassociate themselves with Cry Baby Cry was actually based on all the crap that has gone on before.

Does this have anything to say to us lesser mortals trying to write better songs? 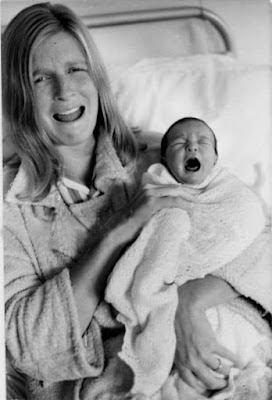 Recovering From A Difficult Birth

Songwriters and recording artists can find it impossible to be objective about their own work. For an artist, the song is almost inseparable from the circumstances of it's creation. John said “I can't stand hearing them all the time! Because I have to relive the sessions. It's not like I hate Beatles music. It's like reading an old diary [or going] through your old snapshots”**

A song that flowed out in a single sitting or a track that was a first take is always going to have a warm glow about it. Compare that to a song that was slaved over, rewritten, rerecorded, remixed endlessly. I experienced this with my song I Got Lost. When I heard positive comments from first time listeners I was surprised. I had regarded the song as difficult and inaccessible. Why? I struggled to get the vocal track down, recording it over three separate sessions. The dread of revisiting the vocal booth had coloured my perception of the song.

When the audience hears our song they only hear the song. But a songwriter can hear 'two' songs. The song as they originally conceived of it and the reality. The intention verse the execution. This is an insidious pastime to indulge in because the imaginary song is often perfect whereas the reality can fall drastically short.

So once you have created your song, open it out to the world. During the creation process yours is the only opinion that truly matters so 'keep the door shut'. But once you've finished, or more accurately, 'released' your song your opinion of it is only one among many and no more valid than anyone else's. Listen to others and be willing to be wrong.

Cry Baby Cry isn't deep and meaningful, but it is a great song. It's the result of simply Lennon's imagination taking a stroll in the Wonderland of his youth. It's a well crafted in performance arrangement and composition. That's what I'd tell John and Paul.

Recommended Post: How To Catch A Song Without Killing It
and Three Hammer Prevention Questions


*Paul's nose for a number one was vindicated when Marmalade topped the charts with a faithful cover of the track in 1969.
**All We Are Saying (p.148)