Under The Influence: Douglas Adams 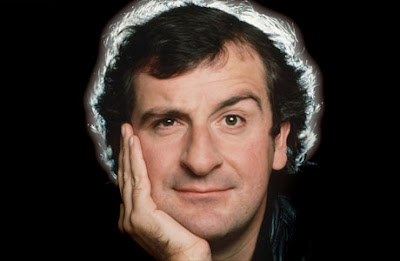 I vaguely remember my schooldays. They were what was going on in the background while I was trying to listen to the Beatles.

Author Douglas Adams referenced the Beatles through out his writing career from the essay on religious poetry that got him into St John's College, Cambridge to the first Dirk Gently novel in 1987. 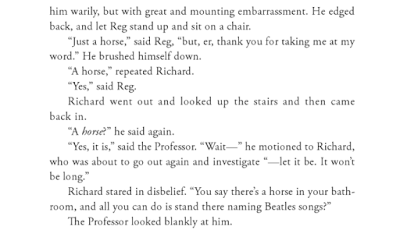 As a guest on the BBC radio show Desert Island Discs he picked Drive My Car because his favourite Beatles song was “too obvious” and his favourite album was Plastic Ono Band - “for my money the greatest album ever made by anybody under any circumstances”. Throughout his life Douglas listened to at least one Beatles album at least once a week. His top 20 songs, in order of preference -

Here is a tribute he wrote on Paul McCartney's 50th birthday 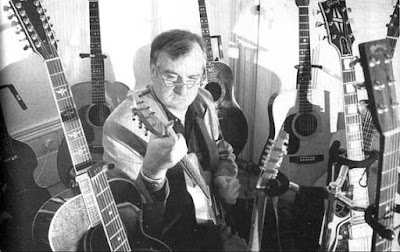 I vaguely remember my schooldays. They were what was going on in the background while I was trying to listen to the Beatles.

When “Can’t Buy Me Love” came out, I was twelve. I sneaked out of school during morning milk break, bought the record, and broke into matron’s room because she had a record player. Then I played it, not loud enough to get caught, but just loud enough to hear with my ear pressed up against the speaker. Then I played it again for the other ear. Then I turned the record over and did the same for “You Can’t Do That.” That was when the housemaster found me and put me into detention, which is what I had expected. It seemed a small price to pay for what I now realize was art.

I didn’t know it was art then, of course. I only knew that the Beatles were the most exciting thing in the universe. It wasn’t always an easy view to live with. First you had to fight the Stones fans, which was tricky because they fought dirty and had their knuckles nearer the ground. Then you had to fight the grownups, parents and teachers who said that you were wasting your time and pocket money on rubbish that you would have forgotten by next week.

I found it hard to understand why they were telling me this. I sang in the school choir and knew how to listen for harmony and counterpoint, and it was clear to me that the Beatles were something extraordinarily clever. It bewildered me that no one else could hear it: impossible harmonies and part playing you had never heard in pop songs before. The Beatles were obviously just putting all this stuff in for some secret fun of their own, and it seemed exciting to me that people could have fun in that way.

The next exciting thing was that they kept on losing me. They would bring out a new album and for a few listenings it would leave me cold and confused. Then gradually it would begin to unravel itself in my mind. I would realize that the reason I was confused was that I was listening to Something that was simply unlike anything that anybody had done before. “Another Girl,” “Good Day Sunshine,” and the extraordinary “Drive My Car.” These tracks are so familiar now that it takes a special effort of will to remember how alien they seemed at first to me. The Beatles were now not just writing songs, they were inventing the very medium in which they were working.

I never got to see them. Difficult to believe, I know. I was alive at the time the Beatles were performing and never got to see them. I tend to go on about this rather a lot. Do not go to San Francisco with me, or I will insist on pointing out Candlestick Park to you and bleating on about the fact that in 1966 the Beatles played their last concert there, just shortly before I’d woken up to the fact that rock concerts were things you could actually go to, even if you lived in Brentwood.

A friend of mine at school once had some studio tickets to see David Frost’s show being recorded, but we ended up not going. I watched the show that night, and the Beatles were on it playing “Hey Jude.” I was ill for about a year. Another day that I happened not to go to London after all was the day they played their rooftop concert in Savile Row. I can’t—ever—speak about that.

Well, the years passed. The Beatles passed. But Paul McCartney has gone on and on. A few months ago the guitarist Robbie McIntosh phoned me and said, “We’re playing at the Mean Fiddler in a few days, do you want to come along?”

Now this is one of the daftest questions I’ve ever been asked, and I think it took me a few moments even to work out what he meant. The Mean Fiddler, for those who don’t know, is a pub in an unlovely part of northwest London with a room at the back where bands play. You can probably get about two hundred people in.

It was the word we that temporarily confused me, because I knew that the band that Robbie was currently playing in was Paul McCartney’s, and I didn’t think that Paul McCartney played in pubs. If Paul McCartney did play in pubs, then it would be daft to think that I would not saw my own leg off in order to go. I went.

In front of two hundred people in a pub, Paul McCartney stood up and played songs he’d never, I think played in public before. “Here, There and Everywhere” and “Blackbird,” to name but two. I’ve played “Blackbird” in pubs, for heaven’s sake. I spent weeks learning the guitar part when I was supposed to be revising for A-levels. I almost wondered if I was hallucinating.

There were two moments of complete astonishment. One was the last encore, which was an immaculate, thunderous performance of, believe it or not, “Sgt. Pepper’s Lonely Hearts Club Band.” (Remember, this was in a pub.) And the other was one of the world’s greatest rock ’n’ roll songs, “Can’t Buy Me Love,” which I had first heard crouching with my ear cupped to the Dansette record player in the school matron’s room.

There is a game people like to play that goes, “When would you most like to have lived and why?” The Italian Renaissance? Mozart’s Vienna? Shakespeare’s England? Personally, I would like to have been around Bach. But I have a real difficulty with the game, which is that living at any other period of history would have meant missing the Beatles, and I honestly don’t think I could do that. Mozart and Bach and Shakespeare are always with us, but I grew up with the Beatles and I’m not sure what else has affected me as much as that.

So Paul McCartney is fifty tomorrow. Happy birthday, Paul. I wouldn’t have missed it for the world.


Source: Wish You Were Here by Nick Webb
The [London] Sunday Times, June 17, 1992 Quoted in The Salmon Of Doubt.

70+ Songwriting Tips From The Beatles

The BeAtletudes
About Beatles Songwriting Academy
Let's Build An Airport EP
Posted by Matt Blick at 06:46