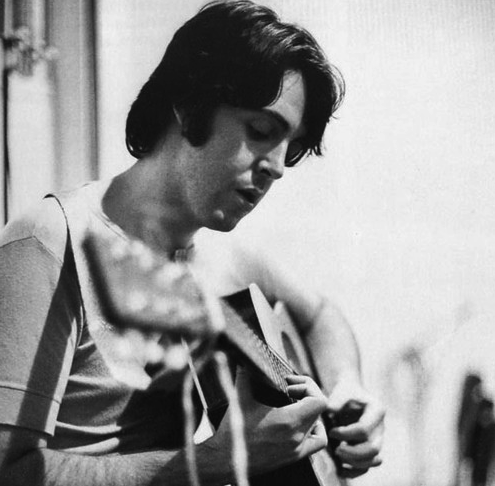 For me I Will is a timeless Beatles song that could have snuck onto any album from '64 onwards. But for the fact it's almost a solo McCartney track (Ringo & John percussed) I could imagine the band 'soundchecking' it for Victor Spinetti in A Hard Days Night. It's a sweetly unassuming, brilliantly composed track. It shows why Paul is both a master wordsmith and bad lyricist. And, thanks to the Esher demos on Anthology 3, it gives us an insight into the different working processes of Lennon, McCartney & Harrison.

We've looked at Piggies and Happiness Is A Warm Gun already. Compositionally Piggies is pretty much finished by the time it's demoed, but undergoes a folk to classical makeover in the studio, dumping Blackbird and shacking up with Eleanor Rigby. Warm Gun on the other hand is totally hot-rodded - one section removed, others added in - the band are 'all hands on deck' to pimp Lennon's ride. 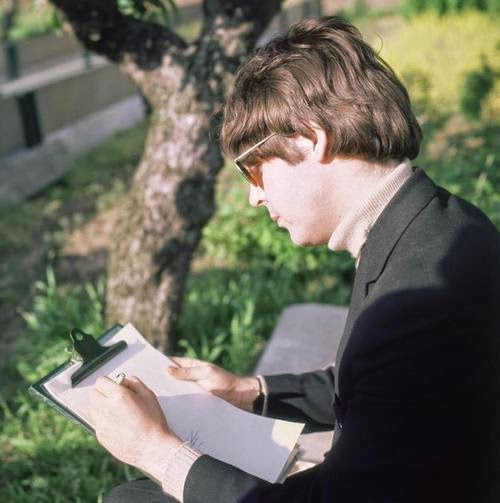 In contrast, I Will is almost identical to the finished product, bar one thing - the lyrics. Even the clave-like 3 over 4 hemiola (Ticket 29) at the end, which sounds off the cuff on the album (1:42 WA*), is there on the demo (this time played on guitar - 1:46 A3**). The melody, the arrangement, the chords, down to the odd dissonant passing chords in the final verse (1:11 WA/1:13 A3), are all there. But the lyrics are still incomplete. Though some lines are clearly bloopers (he reverses “endear you to me” on the demo) the fact that he has every other detail nailed down, implies that lyrics are the last thing on his mind (quite literally).

Next time we'll look at the music, but for now let's examine the words – good and bad, and what they tell us about Paul the lyricist.

First we have the ever present rhyming of ideas, or parallel lyrics as I've come to call them (ticket 24)

love you forever/love you whenever

Paul plays off the title brilliantly

will I wait a lonely lifetime? / If you want me to I will

I will always feel the same

On top of this standard poetic devices abound like alliteration

how long I've loved you

After the triple rhyme of

the run on line has a brilliant internal rhyme again

the things you do – endear you to me

calling this worthy of Gershwin might be a slight stretch to but those old school writers certainly wouldn't have been ashamed to pen a verse like that.

sung on the 7th rising to the root note (E to F). The penultimate line ends with a statement

(You know) I will

the melody reprising the 7th to root note movement before the final soaring octave leap (I Will!).

Overall this is pop lyricism at it's most transcendent – the words have rhythm and melody in themselves – they 'sing' without the need for music. So why do I say they represent McCartney's bad writing too?

In the bridge McCartney uses cliches like he gets them wholesale. Ask anyone you know (a child!) to fill in the blanks

They might say 'ever' in place of 'forever' but I bet they score highly - like bridge of Oh Darling! this is an utterly predictable clichéclasm.

Secondly – what is the story? A hymn to an unknown, or possibly unrequited, love? At first listen, maybe. But in verse 2 we learn it's a love he's never seen (or can't remember seeing)

For if I ever saw you, I didn't catch your name

Perhaps the woman of his dreams? But by the bridge he Loves her whenever they're together. So he does know her!

But by verse 3 we're back to the unknown woman again.

And when at last I find you

And we won't even get into who is, or should be, singing 'her song'.

In some ways this is McCartney's companion to While My Guitar Gently Weeps – a great song with great lyrics...and bad lyrics. I think for Paul as a lyricist, both the genius and the failings have the same root. Words are things to be manipulated, just like notes. The notes and chords have to be aesthetically pleasing, but they don't need to 'mean' anything. McCartney's work seems to display the same attitude to words.

One final thing, which I noted as a fault but I'm beginning to suspect is a mark of genius.

The rhyme scheme in the verses (or A sections) is ABCB

but in verse 3 the scheme is not only extended, but ultimately abandoned as McCartney bails out on the last line - ABCCCD 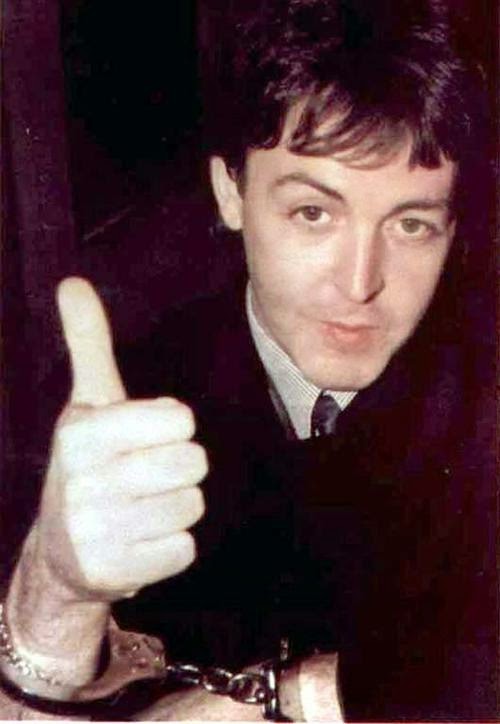 That last line should stick out like a sore thumb but it doesn't (be honest – had you even noticed it?). Perhaps the reason we don't is that the last word in verse 3 is the same as in verse 1 (it's also the title). Am I saying you can bail out of a rhyme scheme by substituting the same word you used in a different verse? It would appear so. Paul did EXACTLY the same thing in The Long And Winding Road

Email ThisBlogThis!Share to TwitterShare to FacebookShare to Pinterest
Labels: ANTHOLOGY 3, Esher Demos, I Will, Lyrics, THE BEATLES aka WHITE ALBUM