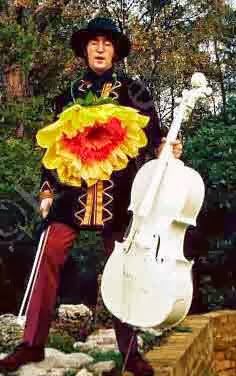 Coherence and other stuff

Having looked at the origins and rhythmic vagaries of one of John Lennon's weirdest songs, let's ask the fundamental songwriting question. How does a song made up of 4 unrelated bits* hang together so well? 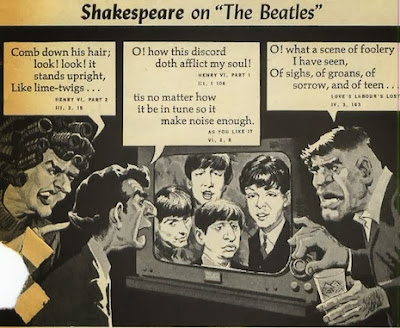 Odd time signatures are obviously a motif, there's lots of root - fifth movement in bass, and though instruments are being added to the guitar/bass/drums backline throughout, the instrumentation is pretty static. As Shakespeare wrote “brevity is the soul of wit”**, so cramming masses of inventive music into 2:43 there's little chance of getting lost or bored. But the common ground between sections is more due to what's left out than added in.

Though sections 3 and 4 are tied together by the key word 'gun' (jumped the gun/warm gun) there are few lyrical motifs. But all the sections (apart from the first) have very few words.

Musically there is limited harmony. Apart from the first 8 bars in Em, everything is in Am or it's relative C major (which has an identical set of notes) or a modal progression rooted in A (section 2). The only chords used are Am, C, Dm, Em, F, Fm, G and their variations***.

The range of the melody is also limited. Section one is little more than a 3 note pattern (first in the key of Em then Am). Section 2 uses a minor 7 arpeggio A C E G and the last two sections use the minor pentatonic plus a second (A B C D E G).

A few songwriting tickets worth mentioning in closing 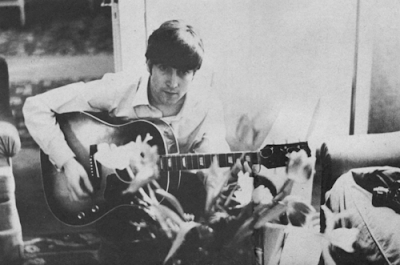 What's not to love?

“Do do do do do do. Oh yeah” must be one of Lennon's most pointless lines ever, but doesn't stick out because it has it's own tune. And if you're wondering what that weird vocal noise is at 0:57 on the stereo version, John sang the "I need a fix" section twice, but the first was muted to make way for the fuzz guitar solo. During mixing the vocals were brought back up too early

Email ThisBlogThis!Share to TwitterShare to FacebookShare to Pinterest
Labels: Happiness Is A Warm Gun, THE BEATLES aka WHITE ALBUM