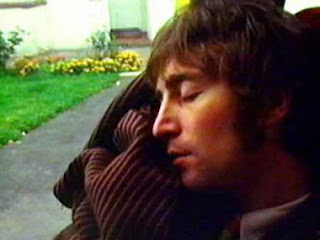 It's not surprise that a song called I'm So Tired was written by John Lennon, the Beatle dubbed “probably the laziest person in England” and the composer I'm Only Sleeping and Good Night (Paul's Golden Slumbers being the only non-Lennon sleepy Beatles song).

What is more surprising is that it is such a well crafted, compact (ticket 2) song, worthy of Lennon's '64-'66 golden period, but with grungy production and real sense of humour. A perfectly written song with a woozy melody that is surprisingly 'vertical' for Lennon. John himself held it in high regard -

One of my favourite tracks. I just like the sound of it, and I sing it well


Lennon accompanies his own excellent vocals with some great organ playing, along with electric and acoustic guitar, McCartney doubles on electric piano, and Ringo overdubs a second kit (panned centrally on the choruses with the original kit panned left). Ringo, like the rest of the band, is on form, a subtle swing almost undetectable on the chorus (where everyone is banging out ¼ notes) but coming through on the verse.

More surprises? Though there's a massive contrast with the ragged Bungalow Bill, in terms of writing and performance, both songs were recorded and completed in the same session, the day before Lennon's 28th birthday.

Does the song consist of early period 'verse and bridge' structure (ticket 26) or more modern pop style verse and chorus? On balance the “You say I'm putting you on” feels more like a chorus but if so, it's one of the rare occasions that the title appears in the verse, rather than the chorus. 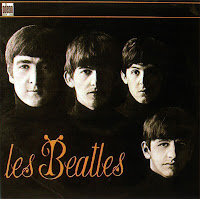 The spoken outro is gibberish, rather than anything meaningful in french, and certainly not any backwards masked message about Paul being dead.


The most fascinating elements to this song are the way it's built on a 12 bar structure though it isn't a blues, the use of madrigalism to unify the mood of the lyrics and music and as always a judicious helping of crazy out key chords. We'll cover some of those next time!
Posted by Matt Blick at 06:30

Email ThisBlogThis!Share to TwitterShare to FacebookShare to Pinterest
Labels: Golden Slumbers, Good Night, I'm Only Sleeping, I'm So Tired, THE BEATLES aka WHITE ALBUM, The Continuing Story Of Bungalow Bill