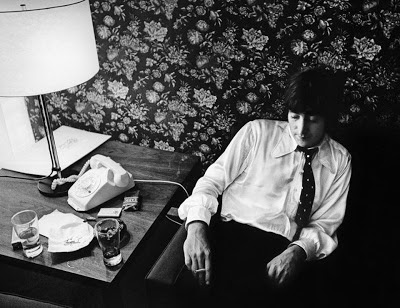 Last time, I characterised I'm So Tired as a throwback to an earlier standard of writing for Lennon. One very clear blast from the past is the return of melisma, the technique of stretching one syllable over many notes. Melisma is all over early Beatles albums like a rash

But it all but vanished from later work, the only real example that come to mind is Because “it turns me on------”.

Here though it really emphasises the drowsy subject matter, stretching out “I'm so-o-o-o tired” like one long yawn. The effect is even more pronounced when he slides down from a B to a G# on the second verse “I'm sooooo tired”

In fact the whole song is great example of madrigalism (Ticket 49), the stretched out lazy rhythm of the vocals and the drop from the root chord to the (out of key) VII chord

makes it sound as though he's sliding down the wall as he slips into unconsciousness. 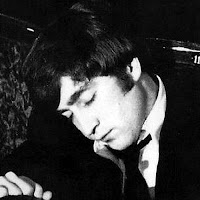 There's a lot of originality in the melody too. Lennon stays off the root note, hardly ever coming to rest (geddit?) The melody starts very unusually on the 2nd degree of the scale (ticket 50), the 2nd verse slide (see above) misses the root note out altogether and John uses other non-chord tones (ticket 13) as well, mainly singing lots of B's over D chords (6th).

In fact the whole song avoids camping out on the root. At the end of the verse the melody lands on the root, but over a Dm chord (the legendary iv or minor 4 chord) and at the end of the chorus we get the root chord A major but Lennon stubbornly keeps singing an E (the 5th). Apart from a solitary incident of b3rd blue notes, (ticket 22) on “no no no” the melody is completely diatonic giving a great example of ticket 14 – write in key melody over out of key chords. (We'll look at those chords next week).

Lyrically, we have some parallel lyrics (ticket 24)

and straight repetition (I'm so tired on line 1 and 2) which adds to the stickiness, but the jewel in the crown is the humorous rhyming of cigarette/stupid get*, which should be enough to earn Lennon the title of 'Scouse Cole Porter'. It's something that the Arctic Monkeys did well on their first two albums, most notably coupling 'Ford Mondeo' with 'have to say owt' on When The Sun Goes Down.

Lennon sings “my mind is set on you” which is a weird phrase, especially when you think that 19 years later George Harrison went on to cover Rudy Clark's 1962 song Got My Mind Set On You.

Coincidence or something more sinister?!?!?!**

*If you're wondering 'get' is the Liverpool pronunciation of the English word 'git' which is roughly equivalent to the American 'S.O.B'.

**It was a coincidence, obviously. And yes, Paul is still alive.
Posted by Matt Blick at 10:49

Email ThisBlogThis!Share to TwitterShare to FacebookShare to Pinterest
Labels: All I've Got To Do, Arctic Monkeys, Because, George Harrison (Solo), Hold Me Tight, I Wanna Be Your Man, I'm So Tired, Melisma, Misery, Not A Second Time, THE BEATLES aka WHITE ALBUM