Half of what I sing is meaningless?

Julia is a fantastic example of odd structures and out of key chords. But that was something John Lennon often excelled at. Rarer, though not unique, is his brilliant command of lyrical imagery and form here.

The lyrics here really draw you in to the singers headspace – all the more remarkable when you realise the Beatles method of parallel lyrics (ticket 24) is largely absent and is there is no rhyme scheme at all! How does Lennon craft such compelling lyrics without the most common structural device in pop music?

Firstly we are dealing with a very compact lyrics (ticket 23) only 54 words in total. The title appears 15 times, the refrain so I sing a song of love 5 times and the hook lines calls me/touch me appear twice each.

The title bookends the 12 bar verses

Julia, seashell eyes,
Windy smile, calls me.
So I sing a song of love, Julia.


and appears twice at the beginning of the first and third of these longer verses.

Julia, Julia,
Ocean child, calls me.
So I sing a song of love, Julia.

No one ever walked away from this song asking “what was that track called again?” 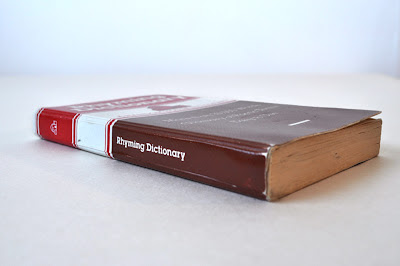 to make the lyrics 'sing', but for me the high point of the lyrics is where Lennon rhymes an idea rather than a vowel sound creating a brilliantly unique turn of phrase.

this technique is a major component of ancient hebrew poetry like the book of Psalms. 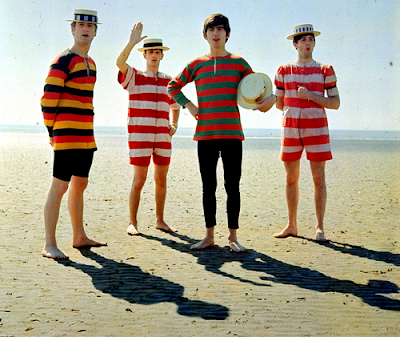 
Lastly John is incredibly consistent with his imagery. Though the song is about a real woman almost all the imagery is focused on sea and sky.

This last ticket to write is something I employed on a song called There Goes The Moon. It's another song about a mysterious lady, but in that instance I tried to employ only lunar imagery. (You can download a free mp3 demo here). Honing a songs images like this can give a real sense of unity to a lyric and limiting yourself in this way can also force you to come up with lots of fresh phrases.

(By the way – I used the 'rhyming idea' concept to generate the title. Can you work out which Beatles song's title concept 'rhymes' with There Goes The Moon?)