Why Wasn't Brian Wilson As Successful As Lennon and McCartney? 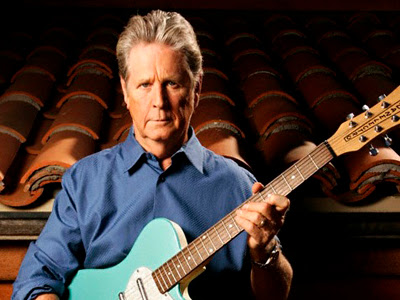 No other band is more frequently mentioned as the Beatles songwriting equals as the Beach Boys (the Rolling Stones debate rages over who was edgier, cooler or more 'authentic'). Beatles Songwriting Academy focuses not just on how we can write great songs like the Beatles but how can we be great writers? One way to tackle that is to look at someone who had the biggest chance of matching their genius and yet sadly failed. Having just finished I Just Wasn't Made For These Times: Brian Wilson and the Making Of Pet Sounds. I present my findings here. 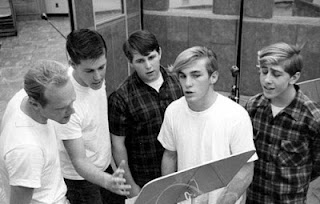 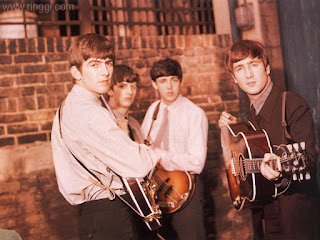 Broadly speaking the Beach Boys were rawer and less well formed at the start of their recording career. Mike was 20, Al and Brian were 19, Dennis was 17 and Carl was under the legal limit for just about everything at 15. The band were signed just before the Beatles but unlike The Beatles, who had endured a punishing apprenticeship in performance in Hamburg and the North of England, they had no live experience whatsoever. Neither band had a massive amount of songwriting experience prior to being signed (despite the self generated hype that Lennon & McCartney had already written 100 songs). But from the outset The Beach Boys were more prolific, (releasing three albums per year to The Beatles two) but with less quality (the classic album Shut Down, Vol. 2 features two covers, one fake argument and a drum solo!) and more original tunes (The first two Beatles albums have six covers a piece). 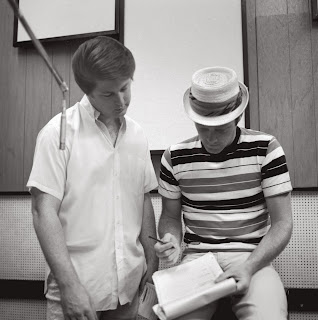 However, where the Beatles were a totally self contained songwriting unit with three world class writers, from the earliest times Brian Wilson collaborated mostly with outside writers (usually lyricists). In fact the first album without outside help (other than a Christmas album) was Wild Honey, the band's 13th studio album. Even the legendary Pet Sounds album was co-written almost entirely with Tony Asher, an advertising copywriter with no songwriting experience. Previous collaborators included radio DJ, Roger Christian, which perhaps shows that Brian, like Lennon and McCartney, didn't hold lyrics in too high a regard.

One thing Brian and his English nemeses had in common was that they stopped touring prior to creating their groundbreaking work. In Brian's case the band continued to tour without him while he concentrated on writing and recording. Is touring the enemy of songwriting? (discuss).


Why wasn't he as successful?

However you compare the bands' early pop single/teen sensation form and however you rate Pet Smile vs. Sgt. Rubber Revolver it's beyond argument that Brian's explosive originality was cut short while The Beatles went from strength to strength and continued to release many quality songs well into their solo careers. Why did Brian crash and burn in such a spectacular fashion? 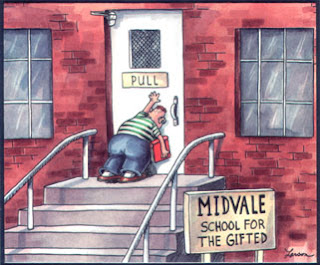 There's a phrase in Christianese 'unequally yoked' that borrows the imagery of a team of oxen plowing together. They have to be a similar size and strength or they won't be able to work together effectively without strain. Dennis Wilson himself admits “There wasn't one person in the group who could come close to Brian's talent” (p.13). 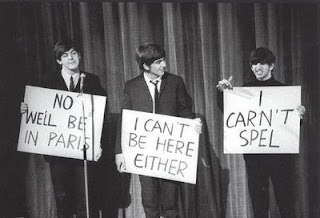 The Beatles were largely equals. 40 years on, try posting “Lennon (or McCartney, or Harrison) was the real songwriting genius in the Beatles” then sit back and watch the debate rage. But no one argues over who was the genius in the Beach Boys. (Here's a fun thing. Try typing "Mike Love is a ..." into google). Even as a band, George and Ringo were totally capable of fulfilling the vision of every song (not withstanding Paul's periodic descents into controlfreakery). In contrast Pet Sounds was almost completely a Wilson solo album. The Beach Boys played on one track, and sang on only 13 of the 36 minutes, much of it backing vocals. One of the stand out tracks, 'Caroline No' was even released as a Wilson solo single.

Being first among equals isn't a problem in itself. Think of the many visionaries who have thrived in bands and out of them. Springsteen, Waits, Sting, Dylan, Bjork, Van Morrison, Kate Bush. What destroyed Brian's usefulness was that those around him gave him little or no support when they failed to catch his vision but still considered themselves his equals.

On hearing Pet Sounds for the first time, band mate Al Jardine said “[We were] dismayed – and that would probably be an understatement” (p.166). Record label producer (and armchair psychotherapist?) Nik Venet said “I thought Brian was screwing up. He was no longer looking to make records, he was looking for attention from the business. He was trying to torment his father with songs his father couldn't relate to, and melody structures his father couldn't understand" (p. 186). Mike Love quotes Capitol Engineer Karl Engemann as saying “even though he like Pet Sounds a lot, he asked if we couldn't make more records like the old stuff” (p.186). The label as a whole showed a similar lack of vision when they killed the album's chances of charting higher by rush releasing Best Of The Beach Boys a mere two months after Pet Sounds.


“When you're on the edge, you need to know that if you jump, somebody will catch you. And sadly, despite all he had accomplished as an artist, he just didn't have that kind of support in his life”   (p.208).


Ringo many years after the Beatles split summed them up as “just four guys who loved each other”. Pre-acrimonious split they displayed such a unity of purpose that the Stones dubbed them a 'four-headed monster'. In Parlophone/EMI they had a label that wouldn't have dared to tell them what to release, so long as they released something. In George Martin they had a producer who recognised their talent and was prepared to let them experiment even if he didn't quite get it. And in Brian Epstein they had a manager who, for all his failings, genuinely loved them (and in more than a physical sense). This never seems to have been Brian Wilson's story. The Beach Boys manager was Brian's abusive father and failed songwriter Murry Wilson. 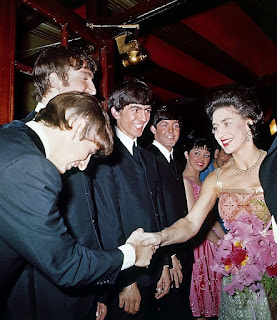 3) Unable To Cross Over

If Brian didn't get enough support from the band for his pioneering work, the American public seemed pretty clueless too. From the outset the Beatles managed to cross boundaries of age and class. Even before Lennon and McCartney really hit their groundbreaking stride highbrow music critics were fawning over their 'aeolian cadences'. McCartney won 11 Ivor Novello (songwriting) awards before he was 25. They were embraced by everyone from small children to the royal family, from the gutter press to the BBC and endlessly discussed by religious and psychological pundits. By contrast The Beach Boys seemed to be teen sensations, unable to grow up. In many of Wilson's songs (like Wouldn't It Be Nice) the singer is a kid looking forward to being an adult. When I'm Sixty Four has a similar point of view but with a much older head on it's shoulders. The Beatles started as street wise young adults and grew up quickly. 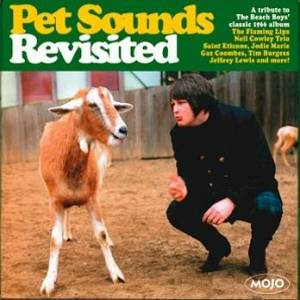 Beatles album covers were trend-setting and iconic, the B&W With The Beatles, The wonky Rubber Soul, Abbey Road. Sgt. Pepper forever changed the way album covers were perceived. How many Beach Boys covers can you remember?

Mike Love says “[Paul McCartney] mentioned that we ought to take more care with our album covers. Paul was the mastermind behind the Sgt. Pepper album cover, which was detailed and brilliant. Ours...was a photo taken at the San Diego Zoo.” (p.183). And what are 'Pet Sounds'? Tony Asher says “I thought it was a goofy name for an album – I thought it trivialized what we had accomplished” (p.182).

The Beatles made music video an art form. Even within trainwrecks like Let It Be and Magical Mystery Tour there are stone cold classics videos like the roof top performance and I Am The Walrus. If you've ever watched the promos contained on the Pet Sounds 40th Anniversary Edition you'll see excruciatingly amateurish home movies that make the average YouTube video seem like Spielberg. 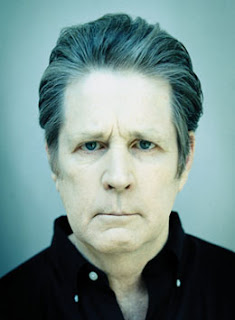 Brian couldn't take his drugs. Which is a big statement when you're contrasting him with someone who called a board meeting to announce he was Jesus Christ in the middle of an acid-induced meltdown. But where Lennon merely went on to making a lousy album with Yoko before leveling out, Wilson didn't bounce back. Ever. Once again, there was no one who was really there to support him.


So how can you maximize your potential as a songwriter? Get a good graphic designer and stay away from drugs...? That would help. But above all, a songwriter needs people around him/her who recognise and support their gift. 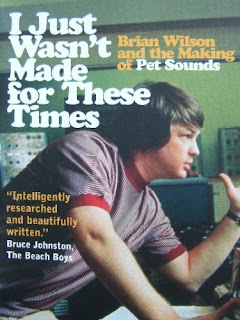