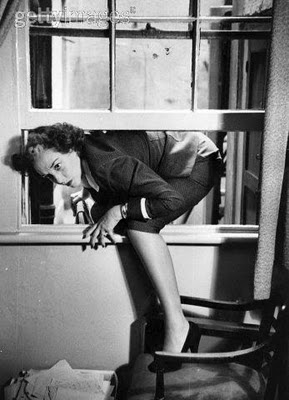 Now we get to our first song that forms part of The Long One. The music is cool in a variety of ways but the lyrics are some of the worse that the Beatles ever released. In fact they’re so bad that I feel it’s time to inaugurate the Lyrical Hall Of Shame.

The lyrics stink in a myriad of ways but the overarching crime is that they’re portentous nonsense. Now I’m not against nonsense per se. When we get to Strawberry Fields  and I Am The Walrus  *SPOILER ALERT* expect me to gibber like a bewigged fanboy. But this is a different story…


Let Macca Tell You A Story...

Didn’t anybody tell her?
What? Sucking your thumb is a bad habit? Or that there was nothing of interest in the bathroom and it really wasn’t worth the effort of climbing through the window.
Didn’t anybody see?
Her magical ninja spoon? Her unorthodox entry? (Perhaps she is a thief?!!!)
Sunday’s on the phone to Monday. Tuesday’s on the phone to me.
Let’s take a break for a self-referential nod towards Lady Madonna. The fans will dig that.


She said she’s always been a dancer.
A spoon-wielding, thumb sucking dancer. Or maybe even dancing thief!
She worked at fifteen clubs a day.
That has to be against all union regulations. You would think a woman who owns her own lagoon wouldn’t need to work so hard.
And though she thought I knew the answer.
The answer to that question that you haven’t actually mentioned so far? We’re beginning to have a few questions of our own Paul.
Well I knew what I could not say.
You do surprise me. You’re normally so articulate.

And so I quit the police department.
There’s another little detail you forgot to mention. You’re a police officer. Or you used to be. Is it too much to ask why you quit?
And got myself a steady job.
Most people would say being a police officer is a steady job Paul. Pension, health care, no chance of work drying up.
And though she tried her best to help me.
Presumably by performing another cross-city dance-a-thon? Why doesn’t she sell that lagoon?
She could steal but she could not rob.
Genius.
Really.

Does anyone know another word for synonym?

This is a bad song (lyrically) because -

Email ThisBlogThis!Share to TwitterShare to FacebookShare to Pinterest
Labels: ABBEY ROAD, Hall of Shame, Lyrics, She Came In Through The Bathroom Window