Let It Be vs Abbey Road 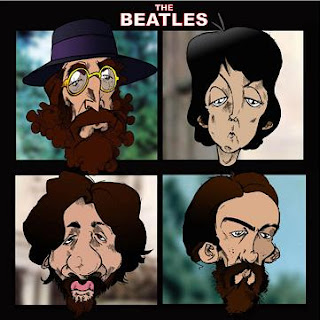 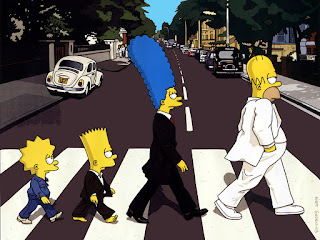 I guess the general consensus is that Abbey Road is a classic, though possibly underrated, album – a return to form even. Whereas Let It Be is a scrappy mess, a badly developed snapshot of a band drowning in dysfunction.

How you view them is further coloured by which one you think came first.

Did they end on a profound, but meaningless, high - their final message to their loyal fans “And in the end the love you take is equal to the love you make" or did they end on the roof of the Apple building, the song petering out and Lennon fatuously joking “I hope we passed the audition”?

My view (which I’d like to think is what you’re here for) is that they’re two sides of the same coin.

Both albums present a songwriting partnership that could no longer work together and a band running out of ideas. Old songs and incomplete fragments abound. This is partly why Harrison shines so brightly on Abbey Road. He’d never really been able to get anyone to work with him, so the lack of collaboration was nothing new.

The reason they were such different albums can be answered in two words. 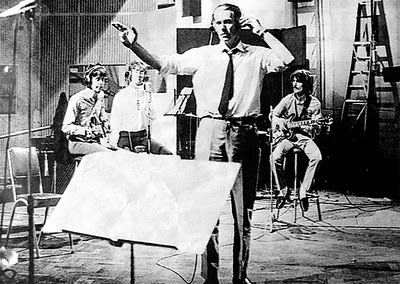 Let It Be was Lennon & McCartney’s vision. Macca to 'get back' to what the Beatles did best - being a live band. Lennon to do an 'honest' album 'with none of [George Martin's] trickery'.

The problem was that The Beatles hadn’t been a good live band for about 5 years. But undeterred they headed off to their jerry built '72 track studio' (!) while Martin (understandably) made himself scarce as the slow motion train wreck ran it’s course. Glyn Johns and then Phil Spector were left to sift through the wreckage.

Spector finally produced a workable album by abandoning Lennon’s original vision (which is something that often happened). But by then The Beatles themselves had admitted defeat, doing extensive overdubs on Let It Be & I, Me, Mine before Spector arrived.

Humbled by the miles of unreleaseable audio tape and a documentary film so embarrassing that the Beatles haven’t dared reissue it to this day McCartney went cap in hand back to Martin with the request to do an album 'like the old days'.


So then the difference between Let It Be & Abbey Road is what a great producer can achieve with a dysfunctional band and patchy unfinished material. Abbey Road is a triumph of the producers art and Let It Be...isn't.

Though there are some classic songs there, both albums are slim pickings for songwriters.

The long and winding medley.


Martin wanted to stretch the Beatles by pushing them into more classical style thematic development & recapitulation. Lennon wasn’t convinced, either ideologically ("that’s not rock and roll to me, George") or temperamentally (too much like hard work). The album was called Abbey Road because  the band were too lazy to go any further than the street outside to shoot the cover!

McCartney was a willing pupil, but all he had were unrelated fragments. Even some of the songs in the medley (e.g. You Never Give Me Your Money) were themselves collections of musical fragments. Maybe they could have done something on this kind of scale on ‘The Beatles’ or Sgt Pepper. But not now.

I’ll look at ‘the long one’ as a piece in it’s own right and a collection of individual songs but to be honest my conviction is that the medley isn’t really a unified piece of music at all and judging each part in it’s own right most of the songs don’t stand up.

Am I wrong? If you think I am, leave me a comment! I'm open to correction....

Watch the Fab Faux play The Long One here

Email ThisBlogThis!Share to TwitterShare to FacebookShare to Pinterest
Labels: ABBEY ROAD, George Martin, LET IT BE (album), The Long One