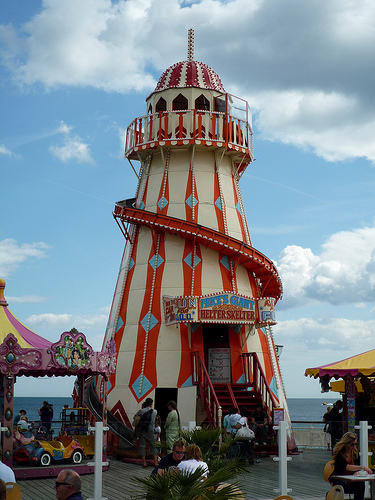 The Who had made some track [I Can See For Miles] that was the loudest, the most raucous rock 'n roll, the dirtiest thing they'd ever done. It made me think, 'Right. Got to do it.' I like that kind of geeking up. And we decided to do the loudest, nastiest, sweatiest rock number we could

We tried everything we could to dirty it up

Paul McCartney: Many Years From Now

Helter Skelter is a great little song that doesn't quite live up to it's premise as a recording and is arguably twice as long as it needs to be.

I've never listened to it properly, it was just a noise

Competition with Brian Wilson, Bob Dylan and most of all each other, often brought out the best in The Beatles but The Who was a band too far. Ian MacDonald calls the track “clumsy”, “ridiculous” and “a drunken mess” with “McCartney shrieking weedily against a massively tape-echoed backdrop of out-of-tune thrashing." Although Paul had been screaming like Little Richard since he was a small boy here he doesn't seem to have the vocal chops to pull it off and more worryingly, neither do the production team. Chris Thomas, filling in for the holidaying George Martin, and engineer Ken Scott, replacing Geoff Emerick (who quit two months earlier) provide a palate dominated by clanky bass (played by Lennon), weak drums, drowned by cymbals and a second guitar that is just fizzy, white noise.

The track is often lauded as a proto-heavy metal track and given a free pass sonically - 'overlook the crappy sound like you'd excuse your granddad's poor hygiene' but, like your grandpa, that just won't wash. By Sept 1968 Hendrix had already released Are You Experienced and Axis: Bold as Love and was just about to drop Electric Ladyland, so in the nasty sweaty stakes, the Beatles were playing catchup. Listen to Jimmy Page's production of Whole Lotta Love recorded just 8 months later. Cleaner and heavier. In fact it is a truth universally acknowledge that less distortion, not more, is the way to make tracks (especially guitar) sound heavier.

McCartney's hysterical delivery, all maniacal giggling (0:15) and excess saliva (“shee you again” 0:11, 1:45), reeks of overcompensating and the backing vocals are counterproductive – the 'oohs and aahs' - more 'soft perm' than hard rock - actually lighten the track. But the lead guitar is where the Beatles are lacking heft. John, Paul and George have their shining moments elsewhere but none were able match the sheer bombast that Page, Clapton, and Beck could produce. 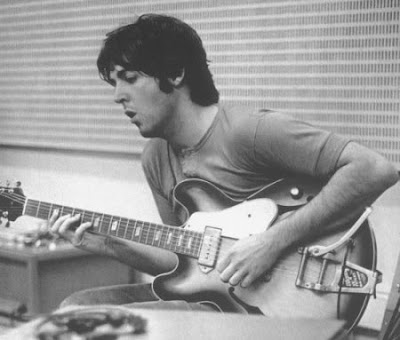 
The fact that the mono version fades out a minute earlier without detriment to the song (other than losing Ringo's “blisters on my fingers” line) reveals how bloated the stereo version is. We get 3 verses, 3 choruses, 2 bridges and a guitar solo all packed into 2:30. What more do we need? Well, apparently 2 full minutes of vamping on the tonic chord. This breaks down as follows

False endings (Ticket 47) can be cool (check out We Were Born To Be Loved by King's X - 2:55 onwards - for a masterclass) but here it's overdone and undermined by the banal jamming of a band clearly having more fun than we are.

The track could have ended around 3:04 (where McCartney is speaking in a Yorkshire accent*, audible on the stereo version) but I suspect the reluctance to fade quickly comes from a desire to the showcase the 'avant garde a clue' playing of Lennon on Tenor Sax and roadie Mal Evans on trumpet. But, on an album featuring Revolution 9, the atonal jamming is surplus to requirements.

Next time we'll take a more positive look at the songwriting itself.

Thanks to Ciro Urso on the BSA Forum, The White Album Project and Beatles Bible for help with research.

*McCartney says “Hey! Come here son. I saw you do that you little bugger! Put yer bloody hands on here. Come on”

Email ThisBlogThis!Share to TwitterShare to FacebookShare to Pinterest
Labels: Helter Skelter, THE BEATLES aka WHITE ALBUM, The Who