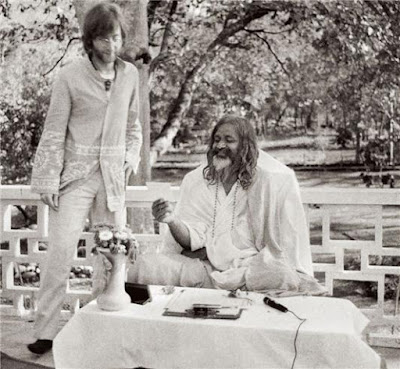 I don't think Sexy Sadie really works [if that makes you angry read this!]. Last time I looked at it's troubled origins. Now lets get to the main problem compositionally - it's almost entirely discordant and unresolved.

Our main hook (the title) is diatonic.

Sexy Sadie A B G E

So what's the problem? The three times we encounter it, it clashes with the underlying chords. This melody would sound great over C major, Em, Am, maybe even Bm. But we hear it first over G - F#7 then F#7 - F and finally C - A7 making this an example of ticket 9 (recycling melodic fragments) over bad chords. How bad? Let's analyse the intervals


So to summarise – on the hookiest part of the song we have dissonance - a b2nd, and a b3rd over a major chord; and a lack of resolution - the phrase ends on a b7th and a 7th ; and all of the final chords in the 'hook' are out of key – F#7, F and A7 are the VII7, bVII and III7 respectively.

Having a melody that sounds like it was conceived with different chords in mind (Ticket 56) is something Lennon used sparingly to great effect (e.g. A Day In The Life 0:32) but here, Sadie's 'ghost chord progressions' create disorientation and fatigue. 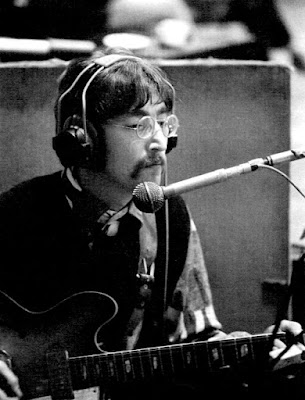 Here Come The Drop or "Would You Like Some Dinner With Your Ketchup?"

Speaking of overuse - the verse employs the same '7 drop' chord progression (Ticket 60) that is a compositional highlight of I'm So Tired and Yesterday. Both of those songs use the move once per verse but in Sadie's verse G major is followed by an F# every single time. Appropriately, given it's unhappy genesis, the whole song is literally a 'downer'. The end of the bridge extends the reoccurring G - F# '7 drop' to an A7 - Ab7 - G – F#. 'OOKC's' (Out Of Key Chords - Ticket 28) are the special sauce the Beatles sprinkled on every meal, but here it's like the lid came off and smothered everything.

One of the Beatles melodic masterstrokes was delaying the moment the root note and the root chord meet, enabling them to write long flowing melodies but Sadie once again overdoes it. The verse melody never unites the root note and root chord for longer than one beat. And the bridge is not much better - even though it manages to stay in one key for a whole for 4 bars! The restless nature of the song is made even worse by the Lennon edits (Ticket 37) which result in a 7 bar verse and a 5 bar bridge that overlaps seamlessly back into the verse. If ever a song needed some breathing space, this is it.

To balance emotional (not to mention harmonic) stress a song needs some lightness in the delivery, some wit or humour or, to quote Tom Waits “beautiful melodies telling you terrible things”. Here the amount of repetition kills any humour and makes it feel much longer than it's 3:15.

Next time we'll look at why the recording works against the song.


70+ Songwriting Tips From The Beatles
The BeAtletudes
About Beatles Songwriting Academy
Let's Build An Airport EP
Posted by Matt Blick at 09:18

Email ThisBlogThis!Share to TwitterShare to FacebookShare to Pinterest
Labels: A Day In The Life, Chords, Melody, Sexy Sadie, THE BEATLES aka WHITE ALBUM, Tom Waits