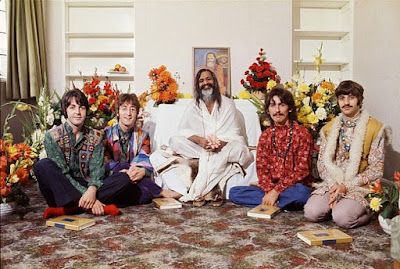 The in depth analysis I do for BSA often throws up interesting results. I've never had particularly strong feelings about Sexy Sadie or Hey Jude, but, having studied them, Jude is a far better song than I'd given it credit for (especially lyrically) while Sadie has plummeted in my estimation. As with so many bad Beatles songs (and yes there are such things) the elements that drag it down are the same ones that make other songs great. So over the next few posts we'll perform an autopsy on the the composition and recording.

But let's start with some background and note a few positives.

The Beatles arrived in Rishikesh with sky-high expectations, toying with the idea of quitting the music business to pursue enlightenment full-time. To suddenly leave a month after accusing the Maharishi of sexual misconduct was a psychologically devastating turnaround for Lennon. The last song he wrote before he left India was an expletive ridden rant , full of betrayal ... called 'Maharishi'. It sounds like a song written by an angry disillusioned rockstar, hungry and sweating in an Indian departure lounge – and that's exactly what it was. 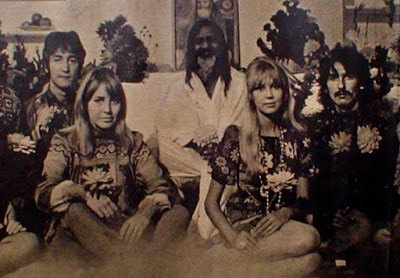 Back in England George Harrison, less ready to throw the guru out with the bathwater, persuaded Lennon not to name and shame and offered the replacement title 'Sexy Sadie'. Harrison's role in smoothing Lennon's rough edges is ironic, as the song itself comes across almost like a parody of Harrison at his worst – bitter, discordant and unresolved.

So before a note was recorded the song was already causing conflict in the band with John possibly chaffing at being censored. Once they got into the studio they flogged the song to death (just like Paul had done with Maxwell).

The frustration of the officially released third attempt shows when you contrast it with the early take on Anthology 3. The lead guitar has a hint of Curtis Mayfield, the vocal delivery is smoother and the whole thing is lighter without the piano, though ultimately the slower tempo makes the song drag.

Is Sadie just a catalogue of things that don't work? No. The lyric structure is original. Late-Beatles Lennon was always trying to write mantra-like minimalist lyrics* (with mixed results**) but Sadie's ABBA structure is fresh and effective.

Lennon turns up the contrast between the verse and the bridge (Ticket 5) .The bridge chords try to escape the constant downward spiral of the verse by ascending diatonically (Ticket 69) but if the sludgy chromatic gravity of the song is too hard to resist.

Get It Off Your Chest 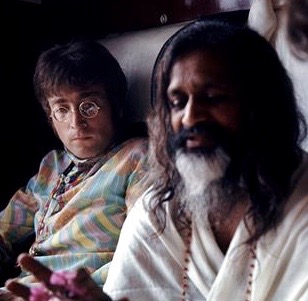 Songwriting can be therapy. When you get your heart broke (by a girl or a guru) pouring out your heart in song is a great move. But just because a song means a lot to you doesn't necessarily mean it will resonate with others. Try it out on your inner circle. Chances are if your band has doubts it's one for the archives.

Next time we'll see how John's relationship with the Maharishi is reflected in the estrangement between chords and melody.

**I Want You (She's So Heavy), You Know My Name (Look Up The Number), Don't Let Me Down are other examples.

Ant Thology: Why I Love The Beatles Too Much To Worship Them


70+ Songwriting Tips From The Beatles
The BeAtletudes
About Beatles Songwriting Academy
Let's Build An Airport EP
Posted by Matt Blick at 08:42