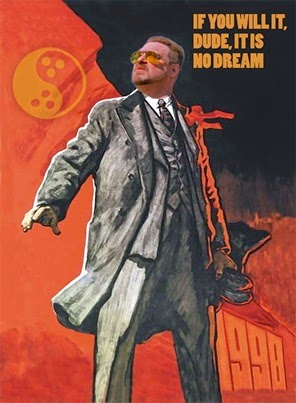 I've had an interesting problem analysing I Will. Having taken it apart it's hard to see where the magic resides. On the whole it's not brimming over with originality or rule-breaking quirkiness but I think I've found a few points we can take away. The very plain diatonic melody is transformed by a clever rhythmic device and the standard structure is tweaked throughout by a number of interesting substitutions.

The vocal melody is constructed largely of chord tones moving in intervals of 2nds or 3rds and Lennon and McCartney's usual 'blue notes' spices (b3, b5, b7) are absent. But what we do have is a vocal melody filled with 'pushes'. Just about every other note comes before the beat. 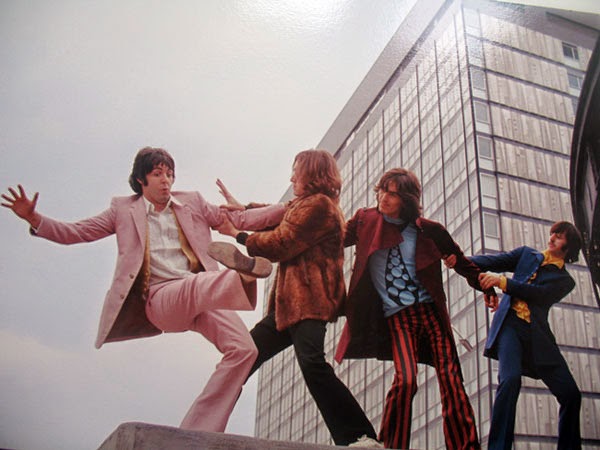 What this means is that we're constantly arriving on a chord tone BEFORE we hear the chord it belongs to. So Paul sings the F which should be over F major while the guitar is still on C major. He sings

and so on. This constant, but temporary dissonance, propels the song forward because your brain craves the resolution that comes when the correct chord 'catches up'.

The Beatles' use of AABA, or verse/verse/bridge/verse structure (Ticket 26) dates back to the first single and first album track (Love Me Do/I Saw Her Standing There) but there are a few twists.

A1 – Paul turns the would-be 8 bar sequence into a 9 bar one by replacing the usual 'final bar on the I chord' with a 2 bar turnaround lifted from the first two bars.

A2 - is 8 bars long but the final bar uses I to I7. This out of key F7 chord is what theorist call the dominant tonic, or V of IV. It prepares us for the IV chord (Bb) so strongly that it implies we've changed key to Bb. Hey Jude, which was recorded about 6 weeks earlier, pulls this exact same moves just before the line “and anytime you feel the pain”.

B - Whether we're in F or Bb now is unclear because the 8 bar bridge uses a number of chords that don't belong in either key (ticket 28). The 4th bar ends on F7 again leading us back to Bb and bars 6 – 8 lead us backwards through the circle of fifths - Dm G7 C7 F. The G7 to C7 (the V of V*) has a particularly strong homing instinct to our starting point of F.

A3 - Just to shake things up, this time we get 'stuck' on bars 5&6, playing them 3 times linked by some out of key passing chords. We then pick up with bar 7 before going into false/delayed ending on Db (the bVI7) for 2 bars before finally landing on the root.

B2 (CODA) – did I say finally? The coda is bars 1- 4 of the original B section with a modified melody.

So we have a coda and a turnaround constructed from other parts of the song (ticket 4) lots of judiciously applied out of key chord (ticket 28) like the Billy Shears approved bVI (ticket 1), two false endings (ticket 47). Not bad. Let's finish by looking at the bridge chord progression and figuring out what those passing chords are. 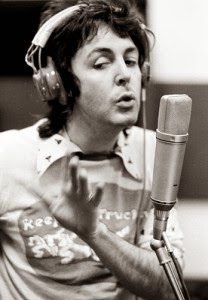 We last saw the 7 drop (Ticket 60) in I'm So Tired but let's compare how Paul uses it here with his most famous example, the opening of Yesterday.

If we put Yesterday and I Will in the same key for a moment, the first 4 chords are

For the record I don't think the bridge in I Will involves a key change, so the 7 drop starts on the IV chord not the I. Making the progression

But, as Paul says, it doesn't really matter. Once you get used to an unusual move like this it becomes an option you can slip into your song, whether you kick it off from the root (like Yesterday) or the IV chord (like I Will).

If you check the chord sites you'll find a lot of agreement on the chords till you get to the “easy to be near you line” (1:15). The chords are played

But what ARE they? Bbm, Am, Abm? Gb maj, F maj, E maj? Some combination? The easiest way to get clarity is by factoring in the melody notes. Doing that makes me lean towards calling them Bbm, F and F dim.


Believe it or not that was my 100th Beatles song folks!

Next up – Glass Onion.

Email ThisBlogThis!Share to TwitterShare to FacebookShare to Pinterest
Labels: Chords, Hey Jude, I Will, THE BEATLES aka WHITE ALBUM, Yesterday