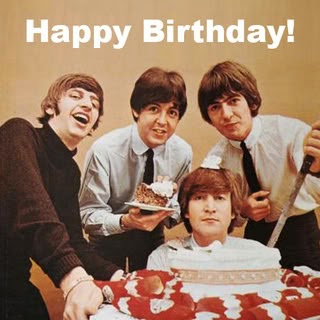 A Christmas confession. After a number of stone cold classics packed with great writing tips (Piggies, Warm Gun, I'm So Tired and Martha) it's a relief to have a song that's so lousy you can easily sum it up in one post and still get two new songwriting tickets from!

So let's wheel out Birthday. An oddly structured 'two bridge' (Ticket 62) novelty song that was written from scratch during the recording session.

As it's the time of lists here's 10 thoughts

1) Section E. For me, the hooky (Ticket 3) four bar guitar/bass break (1:48) is the high point of the track. For a few seconds the boys sound like Cream. If only Cream were any good. (I'm just kidding! They WERE good. For about four seconds).

2) The piano effect. I don't know what Ken Scott did but it was more Leslied than a room full of Leslie speakers and on the final single ringing chord (Ticket 18) it sounds like he's switching through different settings. Weird. Anyone know what it is?

3) Build up on the V chord. Section C may use the same trick as the opening of Back In The USSR but with stacked vocals harmonies we're giving the nod to Twist & Shout. A build up on the V is a songwriting trick that many writers have used and SO CAN YOU! (Ticket 65).

4) Lennon squared. One of the most beautiful sounds on God's green earth is John Lennon's double tracked vocals. Listen to the 'party' section (1:01).

5) BVs from hell. The BeatleWAGs contribution to the first bridge has to rival Macca's prepared piano on For You Blue for 'worse sound on a Beatles record'. Their impersonation of mentally-challenged martian-children should be the one that McCartney can't forgive, screwing up 50% of the two syllables they're required to sing -  the second is neither straight or pushed.

7) Empty drum beat transition. Macca counting off bars in section B, 'A Day In The Life'-stylee, suggests they were going to fill in the gaps later, but the fact that it remained 'blank' (like Two Of Us) says maybe the 'think tank' was empty.

9) Lyrics. They make no sense, follow no rhyme scheme and the few rhymes there are irredeemably dumb - “like you to dance/take a chance”

10) The 'melody'. Melody only in the most general sense. Almost monotonal.

Why is such a banal song so popular? I've shared it numerous times myself and I think the track sucks. The answer's obvious! It's an 'occasional' novelty song (Ticket 66) - meaning 'written to commemorate an occasion'. Christmas is the mother of all occasions but if you wrote a song for a public holiday or special occasion that everyone shares you could be celebrating your birthday 365 days a year.

And on that note Happy New Year from Beatles Songwriting Academy! 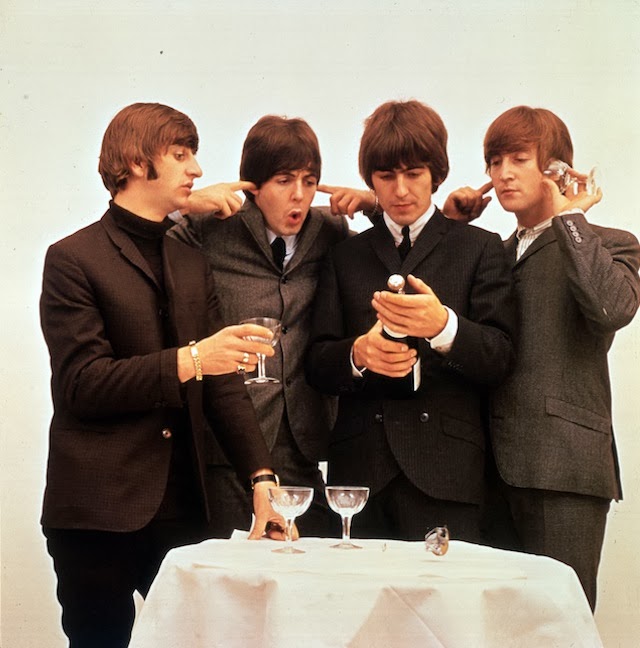 Email ThisBlogThis!Share to TwitterShare to FacebookShare to Pinterest
Labels: Birthday, Hall of Shame, THE BEATLES aka WHITE ALBUM