The Continuing Story Of The Mystery Spanish Guitarist 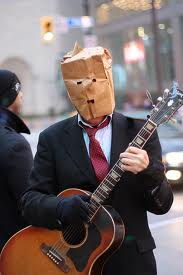 Blogging through the Beatles catalogue sometimes requires research to really get inside the songs and answer the weird questions that come up. What is that phasing effect on the drums in From Me To You? How many different versions of Get Back are there? What is that horrible ukelele sound on For You Blue? And so on.

Who was the real Bungalow Bill?

Who played 'spanish' guitar on the intro of Bungalow Bill?

Beatles Bible (again) states it's a preset on the Mellotron keyboard which sounds far fetched, as it's hard to imagine what use such a sample would be to any working musician. The mellotron (played by Chris Thomas) appears twice on Bungalow Bill (on mandolin and trombone settings) so it would be an easy assumption to make.

But having done some research I can confidently say it is a mellotron! Here's a video with the same 'sample' in action (the mellotron was not a really synthesizer but a tape loop trigger)...

and Paul McCartney does an excellent (if schmaltzy) demonstration of how such ultra specific samples may have been used in a live context. And of course he plays the intro to Strawberry Fields Forever. But then you'd expect him to.


Moral of the story? Always trust Beatles Bible. And never underestimate the weirdness of a keyboard manufacturer.

If you build it, they will strum.

Next time we'll look at the actual song.