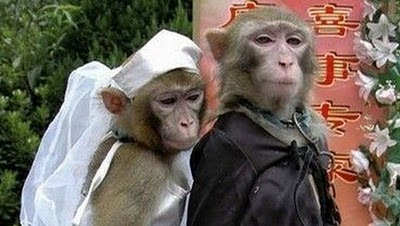 there aren't many people who can claim to have written a pop song inspired by monkey sex but Paul McCartney is in that special minority. Having witnessed the simian version of doing the nasty in Rishikesh, Macca grabbed his guitar and penned this unforgettable track. Ringo, drafted in at the last minute, prevented it being a solo McCartney track but Lennon (who was next door adding the finishing touches to Glass Onion and Piggies with Harrison) was angry at not being invited. A good thing in my opinion, as at this stage John might have been tempted to make more of a 'statement' with it. As it is, it remained a bit of cheeky McCartney fluff, on a par with calling Her Maj “a pretty nice girl”.

Question 3 is the most relevant here.

Let's face it we have a straight 12 bar blues.The same verse repeated 3 times. A grand total of 3 chords and 14 words. It should be horrible, but it's not. Why?

First, it's hard to hate a song that lasts 1:41. A short running time will always cover a multitude of sins.

Second, there's a slight ambiguity to the lyrics. We all know what the 'it' is. Any songwriting 101 class would tell you to develop the concept in subsequent verses but the fact that Paul never spells it out sustains the mystery. Where would you go with it anyway? Why don't we do it in the shed? On the roof? In the bath?

But for me the prime cause of interest is the way Paul moves the phrasing of the main line. Generally vocalists will vary notes but not change the rhythm too much, other than to stretch the whole phrase out. But Paul does some odd but cool things to the main 8 beat (2 bar) phrase. Perhaps the simplest way to explain it is to look which words fall on the strong beats (the 1 and 3).

In the first three lines of every verse there's a rest on the first beat followed by the words don't, do and road falling on the third, first and third beats (give or take a few syncopated pushes).

So we've pretty much got all the strongest words on the strongest beats (though you could argue 'it' is more important than 'do' in the phrase).

But at the end of the verse the whole phrase moves forward a beat, and now starts on the 1.

why don't we do it in the road

which gives a very off kilter feel.

On the very last line of the song the phrase is similar to the original one but squashed up and one beat shorter. The final chord lands on the one instead of the word 'road'.

This approach mimics the way a jazz instrumentalist might approach a solo, playing with the melody by displacing it. On a micro level you can hear it in some of the classic licks of Chuck Berry.

Grab some of your songs ideas, take a phrase and try moving it forwards or backwards a beat. It's a very arresting trick.

There are other cool bits that make this an enjoyable track for me. Like the fake drum intro (McCartney is hitting his acoustic guitar) before the real drum fill comes in.

The primal 'four to the floor' feel of the bass and piano suits the 'animal' subject. And the funky bass fills on v3? Take a bow Paul.

I would never have expected to get two posts out of this slender tune, but I think the very fact this song exists has something really important to teach us about the working life of a songwriter. More on that next time.

Email ThisBlogThis!Share to TwitterShare to FacebookShare to Pinterest
Labels: Chuck Berry, Glass Onion, Piggies, THE BEATLES aka WHITE ALBUM, Why Don't We Do It In The Road